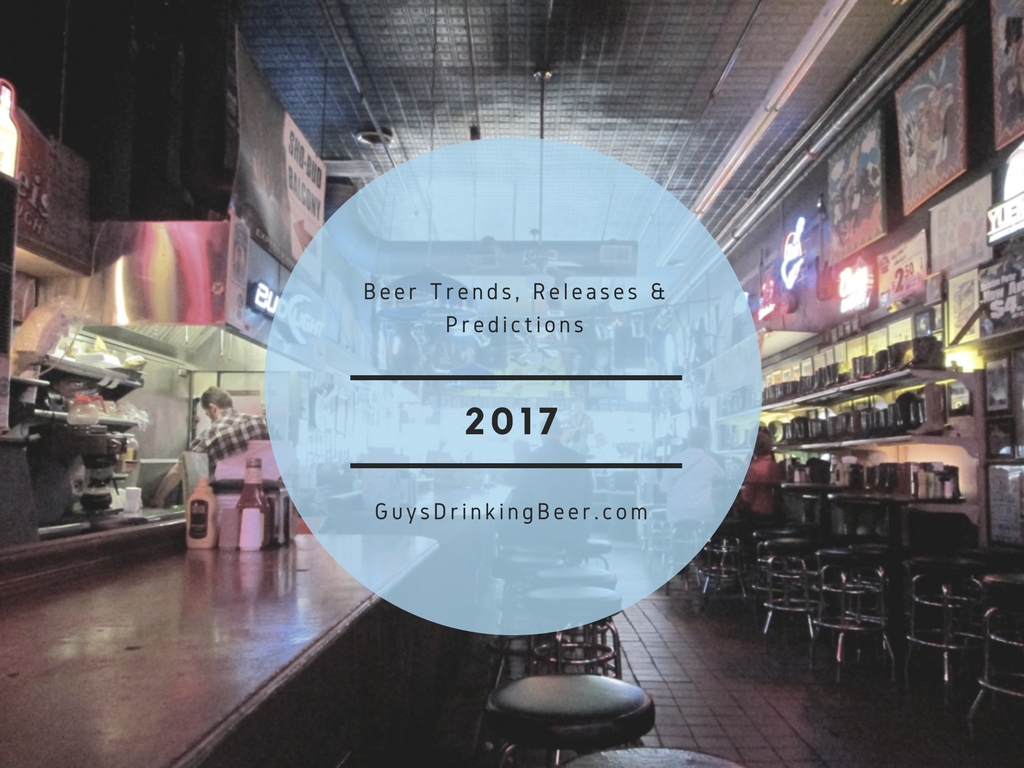 Here are the releases, style and ingredient resurgences and 2017 beer trends were most eager to set gain traction this year — or disappear altogether. 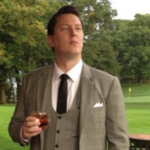 Putting together a “what I had that was good in 2016” list is significantly easier than a “what I’m hoping for in 2017” list, but I came up with a couple things that I hope to see happen here as we enter The Darkest Timeline. I’ve come up with one good thing I want to see, and one bad thing I want to see go away. Is that fair?

A Bad Thing That Will Hopefully Go Away:

Guys, I’m tired of gose. I was marginally excited by the resurrection of a nearly-dead style when it first glimmered on my radar in 2015. But man – has there ever been a style of beer that went from “almost extinct” to “poorly overdone and bastardized beyond recognition” faster than gose?

I’m tired of bad attempts at another “margarita gose” made with lime thrown in. I’m not impressed by any of the many other marginally sour, wheaty-salty-coriander-y thing with fruit jammed on top of it that so many breweries have seen fit to attempt over the last couple of years.

I’m really tired of fighting people who pronounce it wrong because I don’t honestly care if you pronounce it “goes.”

I was over it as soon as I saw a “gose IPA” being released and I’ve never really found a single one of them that I’ve really liked in the first place, so please, let’s move on. I’m not here to tell you that gose killed craft beer, but I’m definitely ready to go back to a world where Berliner-style weissbiers are everyone’s favorite low-powered sour, thank you.

A Good Thing That Will Hopefully Happen:

After the wave of fruited IPAs in 2016 and considering the ongoing growth of craft pilsners, hoppy lagers and the like, I’ve seen a number of people saying that this is the year that that craft gets “safe” or “boring.” Honestly…I’m kinda ready for what most people would consider “boring.”

I would love to see more breweries make me…a perfect pale ale. Not with grapefruit or tangerine or dragonfruit. Not aged in tequila barrels. Not jammed with vanilla and coffee. Make me a beautiful, balanced, clean, gorgeous amber ale. Make me a beautiful sparkling pilsner. Make me a perfect brown ale. Show me what you can really do. I’ve seen creativity. Show me real craftmanship.

I am perfectly happy with a beautiful boring beer. I love a perfect Stiegl Pils or Sierra Nevada Pale and I’m never “bored” by a Bell’s Two Hearted because it’s awesome and you don’t get bored with awesome things. Perfection is difficult. Jamming a ton of wacky flavors on top of an alcoholic beverage doesn’t truly show me what you can do. Don’t get me wrong. Crazy beer is a ton of fun. But I’d love to see more breweries take more swings at making something – one thing – true to style and truly great.

That would be a good thing to see. 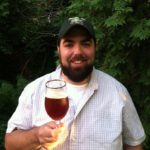 I’ve been hearing the phrase malt is the new hops being thrown around lately. While I am reticent to jump onto the next big craft beer trend, I reckon this is an idea I can get behind. We’ve seen so much diversity and evolution in hops, but how about malt?

Malt is the the foundation of beer, yet so often beers are built on the same old boring American two row or German pils malt with a little caramel malt thrown in for good measure. We can do better, my friends. In 2017, I’m looking forward to malt.

But not just any malt.

Just as we’ve seen amazing things happen in hops, I too hope that, through the innovation of micro-maltsters and brewers who want to push the envelope in style and flavor, we begin seeing the rise of specialty malts. Think heirloom wheat varieties. Long forgotten barley strains. Crazy unknown varieties of rye. Now are you picking up what I’m putting down? Can you imagine the untapped potential? The flavor profiles that have yet to be harnessed? Let 2017 be the year of malt! 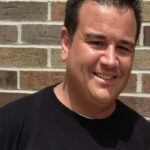 In early November, 18th Street Brewery in Hammond, IN introduced its “In The Shadows” series. It’s their experimental batches, utilizing unique flavor profiles in 15-barrel batches only.

Served both on tap and sold in cans at the brewpub, customers got to experience Teddy Bear Picnic, a magno IPA, as well as Drip, a double-dry-hoppped Double IPA. Then came Beware The False Prophet, a pale ale brewed with Pilsen malt and flaked oats before being hopped by zythos and falconers flight hops, before being heavily dry-hoppped with falconers flight again. The Amarillo-hoppped DIPA Thread The Needle with pineapple and mango notes, as well as The Fluff, an oatmeal stout with marshallow fluff and cocoa nibs, rounded out the last eight weeks of 2016.

It’s a fun series. One that draws people into the brewpub just to try it. And for me, that’s what makes craft beer so much fun – pushing the boundaries, trying new things, seeing what works. I can’t wait for what’s to come in the In The Shadows series for 2017. 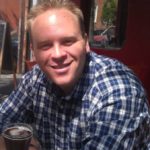 I’m starting to see a trend developing here. Most of us seem to be longing for a return to the classics in 2017. And I’m squarely in the same camp. To be more specific, I’m eager to see the rejuvenation of the lager. But not in the form of an India Pale Lager. Nope. I mean a crisp, clean, standard-setting lager. One that’s bright and zippy but also bready and a little sweet.

A style that was once considered a beer you had to brew, along with an amber, a brown ale and a stout, the lager is starting to make a comeback. And not on a small town brewpub stage — although I hear Territorial Brewing in Battle Creek, MI is producing some killer lagers. Goose Island recently announced a lager to kick of 2017 and perhaps others will follow.

NEW BEER! Preseason is an Amber Lager that we brewed to forget that it's cold and pretend it's almost spring! https://t.co/oHDumwbVBF pic.twitter.com/3brvAteZUF

Of all the crazy beers being brewed in and around Chicago, I find myself loading up on lagers and just about everything else Metropolitan is brewing these days. Why? Because a near-perfect lager or schwarzbier is hard to find. Here’s to that changing in 2017.