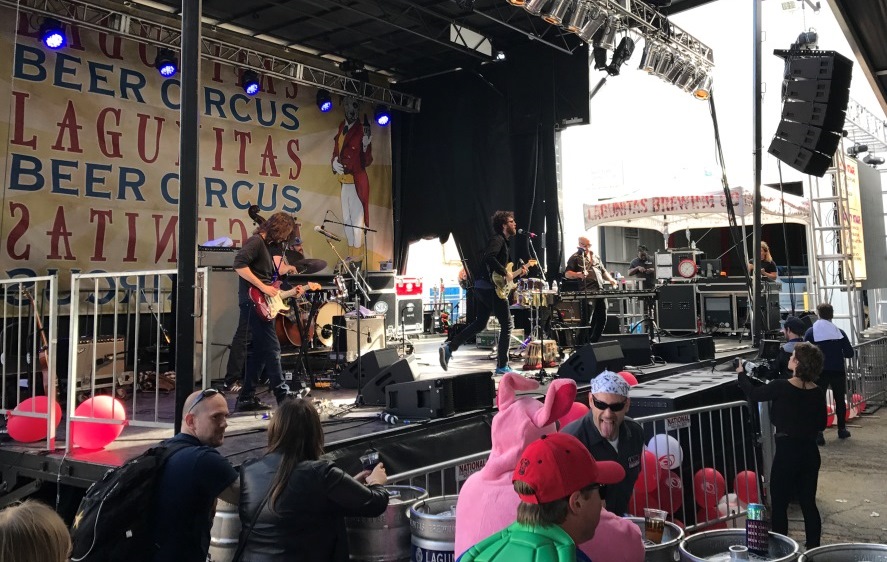 This year’s Lagunitas Beer Circus shows us again how a beer fest can be so much more than just pouring samples. 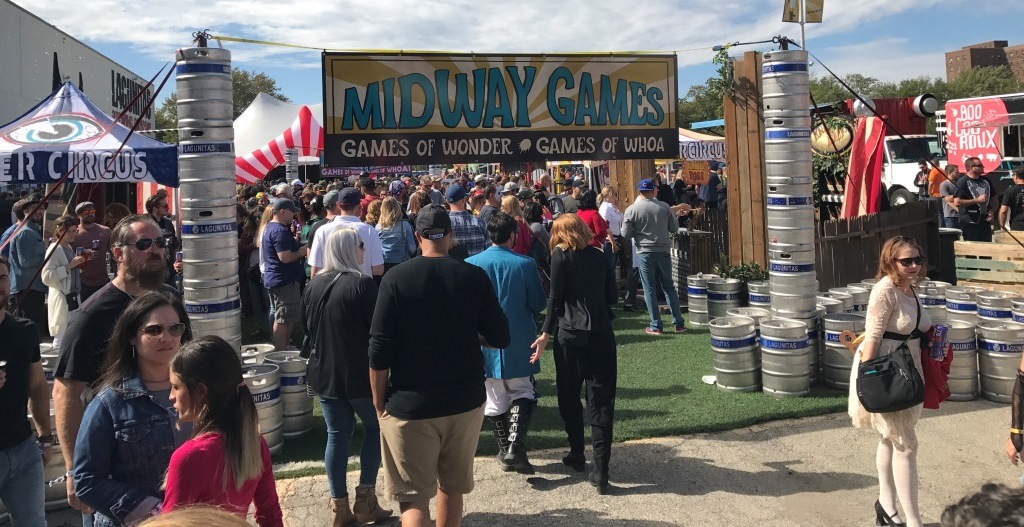 A man, lying on a bed of nails, as two adults rode a see-saw atop of him.

A brass band playing in front of a woman shooting sparks from a power saw buzzing perilously close to her lady parts.

A “Flock of Fieris.”

And that was just the first 15 minutes of my visit to the annual Lagunitas Beer Circus. 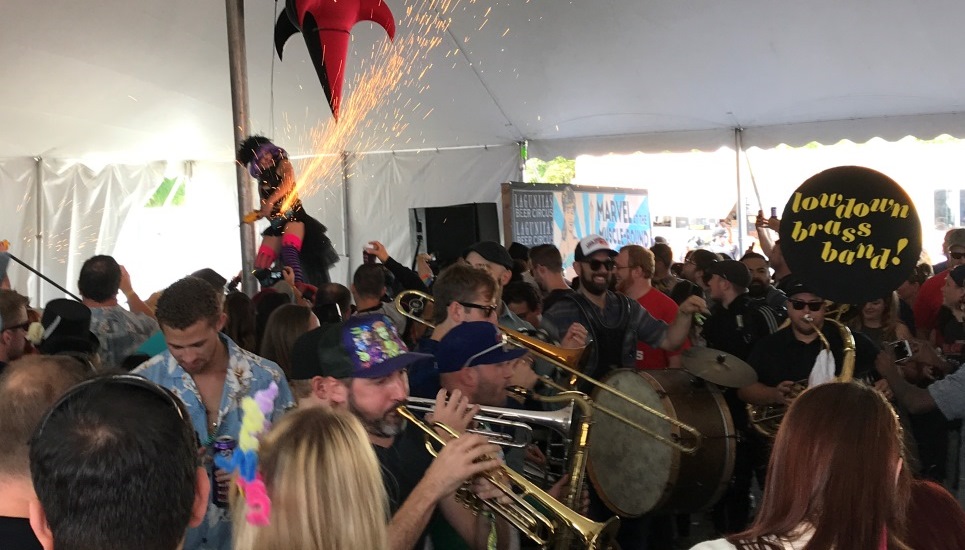 The beer was plentiful – immediately upon entering, visitors were handed a koozie along with a 16oz can of 12th Of Never, their hoppy pale ale – but this is a fest that isn’t all about the beer. As the southwest side brewer proudly boasted of the event, I saw things I couldn’t un-see.

Like the guy from California’s VauDeVire Society, dangling a full 12th of Never can from a hook inserted into his eyelid.

There were plenty of booths to get your fill of Lagunitas IPA, Little Sumpin’ Sumpin’ and my new favorite, Sakitumi, a unique 9% double IPA brewed with sake yeast and rice, among other beverages from the home team. But they welcomed others from near and far, giving the opportunity to enjoy a mighty tasty dessert beer like Short’s Carrot Cake brown ale, pours of Spiteful’s Working For The Weekend IPA and Baderbrau’s South Side Pride, as well as California’s Berryessa Brewing and their Free Kittens Japanese rice lager.

Servers were great about keeping the lines moving quickly, as the sun never stopped shining and refreshments were needed. (Tips for those hard-working servers were all being donated to PAWS Chicago, to boot.)

Just as plentiful were the massive water tanks, with multiple taps, to keep everyone more properly hydrated.

On the main stage, a rotation of eclectic bands kept the mood lively and navigating a crowd that included burlesque dancers on stilts was never difficult, which meant the opportunity to take in even more of the VauDeVire show, as well as the funky fun of the Lowdown Brass Band and a big-top cabaret show from the Angela Eve Ensemble, both local performers.

And there’s the appeal of the Beer Circus. From the life-sized game of “Operation” to attendees dressed as everyone from Fidel Castro to Aquaman, where Jesus Christ could be seen hanging with Svengoolie (ed. note: not the real Svengoolie, because that could actually happen at a Chicago event) and the aforementioned Fieris, there was nothing that was not fun about the fest.

And in a world where we can pick a beer festival to attend on virtually any summer or fall weekend, that’s something others would be smart to take note of.

We also visited the Lagunitas Beer Circus back in 2015, which you can view here.