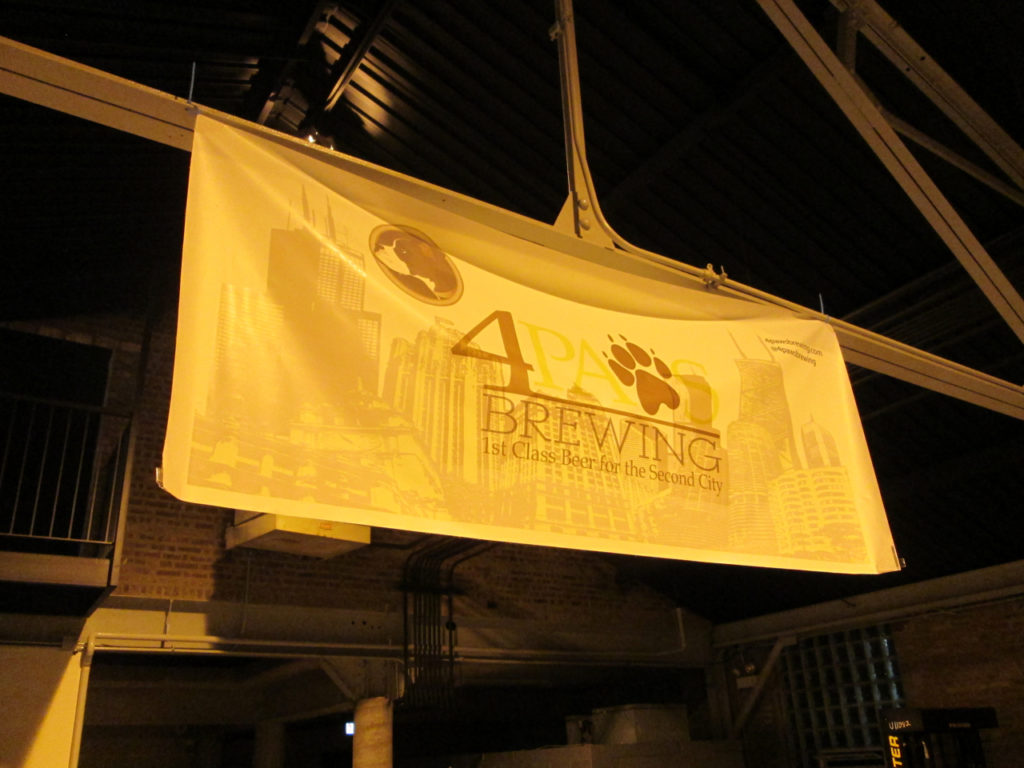 With so much expansion going on in the Chicago craft beer scene, it’s oft been wondered who would be the first to move on. We now have our answer: Chicago’s 4 Paws Brewing is ceasing operations. 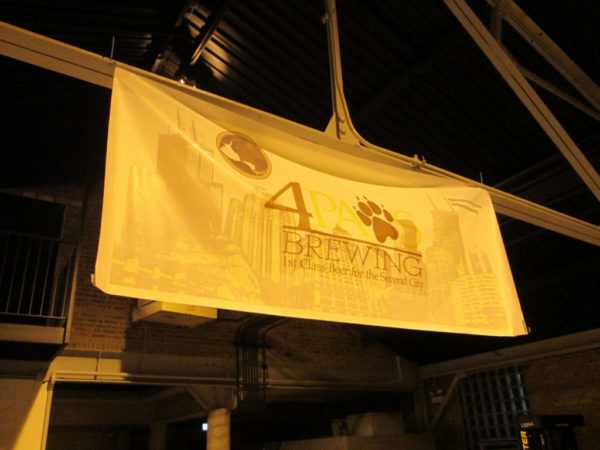 An email to friends, family and supporters went out on Friday from Matt and Meghan Gebhardt, which read in part:

We are excited to announce, after months of working on it, that 4 Paws Brewing was officially sold this past week … We have had a lot of interest from several buyers for a while now and took an incredible offer of what we think was truly best for our business and family. We are retaining the 4 Paws brand, and have sold the equipment and transferred the lease to a local Chicago craft brewer who is really excited about the space. This frees Matt up to discover his next adventure, but it keeps the Chicago craft beer movement planted solidly in our backyard.

We first met Matt back in 2010 during a homebrew exchange and have always enjoyed their Fawn Blonde, their Pupkin ale and Brindle Amber. We also appreciated their devotion to brewing the kind of beer they liked, even though blondes and ambers aren’t the cool kids of the brewing world.

No IPAs or unnecessary bombers here — just solid beers in 6-packs, the way they liked drinking them. (Also, in a world where many breweries are using what amounts to not much more than raw wood as draft handles, theirs were some of the best in town featuring their dog Sadie.) 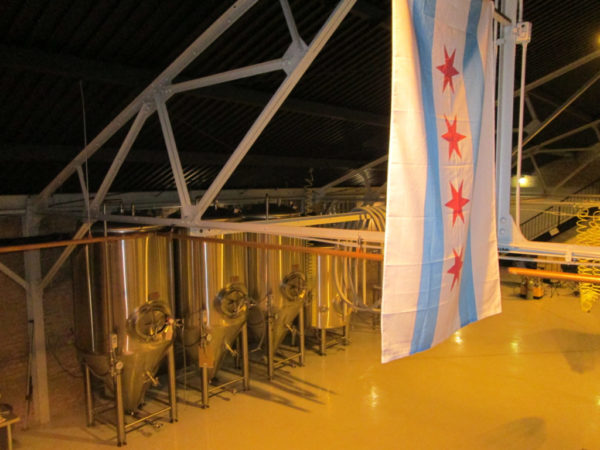 If you remember a few months ago, we paid a visit to the 4 Paws facility and found it to be a very nice space with a lot of room to grow. Thankfully, that space will still be creating beers in the future. We’ve been in touch with the Gebhardts who report that long-discussed brewery Strange Pelican will be taking over the gear and the lease as referenced above.

It’s too bad we have to say goodbye to Brindle and Fawn; we poured the latter for our New Years Eve celebration and will be making a trek to find some more before it’s all gone. We’ll be checking in to get more info later in the week, but for now, best of luck to Matt and Meghan in the future. It couldn’t have been an easy decision, but it sounds like the right one for them.

“We were about to break ground on our Fulton space when we magically stumbled into this amazing brewery and property that was up and running. Saving us time and money we jumped on the opportunity. I think it actually worked out for all the parties involved.”

They expect beers to be on the market in March or April. Phil adds that their Fulton space is of course now available — brewers, if you are looking for a home, Phil is happy to receive your email.

4 Paws Brewing Gets Out of the Game (UPDATED) was last modified: February 6th, 2018 by Karl