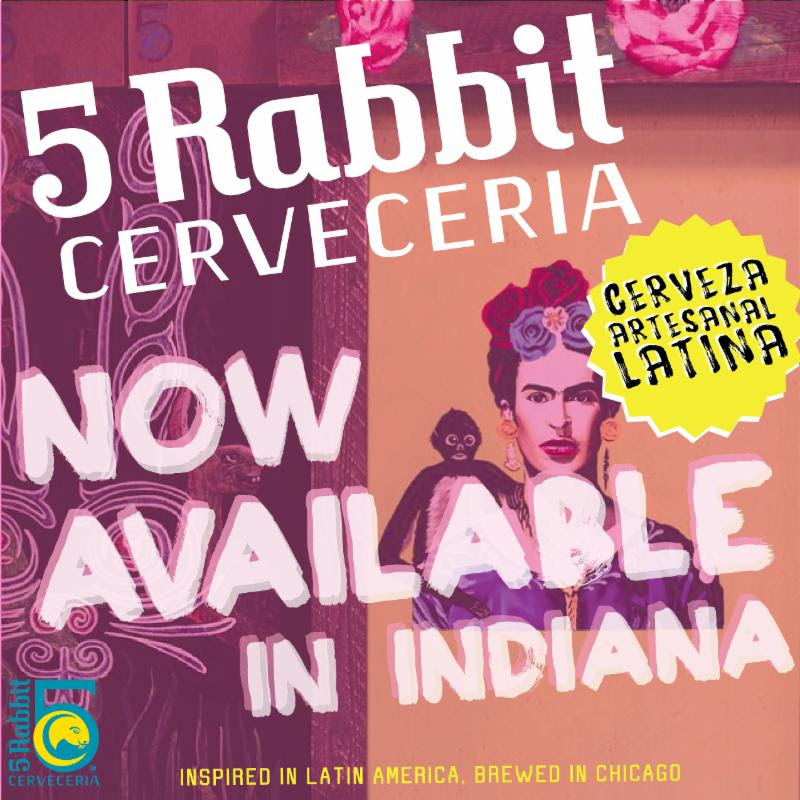 As one of the earliest breweries on the scene (in business since June 2011) and as large as they’ve grown over the past half-decade (producing 8,000 barrels in 2015 per Brewers Association stats), 5 Rabbit is certainly well entrenched around Chicago and has been for a while.

And even though 5 Rabbit beers are widely available throughout Chicagoland, as well as in Ohio and Florida, you couldn’t get a 5 Lizard, a Gringolandia Pils or a Chinga tu Pelo in Indiana. (Though considering the former governor of IN is now our Vice President, maybe that last one goes without saying.)

Per the below release from Cavalier Distributing, 5 Rabbit begins Indiana distribution in just a few days, with beers flowing into the Hoosier State at a number of events. 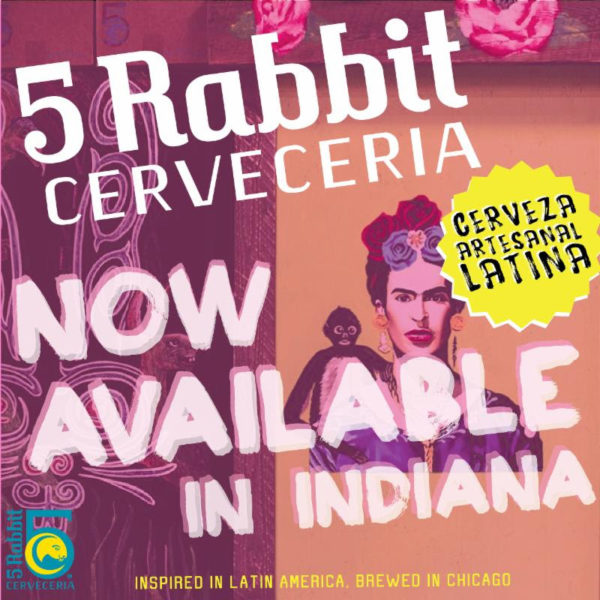 “We are excited to partner with Cavalier to bring our Latin-inspired beers to our friends in neighboring Indiana,” said Andrés Araya, Founder and CEO of 5 Rabbit.

Founded in 2011 by CEO Andrés Araya and internationally-acclaimed beer authority Randy Mosher, Chicago’s award-winning 5 Rabbit Cervecería is the first Latin American-inspired U.S. brewery. Their mission is to bring the energy, passion and amazing richness of Latin culture and cuisine to the delicious world of craft beer.

Since its inception 25 years ago, Cavalier Distributing has been dedicated to bringing great beer, spirits, wine, and other craft beverages to the increasingly discerning, appreciative, and educated consumers in Florida, Indiana, and Ohio. Founded by President George Fisher in 1992, Cavalier is one of the only distributors in the country with a portfolio that is exclusively American craft and imports. Cavalier employs nearly 400 employees throughout the three states and is headquartered in Lakeland, Florida, Indianapolis, Indiana, and Cincinnati, Ohio.

Editor’s Note: We receive a ton of beer-related press releases, but we’ll only bring you the ones we think are relevant, fun, interesting, cool, newsworthy, or offer something we’d be interested in checking out ourselves.