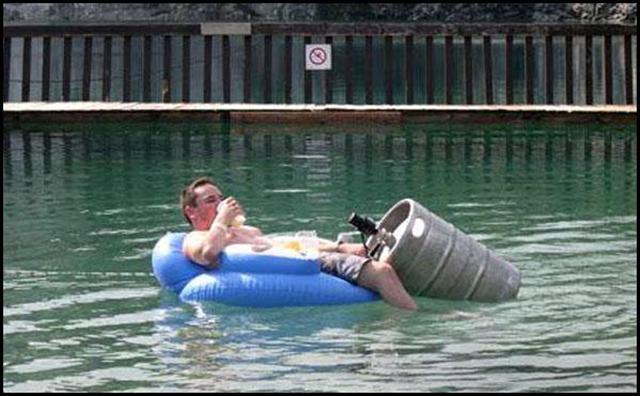 We’re taking a bit of a GDB summer vacation. Don’t worry, we’ll be back.

Looks like good times. We’re doing something similar. Via.

As you may have noticed, our posting frequency has gone WAY down in the past couple weeks.  Between some various life rearrangements on the parts of a few of us here, we’re kind of on GDB summer vacation.  This is just a heads up to say that we’re still keeping an eye on the beer world but might not be posting about it as frequently.  We’ll be posting a few reviews as the summer goes on, and when we get a little more time back, we’ll be back up and running at full power.

Karl’s been putting together some posts and pieces for a couple other sites – perhaps you’ve seen the Beer of the Week coverage on Chicagoist, or stumbled into a piece or two on Metromix or Red Eye.  We’re still working, but sometimes it comes in different forms, and we’ll keep writing when and where we can.  Until then, here’s to the wheaty Oberons, the delicate pale ales, the sessionable lagers, the Shandys and Game Day Ices of summer.