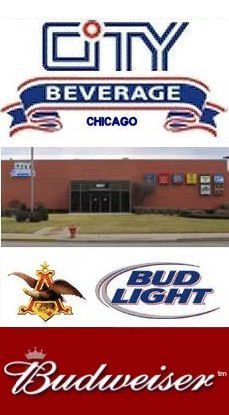 We made a request for documentation from the meeting last week but have yet to receive a response.

For those of you just joining us, the ILCC is trying to force AB InBev to give up its minority ownership interest in City Beverage. There are four City Beverage distributors in the state; three in the Chicago area and one downstate. AB InBev, through WEDCO, has a 30-percent stake in the wholesaler.

At the heart of the issue is whether a brewer can hold an interest in a distributor. According to a citation delivered to AB InBev they cannot.

“4) That based upon 1) Declaration A of a March 10, 2010 decision of the Illinois Liquor Control Commission (ILCC); 2) Illinois Public Act 97-0005 commonly known as the Craft Brewer’s Act; and 3) Commission finding (F) from “Findings from the 12/7/2011 Meeting Regarding the Anheuser Busch Ownership Interest in City Beverage, LLC” dated May 9, 2012, an Illinois licenses Non-Resident Dealer and Illinois licensed Manufacturer of alcoholic liquors shall not posses an ownership interest in or management control of an Illinois licensed Distributor of alcohol liquors.

5) Based on the law and facts alleged in this notice, the Legal Division of the Illinois Liquor Control Commission recommends that the City Beverage, LLC licenses be revoked and that the revocation be stayed pending the divestiture of ownership interests of Anheuser Busch, LLC and its affiliates from City Beverage, LLC.”

AB InBev doesn’t think they should have to give up their minority interest because they have had a hand in City Beverage since 2005 without an issue and have remained in good standing with the ILCC. The brewing giant also disputes the new law referenced above and if that truly was the intent of the Illinois legislature when they passed SB 754 last summer.

Legal Counsel for the Commission, in federal court documents, has contended that the Commission made a “mistake” in allowing AB InBev to retain a stake in City Beverage and wants to reverse course.

The Order, released this week, is chalked full of legal jargon. It is posted below, in its entirety, but we’ve taken the liberty to pull out a few highlights. (Note: Apologies for the poor quality, but the document was scanned so we could only pull images of the text.)

This further confirms what a source passed along to us a week prior to the hearing, that the ILCC was in fact amending the citation against Anheuser-Busch InBev and City Beverage. We have tried, and failed, to obtain a copy of the amended citation.

More From GDB:  Another South of 80 Participant Inks a Distribution Deal in Chicago. Welcome Back, DESTIHL

It’s not a surprise that attorneys for AB InBev filed a Motion to Dismiss. Nor is it really a surprise that the Commission is taking the motion under advisement as opposed to denying it, seeing as how they want this case to be airtight without the appearance of discrimination. Still, we thought it was worth noting.

For those looking for a speedy resolution to this, the fact that the commission denied AB’s request to Strike the Motion for Summary Judgement is good news. And for those of you, like us, who don’t know what a summary judgement is – you do now (definition courtesy Law.com).

“A court order ruling that no factual issues remain to be tried and therefore a cause of action or all causes of action in a complaint can be decided upon certain facts without trial. A summary judgment is based upon a motion by one of the parties that contends that all necessary factual issues are settled or so one-sided they need not be tried.”

Keep in mind, however, the Commission did not grant the Legal Counsel’s request for Summary Judgement they merely took it under advisement.

That is a one week extension from the original deadline of August 22nd.

It’s not the most exciting document to be released by the Commission pertaining to the City Beverage matter but it does put us one step closer to finality (maybe) in this year-plus-long debate.