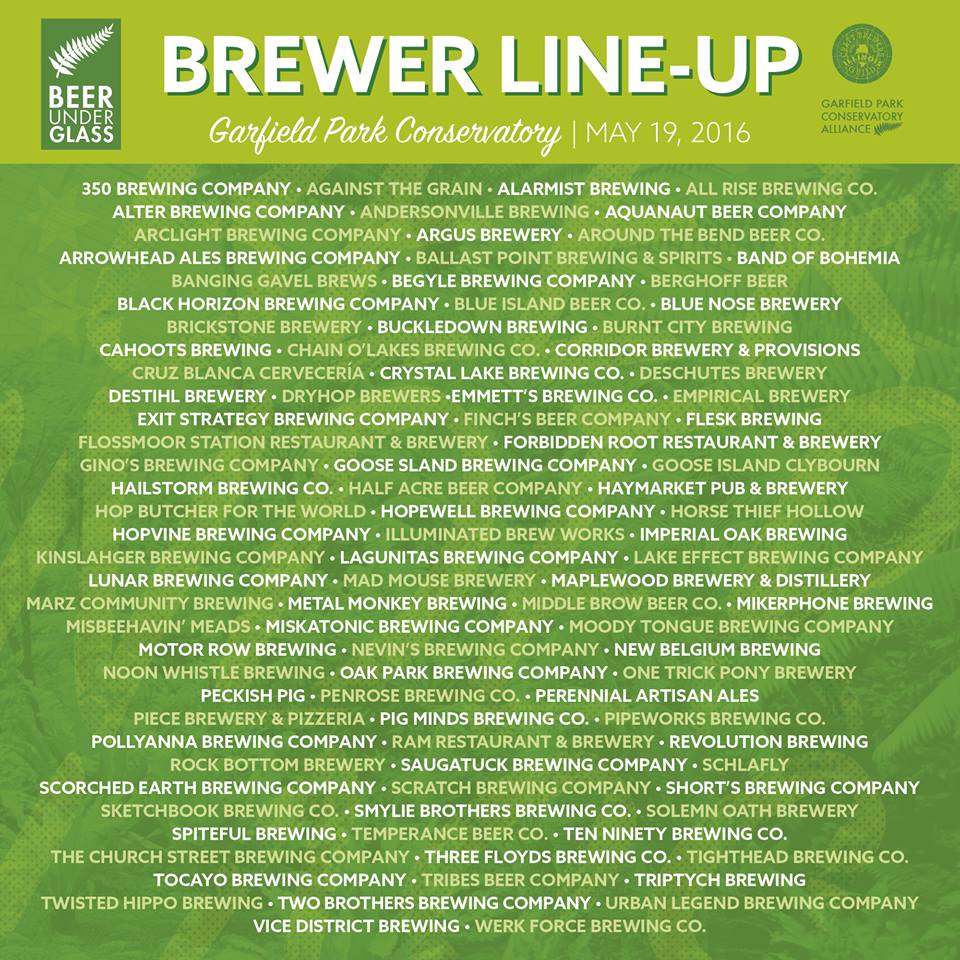 Wondering how to prioritize your Beer Under Glass experience? Here’s who we’re heading to see.

We’ve been going to Beer Under Glass for a little while now (as you can see from our posts in 2015, 2014 and 2013!) so with the Chicago Craft Beer Week team releasing the brewers list in the above image, we thought we’d lay out our BUG game plan for y’all.

FWIW, since we don’t get out to the ‘burbs very much the list is pretty heavy with breweries that we haven’t driven to yet, so feel free to join us on our city-dweller-centric journey. There’s damn near 100 breweries at this year’s event, all with multiple beers, so going in with a plan is almost mandatory — here’s what we’ll be hitting up.

The new Alter Brewing space in Downers Grove looks pretty rad. Too bad we haven’t been able to visit it yet. At least we’ll be able to try their beer.

Black Horizon Brewing Company — yeah, we’ve never heard of them either. They’re a new/forthcoming Willowbrook brewery, so we’ll see what they’ve got.

Ok, so we’ve been to Band of Bohemia a few times (and even talked to ’em for a bit), but we’re hoping they’ll have some of the new beers they’ve released since our last visit onhand. And if they’ve got the Persimmon Honey Biscuit beer, don’t sleep.

Someday soon we’ll run over to the new Bayless brewpub, Cruz Blanca, for lunch. Until then, we’ll have to settle for sampling their beers here. Same with the also-Bayless-related Tocayo.

Instagram is reliably full of photos of the rad new Hopewell Brewing taproom. This is another place we’re overdue on a trip to and we’ve heard great things about the beer…so we’ll find out for sure very soon.

When I was writing the Beer Lovers Chicago book, the opening of Kinslahger threw a real wrench into my repeated statements that Metropolitan was the only lager-focused brewery in Chicagoland. We’ll not hold that against them when we sample the cold-fermented brews they have to offer.

Metal Monkey: They love metal (like me!), they like monkeys (I’m more of a giraffe/hippo kinda guy but monkeys are cool too) and they have a peanut butter stout that we’re hoping will make an appearance.

Never even heard of Misbeehavin’ Meads. So of course we’re gonna try to find them. They’re from Valpo, BTW.

I love Miskatonic’s mix of interesting beers and weird Lovecraftian occult-y references, and dammit, it’s hard for us to get out to Darien. So I’m excited that they’re coming (closer) to me.

Miskatonic’s taproom is pretty rad, too. (Photo via Miskatonic.)

We’ve enjoyed watching some interesting beers coming out of Plainfield’s Werk Force — and I also like the fact that they went ahead and started a homebrew shop to launch their brewery from.

Even though they’re located just a short ride east of the Garfield Park Conservatory, I still haven’t seen many beers from Illuminated Brew Works around town yet. So, obviously, I’ll be happy to try a few at BUG. 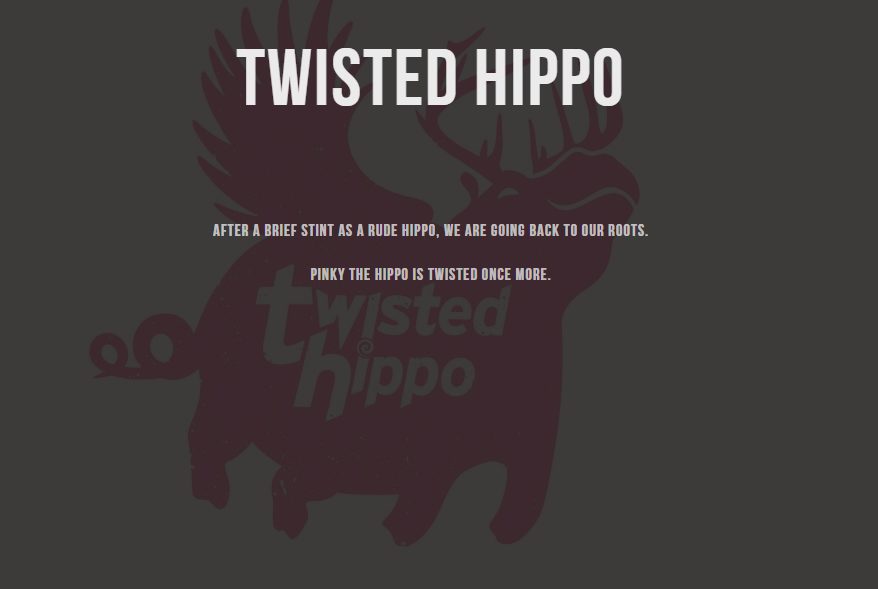 In non-hippo-related-brewery news, Short’s isn’t exactly new — not to us, anyways — but they’re new to Illinois and they always have an impressive festival presence whenever we’ve seen them out in the world. Hopefully they’re travelling with weirder stuff than just Soft Parade and Local’s Light.

Our history with Blue Nose goes back a ways but we’ve yet to see many of their beers break into the places we hang out. But we’re always happy to sample a True Justice or a PIPA if they’re on hand.

This was Short’s setup at GABF 2014. Not expecting anything like this at BUG this year but we’ll see.

Arclight Brewing Company is apparently out of Michigan. We’re in Michigan all the time and we’ve not heard of them. We’ll remedy that.

There’s never a wrong time for a beer from Perennial, especially if they’re pouring their 17 Mint Stout or their Aria brett-infused Belgian Pale. Not holding my breath for Abraxas, but hey, if it’s there we’re drinking it.

The team from Saugatuck said their ‘Merica beer was a joke, but I wouldn’t be surprised if they actually show up with some sort of one-off that they just rename. We’ll see.

We recently cracked into a 6’er of Schlafly’s Grapefruit IPA and it was damn good — like, we can’t even make fun of them for jumping on the citrus-fruited-IPA megabandwagon good. Looking forward to seeing what they’ve got.

Seriously, if you’re going to Beer Under Glass and aren’t making a beeline to see what Scratch is pouring, well, that’s your bad.

We’ve been pleased to see the new push of beers from Flossmoor Brewery in the last few days (at least via their social channels) and I also gave them some props on this MakeItBetter piece, so we’ll definitely drop in for a pour of Pullman Brown at the very least.

So, the Atlas team is sorta new as Burnt City, but we’ll still call ’em longtime faves — and we’ve really been looking forward to a taste of their new Facemelter Hibiscus IPA. Hopefully that’s on hand, but if not, their other beers will just have to suffice.

There’s not many local breweries out there more long-time than Lunar, and they barely ever emerge from their little bar taproom in the ‘burbs. We’ll see what they’ve got.