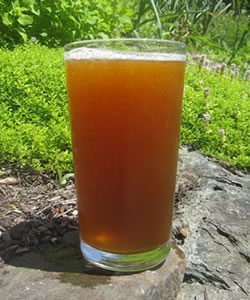 We’ve long thought of Kalamazoo, MI as a stop along the way when drawing up beer trips in Michigan.

Bell’s Eccentric Cafe is always a must-visit, as is Olde Peninsula in the fall to snag a growler of their pumpkin ale. But these visits were just that, a stop along the way en route to somewhere else – Dark Horse in Marshall, Arcadia in Battle Creek or Founders in Grand Rapids.

Now, Kalamazoo is beginning to distinguish itself as a destination.

MLive reports that Boatyard Brewing got the go-ahead from the Kalamazoo City Council to move forward with its planned brewery, bringing the total number of breweries and brewpubs in operation, or in planning, in Kalamazoo to five.

At Boatyard, they will manufacture beer but will not have takeout sales, according to a memo to city commissioners prepared by Chief Jeff Hadley of the Kalamazoo Department of Public Safety.

Steele and Gilligan plan to make up to 5,000 kegs of beer per year in their 2,700-square-foot space on Paterson Street. Their investment and capital outlay totals $325,000 and they plan to employ up to 20 people.

Mayor Bobby Hopewell congratulated the brewery after the city commission unanimously passed the item on its consent agenda, mentioning Kalamazoo’s status as a “beer city.”

“Anyone else out there looking for the opportunity, Kalamazoo’s the place to be for microbrews,” Hopewell said.

Boatyard’s website boasts a dozen different beers including a winter seasonal that sounds like it’s nine kinds of awesome. The Christmas Eve Porter is, “made with a hint of black-strap molasses and rum-soaked caramelized raisins. When the fermentation is complete we top it off with pure vanilla.”

That almost makes us crave a winter beer. Almost.

Also in the works is Acradia Ales new production facility and taproom, which is expected to open in the summer of 2013.

Those two join the already well established, and aforementioned, Bell’s Eccentric Cafe and Olde Peninsula Brewpub along with Bilbo’s Pizza, which brews a handful of beers in-house.