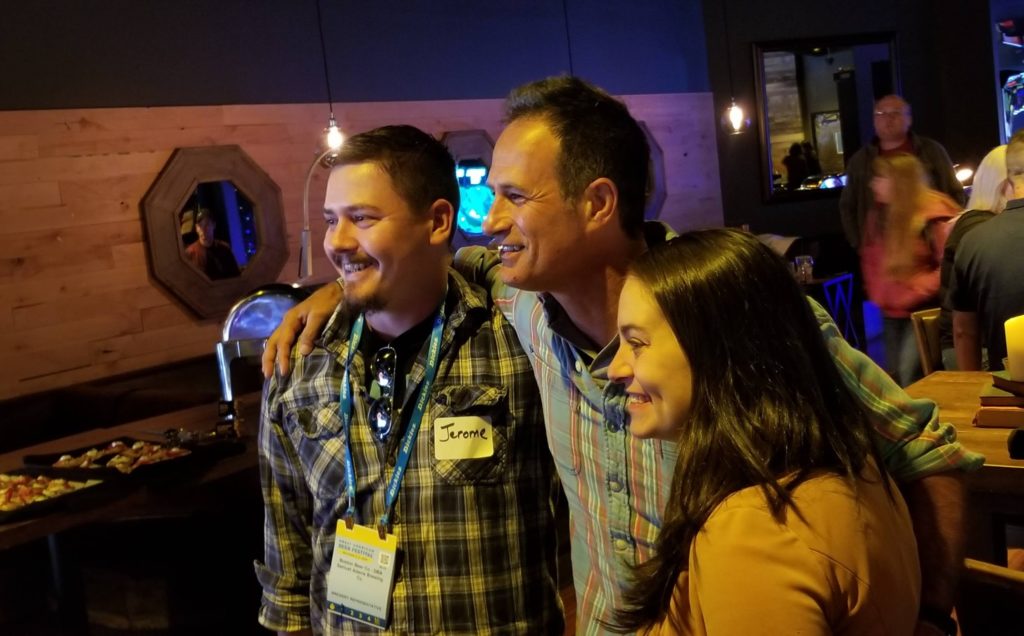 Owners/brewers Jerome and Shari Stontz were on hand for the announcement, and told us that they applied for qualification through their Accion small business loan and have already benefited from having access to coaching and support from Sam Adams. The two plan to spend time in Boston learning additional brewery best practices on-site with the Sam Adams team.

The Brewing the American Dream program has been part of Sam Adams for over a decade, and according to the program has delivered $32 million in capital to small businesses and helped create and maintain over 8,000 jobs. According to the BtAD website, they also ” we make it easy for food and beverage business owners to access loans, free financial advice and discipline specific expertise and coaching in areas like social media, package design, sales and distribution, HR, and dozens of other business disciplines.”

It’s been a busy year for Bold Dog — in April they joined the District Brewyards group, moving out of their brewing space at Lake Effect into a dramatically larger space and upping their production nearly tenfold. More importantly, a couple weeks ago they welcomed a son to the Bold Dog family. So … yeah, not a bad few months.

This isn’t the first time a Sam Adams competition has helped a Chicago brewery — in 2014, Cesar Marron won the company’s Longshot American Homebrew competition, which led to the opening of Evanston’s Sketchbook Brewing, now plotting an expansion into Skokie.

Another small piece of news — Jerome shared with me that the fourth wall at District Brewyards, currently used for ciders, collabs and guest handles, will soon be owned by another new Chicago-based brewery. They wouldn’t divulge who it was, but we shouldn’t be waiting long to find out.