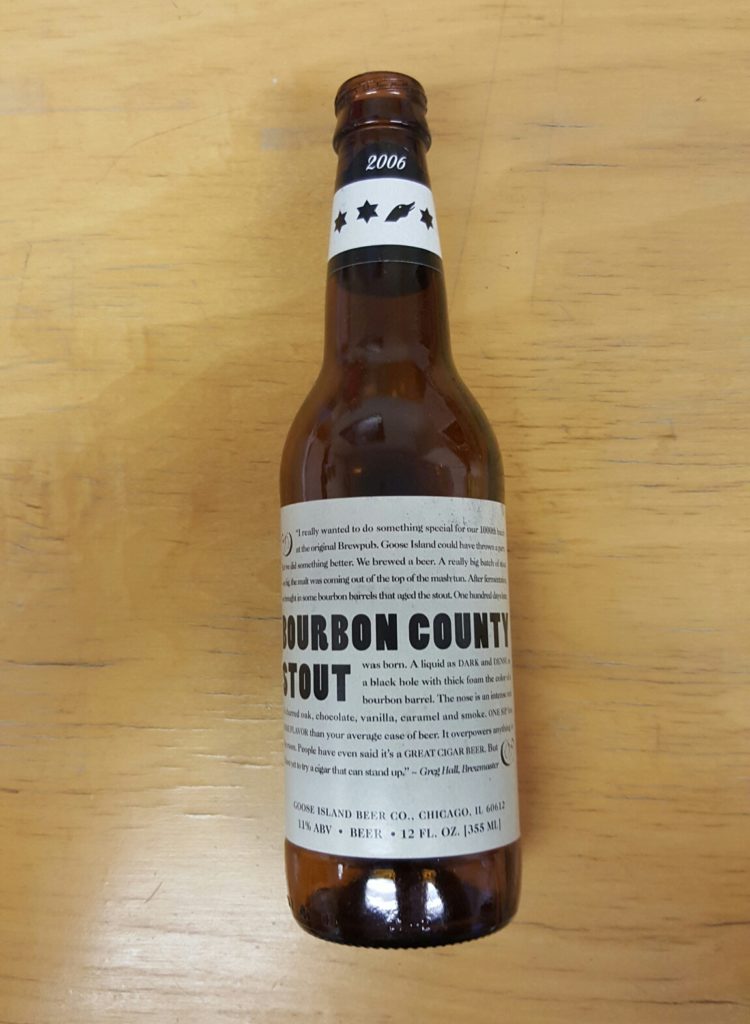 We revisit 12 ounces of Goose Island Bourbon County Stout ten years after it was bottled.

Six years ago — almost to the day — we sat down to a five year vertical tasting of Goose Island Bourbon County Stout. At the end of that bourbon barrel-infused journey, we pledged to revisit those same five bottles in five more years for a full ten year vertical.

But that never happened.

There was a stretch after 2011 where it was tough to track down BCS short of waiting in line in the cold, bouncing from beer store to beer store or putting your name on the dreaded list that was eight pages long.

So, sadly, we failed to deliver on that 10 year vertical. However, we will be pulling out each bottle periodically to check in on them, starting with this Bourbon County Stout 2006:

Poured into a taster glass and split between co-workers, the ’06 Bourbon County Stout spills out charcoal black from the bottle with faint scents of vanilla, fresh-sanded wood, soy sauce and brine. The nose was surprisingly devoid of chocolate notes, however the flavor more than made up for the omission on the nose.

A stemmed cherry atop vanilla bean ice cream opens the flavor gates followed by cocoa powder, a bit more vanilla, and black licorice — all leading to a creamy finish, a lengthy tail and a sufficient bourbon burn. The flavors hadn’t diminished much from a decade in the bottle with strong notes of chocolate and vanilla, little oxidation and still plenty of alcohol notes. Back in 2011, we noted in our review of the ’06 that the flavors hadn’t changed much over time and that held true years later.

It doesn’t surprise me that a ten-year old pour of Goose Island Bourbon County Stout held up well in the cellar, but frankly I’m surprised it held up this well. It hasn’t missed a beat and could probably hold up to several more years of aging.