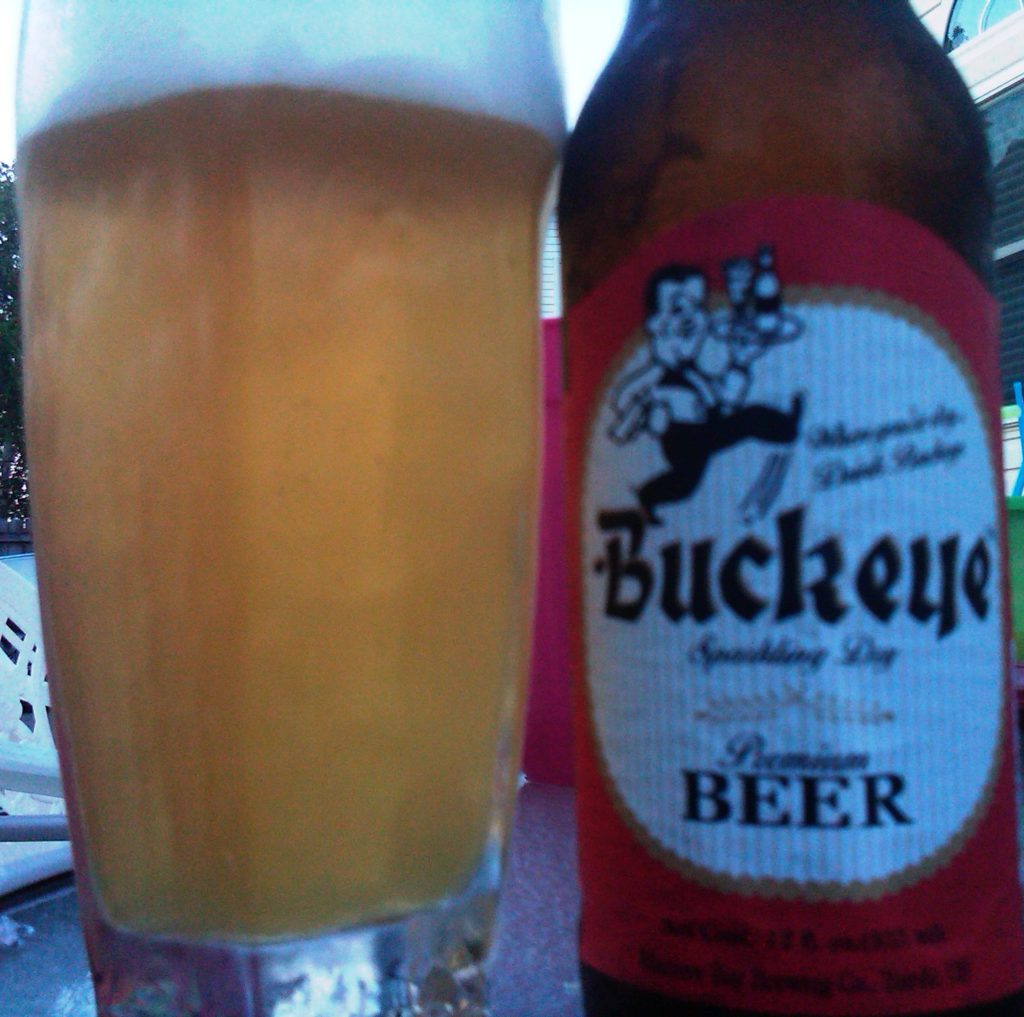 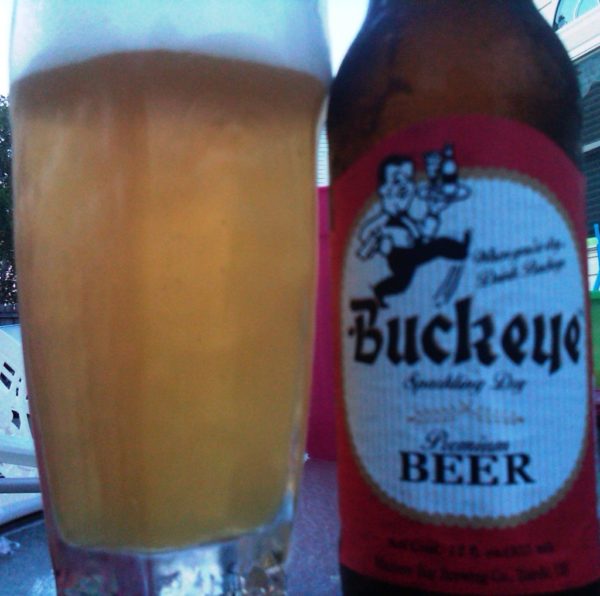 “Crafted with the finest ingredients, this historic hometown brew dates back to 1838. With a sparkling dry taste it is a fine light beer with all the qualities of greatness.”

Ryan: As I reached in to my father-in-law’s “beer fridge” I thought to myself, “I bet this is what Maurice Clarett was really drinking as he was tooling around Columbus back in ’06 with guns and a samurai sword in his SUV?  Or maybe CheatyPants SweaterVest uses this in his chili?” My wife and I had just arrived in southeast Michigan, from Chicago.  I was thirsty and the beer was cold.  Plus, my father-in-law Dale was anxious to get my impression of this sparkling, dry beer.

Poured in to whatever glass I could find in the kitchen, Buckeye Beer looks pretty good – golden straw in color with nearly 3 fingers worth of fluffy head that dissipates quickly. The nose has a slight hint of hops and biscuits.  But not the homemade ones you get with biscuits & gravy, rather the ones that come out of a tube that *pop* when you open them and scare my wife. 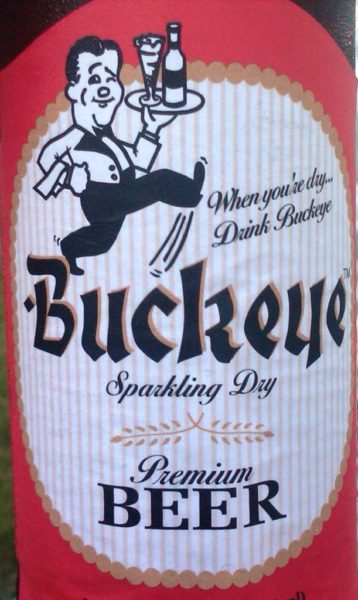 The taste is rather refreshing…at first – crisp light hops up front, some breadiness in the middle and a dry, slightly bitter finish.  This beer loses it’s drink-ability, though, when it warms a bit.  That nice, dry finish is replaced by a white grape sour tartness and a pickle-juice-like finish.  It makes you pucker, and most definitely not in a good way.

I would drink this again, and in fact I did over Father’s Day weekend.  My advice though is to drink it fast and get it down while it’s still cold.  Because, once it warms, it is not a pleasant experience.