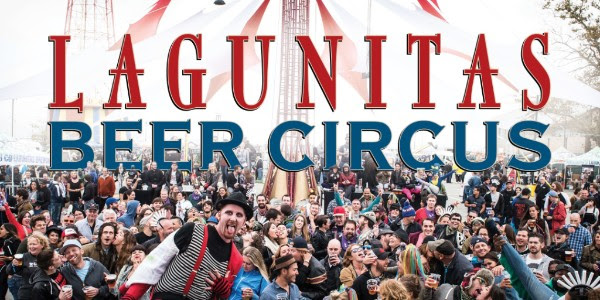 Since opening, Lagunitas Chicago has held their Beer Circus in the comforts of their very own parking lot — but that “tradition” ends this year as they move the festival into nearby Douglas Park.

They recently announced this year’s dates for five different Circuses — they’re going international for the first time, as well as out to the new taproom in Seattle. (Sorry, east coasters — Lagunitas walked away from the brewery they bought in Charleston earlier this year.) Chicago’s event takes place August 11th and benefits the Chicagoland Rescue Intervention and Support Program. The brewery is hoping to jump from a headcount of 3,000 festivalgoers in recent years up to 4,500 attendees this year, which necessitates a move out of the lot.

A move into Douglas Park opens up more square footage, but comes with some controversial precedent. The Beer Circus doesn’t quite rival the scope of Riot Fest, the other Douglas Park gathering that generates press around the city, but that festival became the target of protesters in 2015 and 2016 after moving out of Humboldt Park. Last year, Riot Fest held beautification initiatives, community days and job fairs in Douglas Park, and also offered free tickets to residents.

When asked about any similar programs, Communications Coordinator Betsy Gregg responded saying, “Beer Circus is going to be much smaller than Riot Fest, so our impact on the park and neighborhood won’t be as great. We are working closely with the parks department and Riot Fest consultants to make sure we hire local trusted vendors, and we take excellent care of the space and leave it in as good condition as we found it. ” According to Gregg, Lagunitas has also implemented similar ticket giveaways to local residents in the past, and “we’re exploring how to do something similar this year,” she said via email.

Tickets are on sale now.

For more on the event, we visited the Beer Circus in 2017 and 2015, which we then described as “an incomparable festival of oddities, which happens to include dozens of taps of outstanding beer … good beer, good music and good people (and insanely good people watching).”

With summer right around the corner, it means one thing at Lagunitas – it’s almost time for Beer Circus. Today, we’re super stoked to announce our 2018 Beer Circus dates. This is going to be a particularly big year because in addition to Chicago, Petaluma, and LA, we’re bringing the freaktacularness to our TapRoom in Seattle, and across the pond to London!

We’re excited to move the party from our parking lot over to Douglas Park, which is just a few blocks away from the brewery.

Chicago’s Lagunitas Beer Circus Is Leaving The Parking Lot was last modified: May 23rd, 2018 by Karl