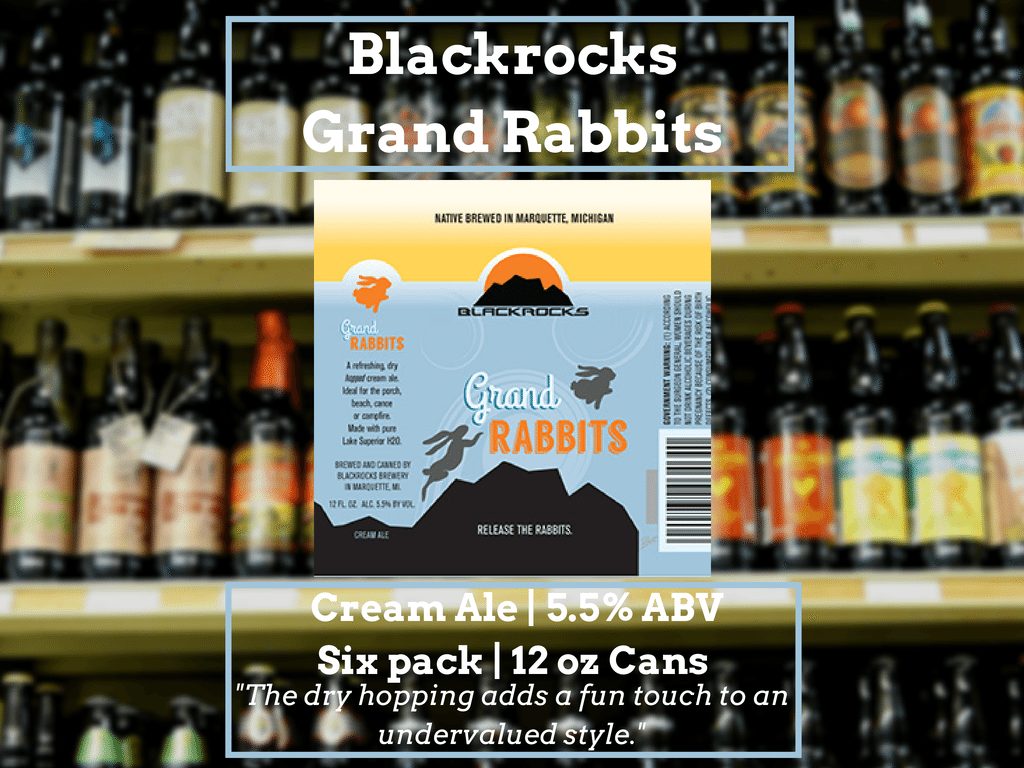 This week’s Craft Beer to Cross the Border For takes you to Michigan for an intriguing take on a cream ale from Blackrocks, a brewery in Michigan’s Upper Peninsula.

Blackrocks Brewery is nestled in Marquette, Michigan in the Upper Peninsula. A pair of pharmaceutical sales reps — David Manson and Andy Langlois — opened the brewery in 2010 and began canning their beers last fall. I’ve been to Marquette a few times over the last six years and I’ll embarrassingly admit I never knew of Blackrocks’ existence — opting instead to spend my time at The Vierling. That will be corrected the next time I visit as Blackrocks is brewing up some unique takes on classic styles, one of which is Grand Rabbits — a dry hopped cream ale.

Blackrocks Grand Rabbits pours out a hazy straw in color — if you choose not to drink straight from the can — producing a pillowy, frothy white head. A subtle sweetness greets the nose on first sniff; a buttered biscuit drizzled in honey leads the way followed by fresh peeled tangerines, lemon rind, orange peel, grassy hops and a subtle earthiness.

The dry hopping certainly adds a fun wrinkle to this cream ale.

Take a sip and you’ll find the flavors are in lock-step with the aroma. Bready and biscuty up front with a touch of honey sweetness and a hint of caramel, it’s the hops that help elevate this beer to the next level. The lemon zest shines and mixes well with splashes of grapefruit and tangerine. Blackrocks Grand Rabbits, with its creamy yet light body, finishes crisp and a little dry with a kiss of floral hops.

While not quite a session beer, clocking in at 5.5% ABV, this is low enough in alcohol content to kick back with a few of these on a three-day weekend — much like this one.