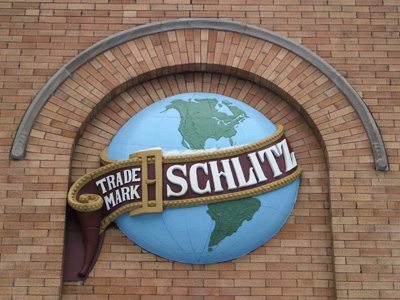 We have taken a few days to read and re-read John Conlin’s “guest post,” which we posted to this site a few days ago, and was posted on some others as well. To Ryan, his tune rang familiar after hearing John speak to the Associated Beer Distributors of Illinois in January. To the rest of us – it was a fairly new perspective. Well, that is to say that his opinions and outlook was new, but not the history behind the three-tiered system.

You see, John, we craft beer drinkers aren’t only intrigued by the different beers we see on store shelves but we also have a general desire to know other stuff. Some of this stuff is useful and some of it isn’t. The three-tier system falls under that “useful” category of stuff. We get how things were pre-prohibition, during prohibition and present day. We get why tied-houses were bad. Speaking of, the next time you’re in the city you should swing by Schuba’s or Southport Lanes in Lakeview. Those two bars were tied to Schlitz and still have the brewery’s globe displayed inside and outside of the bars. (At least one, and maybe both, also still serve Schlitz.)

So why then pen a “guest post” making us all out to be privileged crybabies who don’t recognize a good thing when we have it? When Ryan spoke before the ABDI he called and talked to a number of craft brewers, in part to tell their stories but also to do some recon. He didn’t want to tell a room full of distributors that they were idiots for not trying to expand their portfolios beyond macrobrews, because as Ryan learned during the course of the discussion, they were already expanding those portfolios. It helps to know, or at least attempt to know, your audience.

We could ramble on and on about your comments, John, but thought – instead – we would pluck out a few comments we take exception to.

It is very important that one understands and appreciates that the laws and regulations introduced to further separate the tiers were all to your advantage.

Are we supposed to believe – for even a second – that the craft brewer is the only person to benefit from the three-tiers? C’mon. Do craft brewers benefit by having restrictions avoiding a Wild West scenario where only the biggest brewers survive? Of course they do. But don’t tell me that distributors – for one – don’t benefit from the three-tier -system. Which, by the way, is okay. Everybody’s gotta make money. So why not be up front and say that?

Not to mention that the big guys also benefit, either by when they’re allowed to dip into those distribution channels directly by part-ownership or holding company ownership, or just by having the business gravity of making up the vast majority of a distributor’s product. Sometimes, the definition and practice of the three-tier system gets blurry, and if beer drinkers think that’s not what a boardroom full of high-paid lawyers are at least partially trying to work at, then you missed out on our Save the Craft coverage, didn’t you?

Back to John’s remarks:

Waaahh… I don’t want to pay the same tax rate as everyone else!  Let me ask you, who does?

First off, we could have done without the “Waaahh.”

Secondly, you answered your own question. Everyone, no matter the business or how much money they make wants a break. Everyone is looking to make it work to their advantage. Hell, we would guess that your job, as a consultant, is to help distributors game the system to maximize to their best advantage.

Waaahh… I don’t want to operate under these “silly” and “arcane” three-tier laws.  Like far too many, once they are where they want to be, they want to change the rules to now favor themselves.

Again with the “Waaahh?”  There’s a lot of information here (despite it being a strawman argument) so I am going to pick out one phrase which answers the question. “…what exactly do you bring to the table?”

You’re questioning why a distributor should open their Rolodex of clients to a unknown brewer that has put in – in your eyes – minimal effort. We get that. It creates a lot of work to advocate for a brand that is unproven, untested and could very well fail. So let small brewers self-distribute a small amount of beer!

Allow them the freedom to make sales and develop client relationships and market the beer and deliver it (not to mention actually brew it). Let them succeed or fail on their own volition. And if they do succeed and they grow and they have a product that people want – then they come to you and all that work you didn’t feel the distributor should have to put in has already been done.

Oh, and there we go assuming again, that a brewer is going to want to change the law to keep up with their growth. And before you point to what is happening in Indiana as example, let me remind you we all are not Indiana. By they way, if you are unfamiliar with the law change the Indiana legislature is pondering they are looking to increase the barrel limit that defines a small brewer in the state which will ensure 3 Floyds can keep its tax cuts, self-distribution rights and on-site sale privileges.

On a side note, speaking of old beer… all you craft brewers had better start paying a little bit more attention to the quality of your product.

I think we are going to have to agree to disagree on this one, John. Could some craft brewers do a better job of keeping tabs of what is on store shelves and how long it has been there? Probably. Have distributors delivered old beer to a client before? Yes, they have. We’ll see your beer store story, and we’ll raise you Ryan’s.

He was in a craft beer store in northeast Ohio about this time last year looking for a popular barleywine brewed by a brewer that takes its quality control very seriously. Ryan was informed that they had not gotten any of the 2011 in yet, but…they did just receive a few cases of the 2010 from their distributor. Now,we know cellaring craft beer is popular. We have a cellar and have had mixed success with the aged beers we’ve plucked from it for review. It’s not uncommon for craft brewers to release beer that is a few years old much to the delight of us beer geeks. And that very well may have happened with that barleywine release referenced above. But is it more likely that the cases in question just sat around a warehouse somewhere collecting dust? We’ve seen numerous beer stores and bars hold back cases and kegs for their own vertical tastings…but we sure haven’t ever seen a distributor. Again, we could be wrong.

And just so you don’t think we’re beating up on you too much, John, we do appreciate you talking about all the things a distributor is responsible for beyond getting beer from point A to point B. Many of us don’t know much beyond that responsibility. Which speaks to what Ryan discussed in his presentation – clearing up misconceptions.

And also allow us to close this out with a financial request of our own – if anyone reading this has a brewery or a bar and needs test subjects or help building a craft beer program our is looking for a source of knowledge on the industry from a consumer’s perspective, let us know. Our rates are very reasonable. (Read: pretty much nonexistent, but we can talk.)

Finally, with all this in mind, here’s a “virtual toast” – from the three of us to Mr. Conlin for allowing us to provide his outlook and for the opportunity to start this conversation. And a toast as well to not make assumptions of our fellow beer drinker, no matter what kind of beer we choose to buy. Not to mention doing a better job of educating ourselves, and each other, on the ins and outs of the business. We’ll all be smarter imbibers for it.

Deconstructing The Consultant: Our Take On John Conlin’s Open Letter To Craft Beer Brewers & Drinkers was last modified: February 6th, 2018 by The Guys