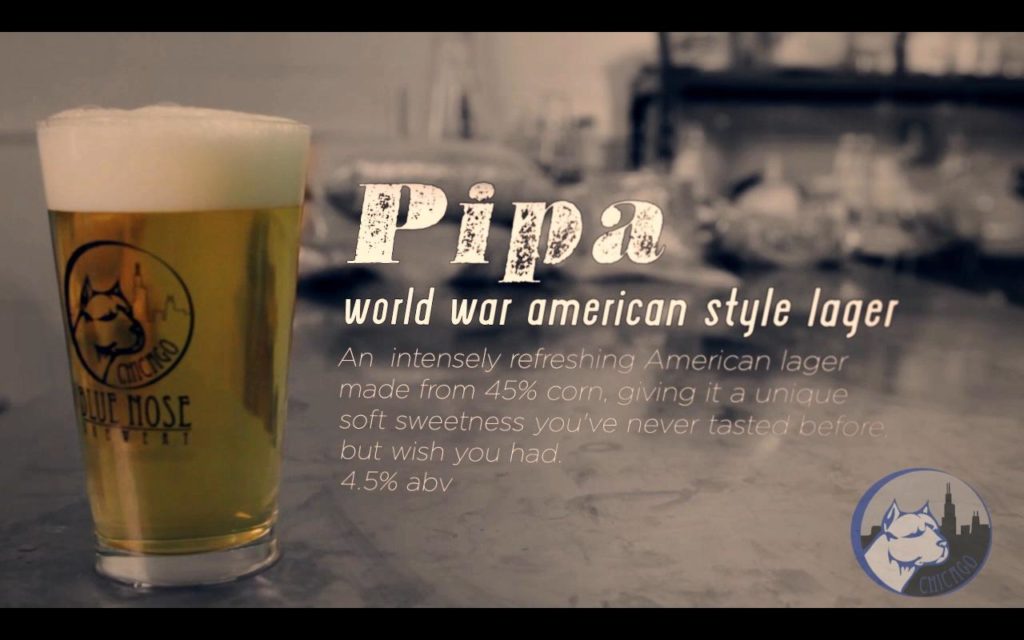 If it makes a good beer I say go for it!
– David Kelley, Head Brewer, Blue Nose Brewery

After reading and writing some of our recent posts on two new Chicago breweries I noticed an unexpected similarity – the use of corn as an ingredient in their beers.

Now, maybe my thinking is too old school and outdated, but I have always associated the likes of corn and rice with macrobrews.

So much so, in fact, that when I encountered a pilsner, brewed by Short’s, that included maize as a brewing ingredient I was kind of thrown for a loop. That beer, the Pontius Road Pilsner, was the impetus behind our craft vs domestic adjunct taste test. In that instance I rather wrongly associated a well brewed pilsner by one of my favorite Michigan breweries with the likes of Miller Lite, Bud Light and Coors Light simply because it was brewed with an adjunct.

Obviously the use of corn is not new to the world of brewing. But is it new to craft beer? Or, perhaps becoming more accepted by brewers and maybe even drinkers?

To answer that question I turned to the two brewers that put corn on my radar and in a better light; David Kelley at Blue Nose Brewery and Ike Orcutt at Hopothesis Brewing Company.

“Pipa is one of my favorite beers to make and drink because it IS really light in body, and you CAN drink it all day, but more than that it is by far the most flavorful light beer I personally have ever had.”

Ike is using corn as well, in his Drafty Window Prairie Ale.

“The focus of this beer is to produce something uniquely American. It features all of the staple grains of the Midwest: corn, wheat and barley. We couple that with some amazing noble hops for Oregon…and a really interesting beer is born. It’s my take on a pre-prohibition style golden ale. Like the farmhouse beers of Belgium, but with a cleaner American yeast profile.”

Before we get to why these two brewers are using corn let’s get a history lesson from David Kelley at Blue Nose, who gave me an in-depth and thorough crash course on the ingredient.

“During World War I and World War II the United States put a limit as to how much grain a company could use, this cut the big beer giants grain usage to nearly half. So they had to find something else that they could use that would continue to make a great product, without changing what people were already used to,” said Kelly.

The use of corn was done so out of necessity at first, but soon the brewing giants realized they could cut costs and cash in by using the adjunct, according to Kelley.

“When Miller & Coors first started using corn they used simple flaked corn which adds a wonderful perceivable sweet cornbread-like flavor while continuing to dry out the beer, like Batch 19. Anheuser-Busch wanted to stand out and try something lighter so they went with rice, which can have a slight diacetyl and acetaldehyde flavor but for the most part keeps the same ABV content but imparts, again, a dryness and lower color.”

The rest, as they say, is history.

“A-B’s new light beer or reformulated Budweiser sold like mad! A lighter more thirst quenching lager that people could drink all day made people go crazy for the stuff,” said Kelly. “With the success of AB’s beer Miller started making their beer lighter and the watering down war began its vicious battle until they both started using enzymes to lower the final gravity. [Then] the zombie war of calories took over bringing an end to caring about the best tasting beer and a beginning to MGD 64 and Bud 55.”

It’s not hard to see why corn doesn’t get much respect amongst the brewing community, something that Kelley is well aware of.

“Poor corn has taken a huge self-confidence hit and most pro brewers will be offended if you even talk about using corn in your beer due to a misunderstanding of the product,” said Kelley.

Ike Orcutt at Hopothesis Brewing Company is in agreement.

But according to both brewers corn, when used properly and with the right style, can add an unparalleled depth of flavor.

“To me, corn in a craft beer setting provides an interesting layer of flavor that you don’t typically find,” said Orcutt. “If used correctly, you get some sweetness but not something overly cloying or sugary-sweet. Drafty Window, for instance, finishes very dry, but the corn lends some balancing complexity.”

While I am sure there are other brewers out there besides Short’s, Hopothesis and Blue Nose that confidently use corn as a brewing ingredient, I would be surprised if it has been widely accepted. A part of that, I think, stems from what corn is considered in the brewing world. It’s an adjunct. And adjuncts are perceived as bad.

If you peruse through Beer Advocate’s Beer 101 you’ll come across a “Malt & Adjunct Guide,” where corn, rice, starches, syrups and sugars are highlighted.

And if you check out the American Adjunct Lager style on the same site and you’ll see a who’s who of the macrobrews, most with sub-par ratings. 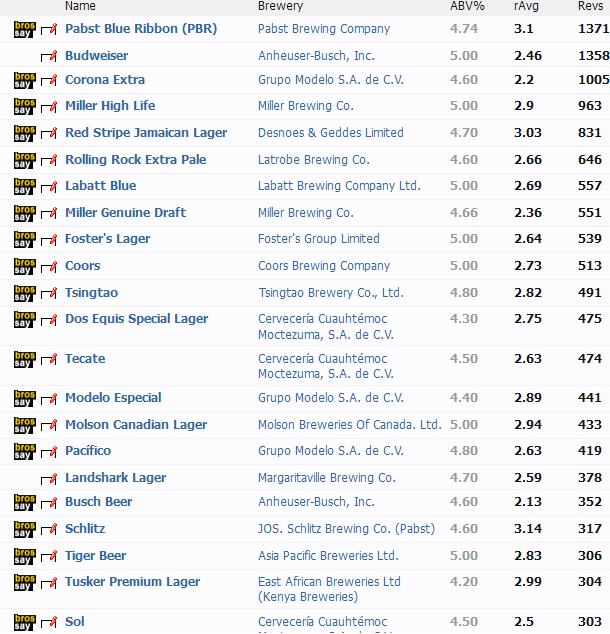 But what is an adjunct? Merriam-Webster’s online dictionary defines it as, “Something joined or added to another thing but not essentially a part of it.”

And, when you think about it, a lot of brewers use additives.

“Take dogfish head for example,” said Blue Nose’s David Kelley, “There is not a single beer they have that would fall under the German purity law.” “They use tons of adjuncts. [And many] other craft brewers are following [suit], whether it is corn, oats, rice, fruit, spices, wood, spirits they all add something worth trying.”

Maybe it’s time then to change our mindset on corn and, for that matter, adjuncts as a whole?

I know my perception has changed.

And, as Sylvester Stallone said in Rocky IV;

Does Corn Get A Bad Rap As A Brewing Ingredient? was last modified: August 27th, 2021 by Ryan