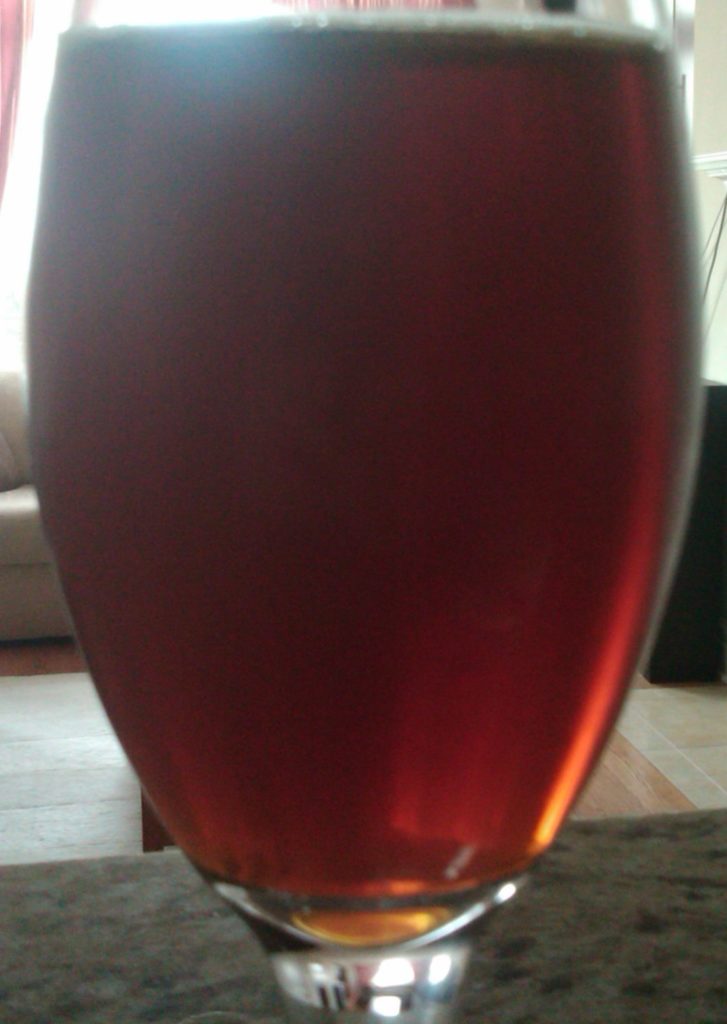 A deep, mahogany Belgian-style brown ale brewed with beet sugar, raisins, and Belgian-style yeast. We began brewing this one at our brewpub in 1996 as the answer to the question, “What beer should I enjoy with a wood-grilled steak?”

Sadly, I did not have a steak when I drank this beer but I imagine it would pair very well with one.

This beer pours out a deep mahogany brown color.  It’s almost similar, in color at least, to tea.

Dogfish Head Raison D’Etre smells rather sweet; lots of dark fruits in the nose.  The taste is pretty similar to the smell with a mix of plums, raisins and figs.  There may even be a bit of honey in there somewhere.  As this beer warms the dark fruit flavors are far more pronounced.

It has been a while since I’ve had this offering from Dogfish Head & I forgot how much I liked it.  This beer is sweet but not overly sweet.  In fact, it is rather easy to drink despite having an 8% ABV — which could be good or bad depending on how you look at it.