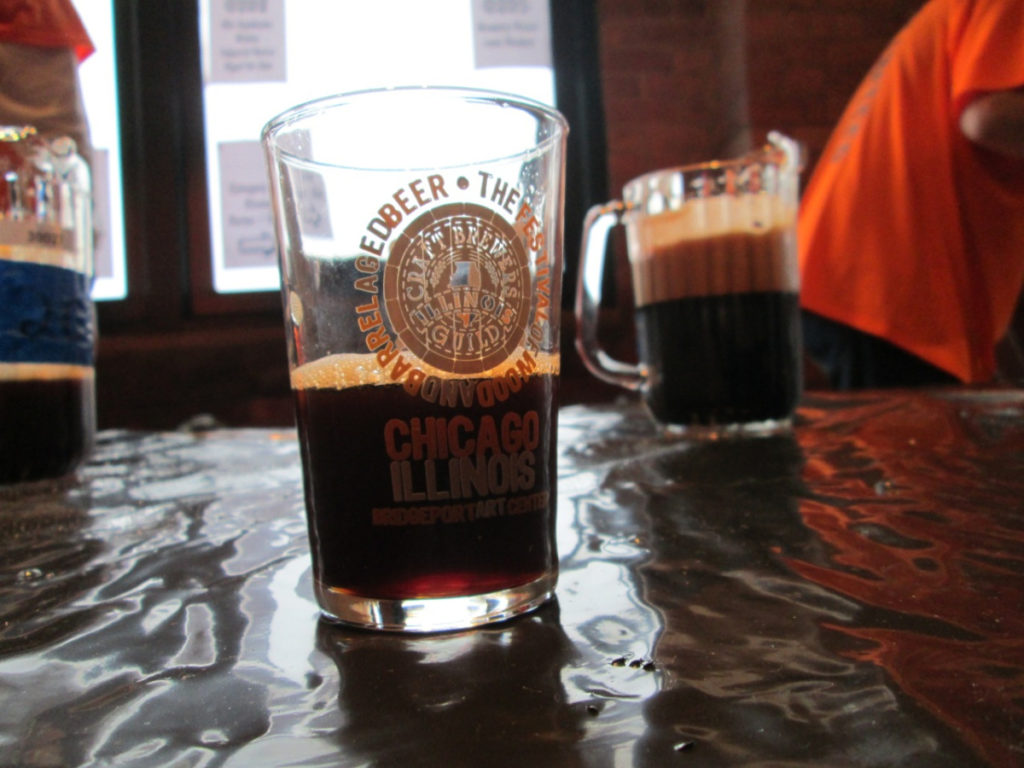 What you see below is an unranked list of our top 10 beers of the year. You’ll notice Ryan’s list is heavy on the cellared beers because — well — less time to drink out means more time to drink in. Having kids will do that to a man. Thankfully, Karl picked up the slack by hunting down a combination of unique one-offs and attainable everyday offerings. All for the good of the cause, we’re sure.

We hope you enjoy reading about these beers as much as we enjoyed drinking them. 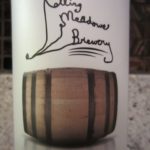 Rolling Meadows Barrel Aged Abe’s Ale (Ryan):
Back in April I said this beer, “May go down as my favorite beer of the year.” Today, I stand by that statement. The barrel aged version of Rolling Meadows’ Abe’s Ale takes everything that is great about the smooth imperial brown ale and makes it greater as the bourbon clings to the perimeter so as to not intrude on the awesomeness of Abe’s. 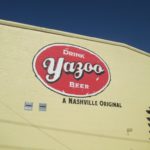 Yazoo Dos Perros (Karl): Some beers take you to a time and place. I found a lot of new things to enjoy during my trip to Nashville, but this one surfaces top of mind thanks to its pleasant light roast, medium-light body and hearty flavor that proves you don’t have to make a massive dark beer to make a good one. 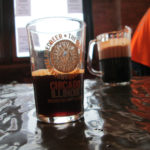 One Trick Pony Kentucky Mountain (Ryan):
In a sea of barrel and wood aged beers at this year’s FoBAB, this Lansing, Illinois brewery’s barrel-aged old ale was a beacon in the night. Loads of chocolate, peanut brittle and vanilla blended effortlessly with pops of smoke and bourbon. The milkshake-like consistency set this beer apart from its barrel-aged brethren. 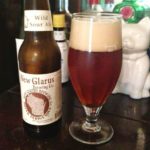 New Glarus Wild Sour Ale (Karl): Beers like the Berliner Weiss and the Enigma from New Glarus have impressed me in the past — add this to the list of amazing beers that bring the funk. Tart, sour, aggressive, fruity and bold; this beer represents where I hope the future of Dan & Deb Carey’s fermentation future is taking us. 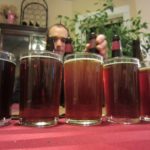 Central Waters Bourbon Barrel Barleywine 2009 (Ryan):
Consumed during a five-year vertical of this intense, high gravity bourbon barrel-aged barleywine series the oldest bottle proved to be the smoothest. I can’t say it better now than I did then, so I won’t. “Highlighted by plums, dates, cherries and raisins this five-year old version was sweet, mellow and soothing. The hops have faded away leaving a pleasant, dry English-like barleywine. The bourbon is still present, but lingers in the periphery.” 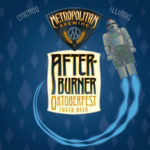 Metropolitan Afterburner (Karl): After Fall Beer Freedom Day I went on a bit of an autumnal binge on harvest ales and Oktoberfests. This beer stood atop all of them, head and shoulders. Caramel, nuts, toffee, sweet and hearty with just the right amount of bitter, I could have drank this all fall — and I did. 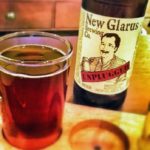 New Glarus Unplugged Abt 2010 (Ryan):
After, quite literally, years of disappointment this Belgian Quad from New Glarus finally hit its stride. Embodying sherry-like qualities this beer was highlighted by flavors of plum, raisins, oak and cocoa escorted by a remarkably dry finish. The nose was sticky, if sticky in fact has an odor, reminiscent of opening a fresh box of raisins. 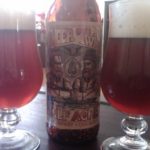 5 Rabbit Watermelon Paleta (Karl): Early this year I proclaimed the 5 Lizard the beer of the summer, but that was before I knew this was coming along. Creamy and sweet with beautiful ripe melon flavors, this beer tasted great — but the way the hearty foamy head helped replicate the experience of biting into a juicy, wet piece of melon on a hot day made the feel of this beer a real summer experience. 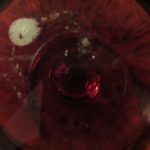 New Holland Envious 2010 (Ryan):Another beer that had left me wanting, this three-year-old bottle turned out to be a surprising treat. The Envious is no longer pear-heavy, allowing aromas and flavors of raspberries and vanilla beans to creep their way into the aroma and flavor profile. Add a touch of almonds to the finish and you have a pleasantly complex beer.

Solemn Oath Snaggletooth Bandanna (Karl): As a rule, whenever I saw a new Solemn Oath on draft around Chicago, I tried it. None were as memorable as this gushingly bright, fruity and floral IPA. Others must have agreed, because it seems they couldn’t make it fast enough — often times it would still be on the list but they had just killed it before I could get my hands on the stuff.