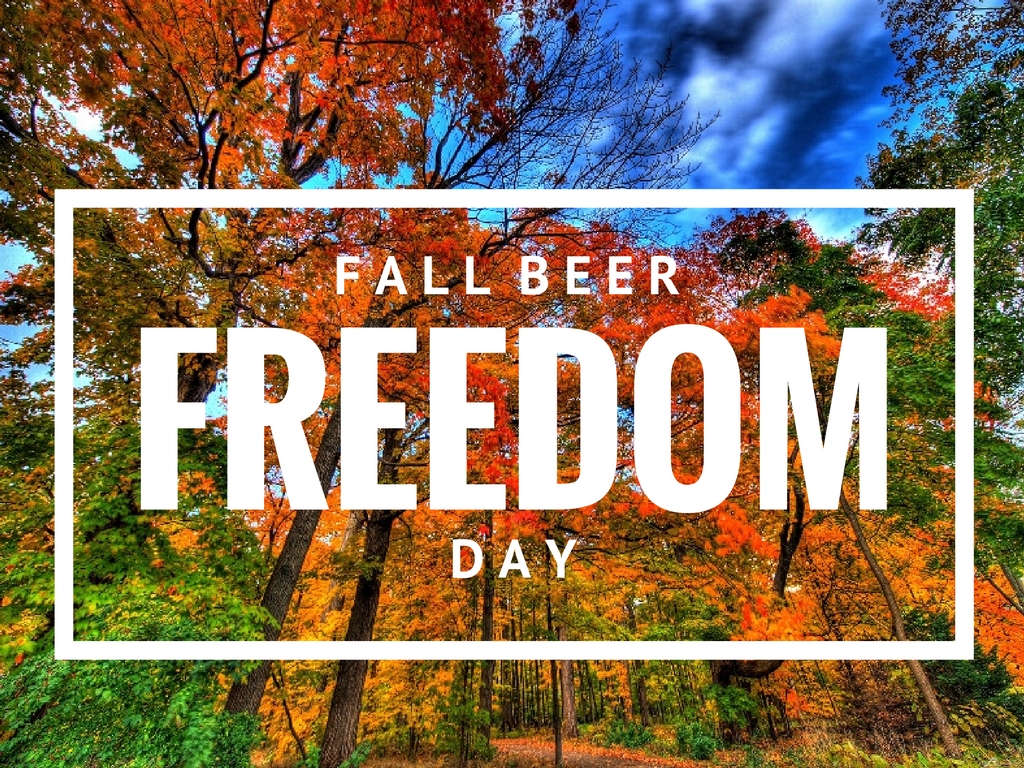 Just hold off on the pumpkin beers for a few more weeks, okay?

We weren’t really going to bother with FBFD’ing it up this year — we’ve long since conceded that the war has been lost despite our best efforts, and Seasonal Creep reigns victorious over us all.

And yet, here we are. The call for Fall Beer Freedom Day continues to go out throughout the land.

Fall Beer Freedom Day started in 2012 when we spotted an Oktoberfest on the shelves in July.

In 2014, Southern Tier’s famed Pumking snuck out of the distributor just hours before July started.

Since then, things have only gotten worse — this year the first autumn beer we spotted (albeit one with a name that’s very self-aware about its early release) came out in the middle of June.

Just make pumpkin beers a year-round thing at this point.

Look, you guys get it by now. Pumpkin beers and Oktoberfest beers just make zero sense to drink in August. We recommend you don’t do it, and wait until it’s actually at least close to autumn before you enjoy these seasonally-appropriate-at-that-point beers. You don’t have to, of course. Go ahead. Have an imperial stout on the hottest day of the year for all we care. We’re not your f’ing babysitters.

We’re just saying we’ll continue to hold off for a while.

Fall Beer Freedom Day has traditionally been the Tuesday after the Labor Day weekend, with that holiday weekend being the traditional end of summer festivities. The three days preceding FBFD are a great time to polish off all the fruited IPAs, hopped-up lagers and other shandies/radlers/Ritas that you’ve been enjoying in the heat of the season.

Let it be known throughout the land:

Mark your calendar accordingly. Even now, the drumbeat for fall beers is growing ever stronger.

Fresh off the canning line! Only a few more weeks until you can find our Tuba Guy on retailer shelves. #oktoberfest pic.twitter.com/UIyoggPBaS

Let it be known! Today is Oktoberfest day! Should start seeing it around soon. Get ready for the festivities! https://t.co/h2ubIwSvwo

You can remind yourself of all our past four years of FBFD efforts from day one here.

Source photo for our FBFD graphic found via a Creative Commons search. Credit to paul bica on Flickr.