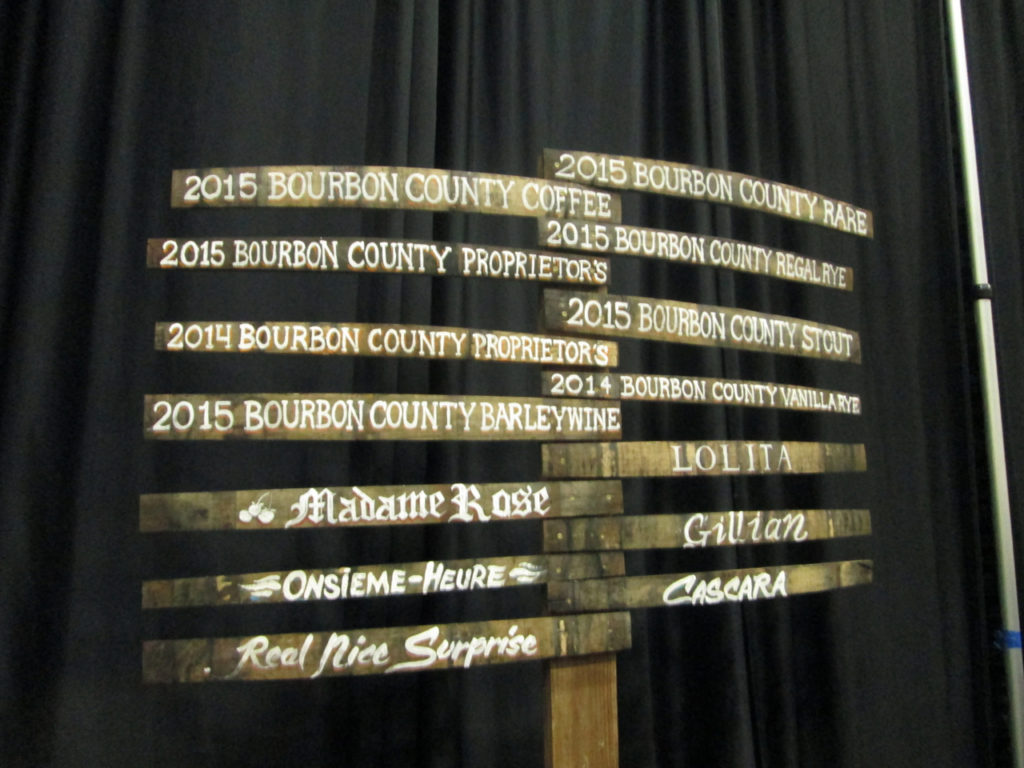 Even before we get started, I want to point out that our Steve Patterson was about 40 minutes ahead of the game for FoBAB 2015 with two brief text messages: 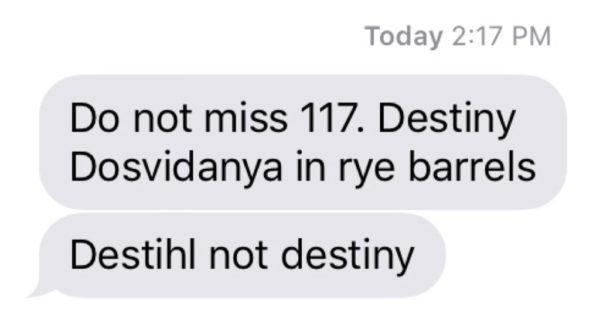 Lo and behold, Steve had just texted me the sister beer to the Gold Medal winner for one of the premiere FoBAB categories, Strong Porter/Stout. The regular version won the medal, but the rye-barrel-aged version was pretty great too. As soon as they announced Dosvidanya as the winner in that category, the crowd started to move in that direction, but as soon as this happened: 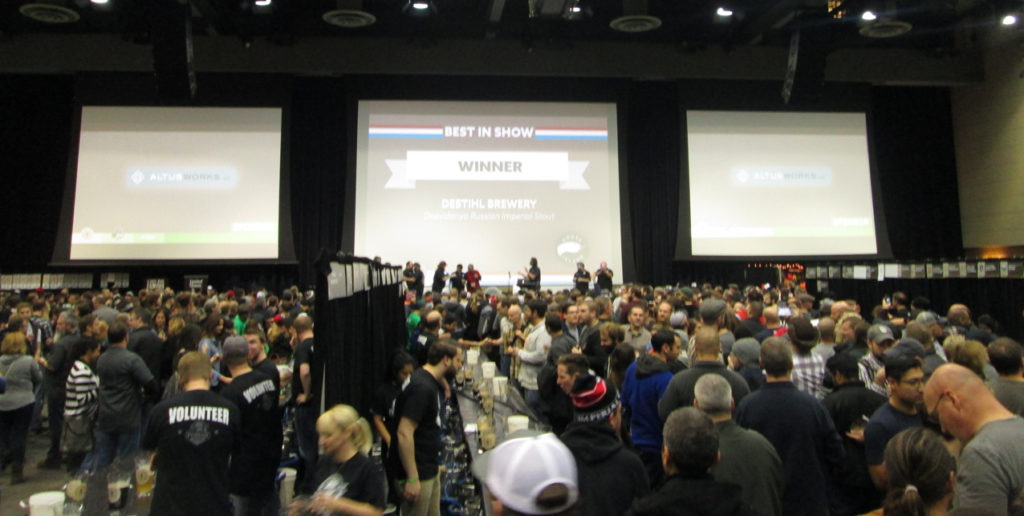 …I don’t want to say it was a mad rush to grab a pour of DESTIHL’s new superstar stout, but I will say that I have been in crowds at Slayer shows that rival the shoulders being thrown and personal space violated to grab a pour of that top-notch beer. The throng was immediately about 20 people deep and growing quick. I feel lucky to have escaped with all my limbs intact. 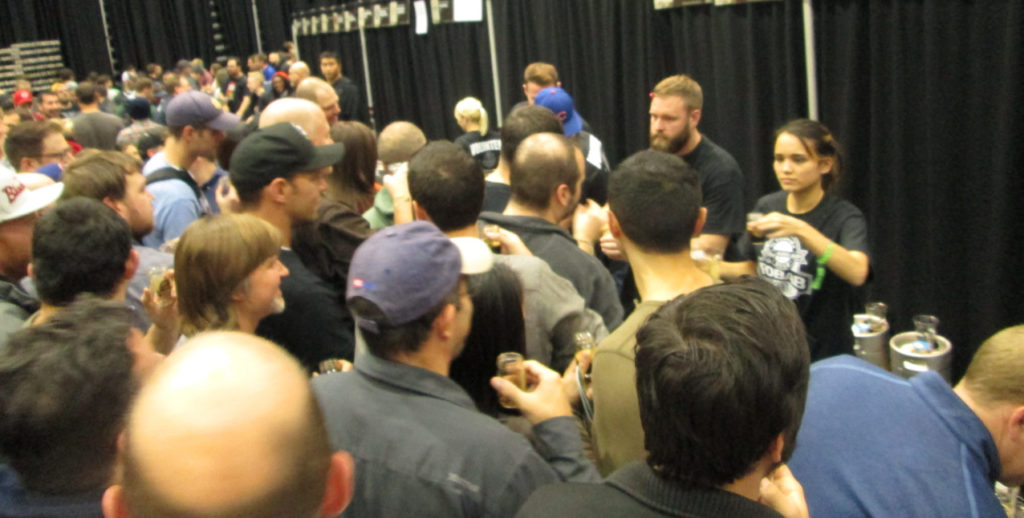 And how about a hand for those volunteers facing down a wall of hands thrusting FoBAB-branded mason jars in their faces? I can only imagine being them felt a lot like this:

So, I’m not saying we’re both totally FoBAB-psychic, but I did also break a Spiteful Brewing Malevolence Chocolate Caliente stout out of the cellar (read: the back corner of my fridge) in the last couple weeks, and that went on to take Gold for Specialty Strong Porter/Stout, also richly deserved. (Spiteful also took Gold for their Barleywine as well; two Golds in one year is impressive, but have you seen how small their barrel-aging program is?)

Unlike last year, I decided to brave the Goose Island lines, not once but twice. There was a brief lull in the Goose madness during the awards ceremony, so I jumped into line and winded my way around the line and grabbed a pour of Rare BCBS. It was pretty good. I don’t know if I can say it was $60 good, but if I had spent $60, I would assuredly say it was $60 good so as to preserve my fiduciary dignity. I thought Coffee BCBS was better, as I almost always do (that’s a beer that can do no wrong). Initially I thought it was a little ridiculous to have the line get wrapped back and forth as though you’re gearing up for the Iron Wolf at Great America, but in retrospect, it was nice not to have to fight that line through halfway around the room.

A view from the Goose line. Perhaps you can see how they had us snake around a bit. If you cant, just use your imagination. We cant do everything for you.

For all the folks heading to Kaiser Tiger after the early Saturday Session for a chance to have a taste of the Malort-aged Dark Lord, I hope they stopped for a second to grab a taste of the Lunar Brewing “Malorted Stout” that pretty much everyone was bypassing. It was…interesting. The spiced-up Kvassian Root Down from Temperance was the only beer I spotted that brought the peppery heat (no tabasco-barrel aged beers from Ten Ninety this year, though I’m told they may someday make a comeback), and the Logganbier from Metropolitan was another standout. I’m used to Goose basically owning the crowd with their special sections, but the Revolution Oasis also had lines throughout the night for spins of the swag wheel and a couple different radler options. 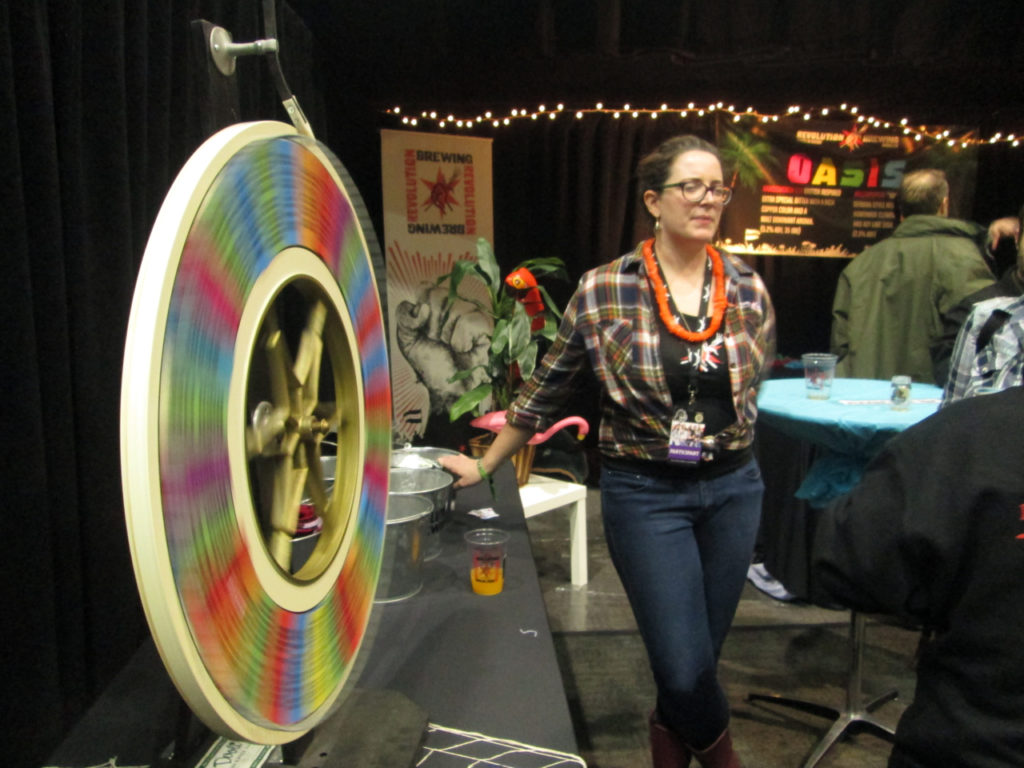 For a minute, I thought to myself, “wouldn’t it be fun to do an entire FoBAB and only try beers under 4-5% ABV?” That plan was immediately torpedoed by my first beer — as soon as I saw it, I made a beeline for the Vietnamese coffee porter from Michigan’s Perrin Brewing at 15%.

Otherwise, I did split the difference fairly well between wilds/sours and heftier beers; the Whiskers from Off Color and Central State absolutely earned their medals, as did the 18th Street/Penrose Wild 18 collab. As always, I dodged all the barleywines & wheatwines as per my usual MO. (If you’re looking for in-depth barleywine coverage, you’re pretty much SOL on this site. They’re just not my style. #sorrynotsorry) 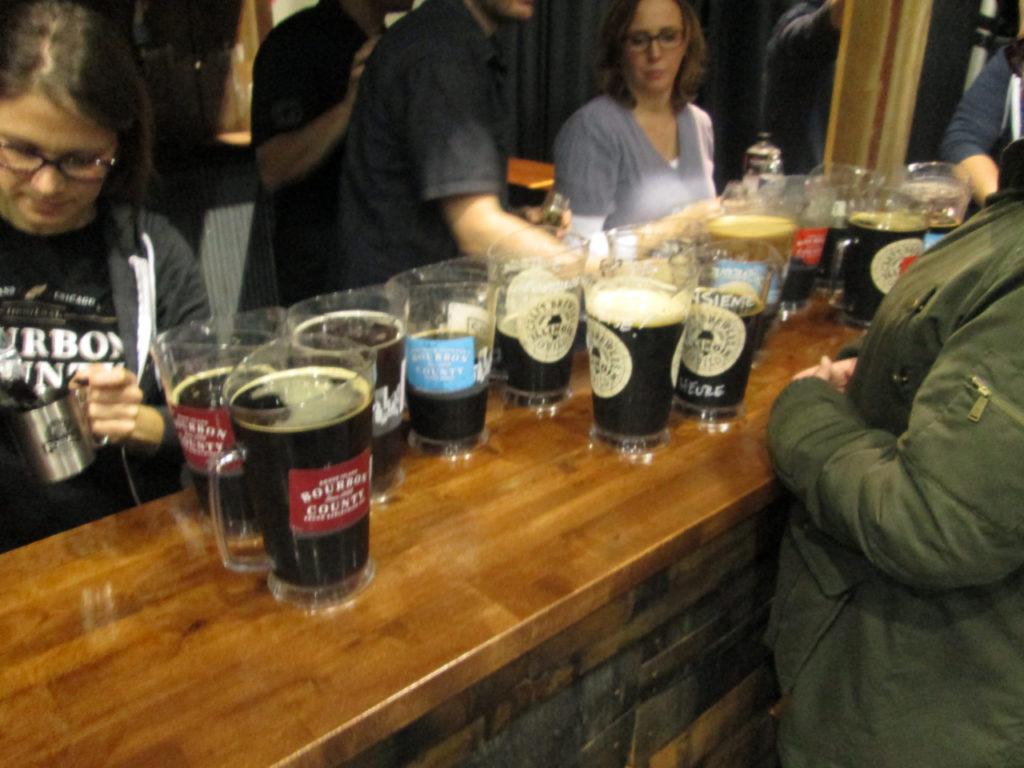 Other than the rush for Dosvidanya and the predictable Goose Island madness, the only other insane crush of crowd I spotted was for the 18th Street Hunter and the 4 Hands Madagascar stout, planted right next to each other for maximum crowd bottlenecking. Otherwise there seemed to be a little bit more space through the aisles compared to last year, the first goaround at the UIC Forum. The expansion to add a smaller second room was certainly helpful, as was an additional row along the wall for more beer space — this was the biggest FoBAB ever by number of breweries, and yet, it felt a little bit more spacious than last year’s event. (That could also be the difference between the Friday night session and a Saturday afternoon session, but I guess we’ll never know.)

Steve and I crossed paths long enough to talk some shop, watch some of the medals be handed out before diving back into the madness.

Here’s some of his thoughts: 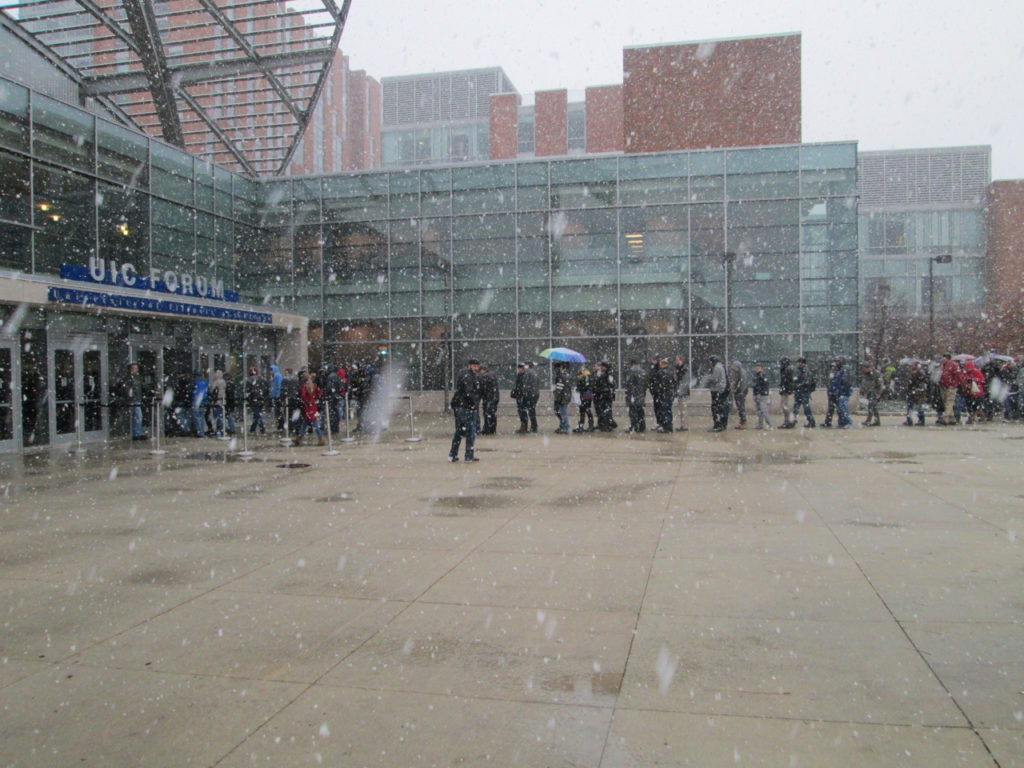 There you have it, folks. FoBAB 2015 in a 1500-word nutshell. You can view the rest of the winners on the handy-dandy Fobab.com. See you next year.

We leave you now the best way we know how — opening a can with a FoBAB medal for shotgunning purposes.