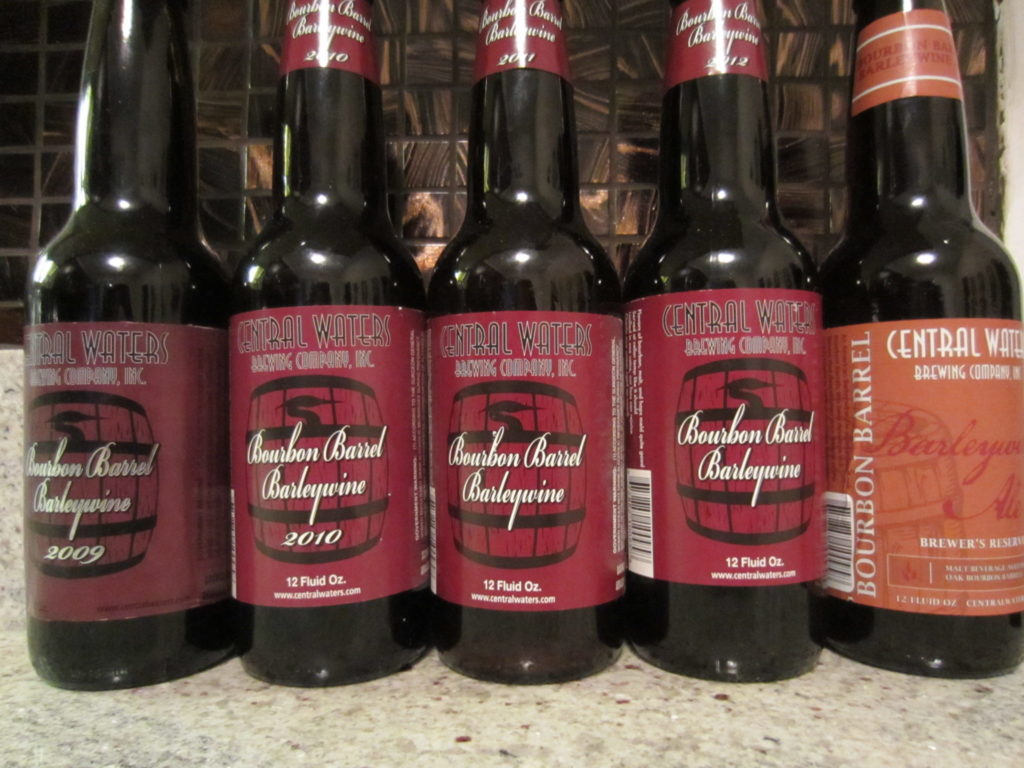 “A barleywine ale aged for a full year on used bourbon barrels, this beer have flavors of dark fruit and wood, winner of the Gold Medal at the 2008 Great American Beer Festival.” 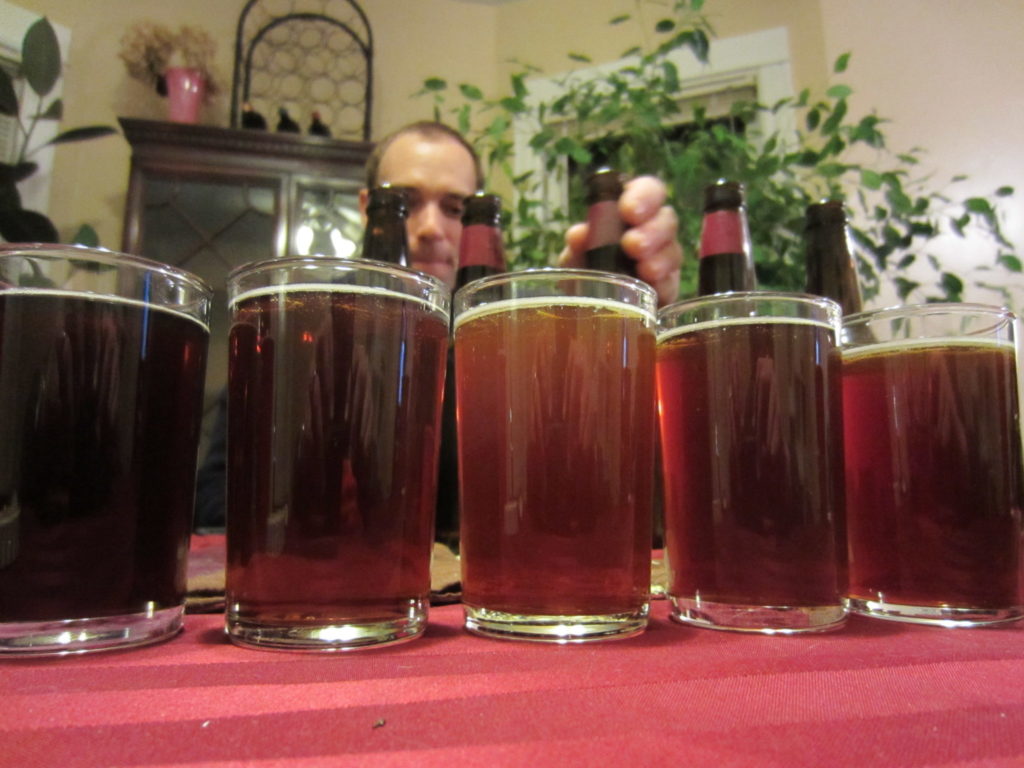 You know you’ve been cellaring a beer for a while when the commercial description changes somewhat drastically from the first bottle in the series to the last. When we first encountered this bourbon barrel aged hop-demon of an American barleywine, Central Waters was trumpeting the aging of “Charlie” in bourbon barrels. Charlie was a nod to Kosmyk Charlies Y2K Catastrophe Ale, also a barleywine, and the base for the barrel aged version. Seeing as how we’re now over a decade removed from Y2K, Central Waters changed up the marketing some to tout the hardware this beer brought home from the ’08 GABF as opposed to a laughable fear of all the things that would happen once the calendar turned over to 2000. Yes, we’re old enough to remember that.

Photos of the descriptions are below.

When we first encountered this beer, fresh, in 2010 I wrote of a challenging sipper of an American barleywine that seemed to fade in and out between aggressive hoppiness to cloying sweetness. Years in the cellar has done this beer well. Very well, in fact.

Working from oldest to freshest:

This was probably one of our best barleywine vertical tastings to date. We sometimes find ourselves disliking those middle years, when the hops haven’t completely faded away and the malts haven’t taken over, but each pour of Central Waters’ Bourbon Barrel Barleywine was stellar in its own right. 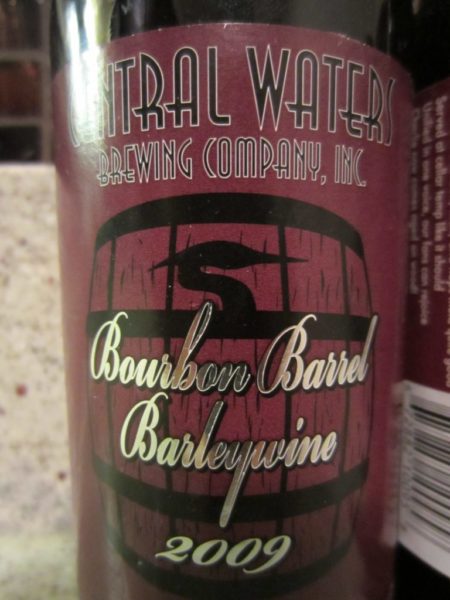 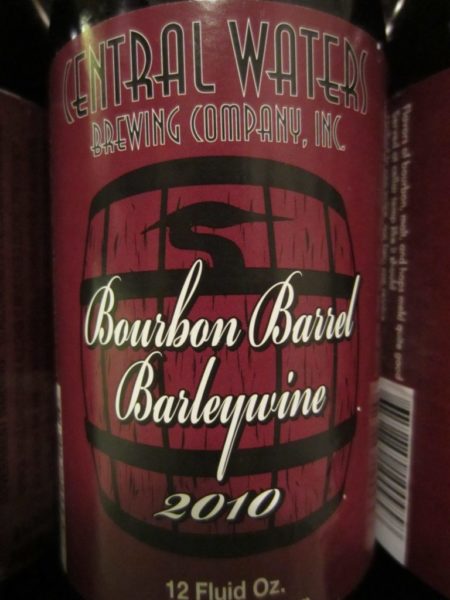 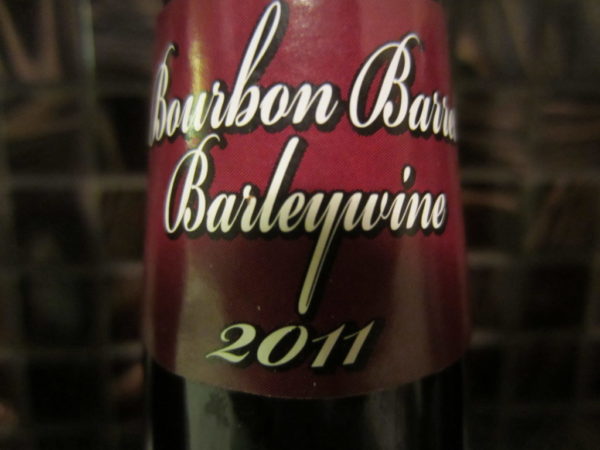 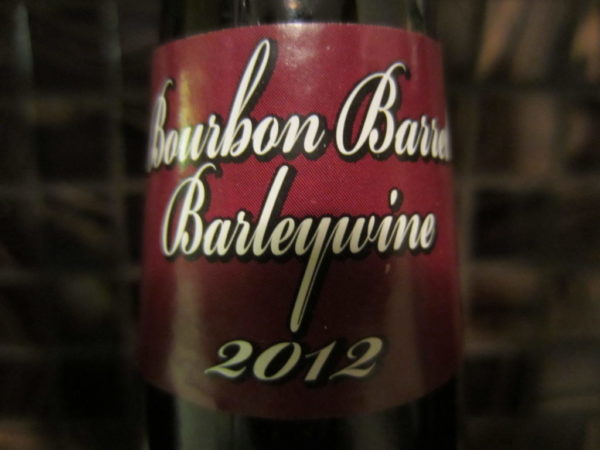 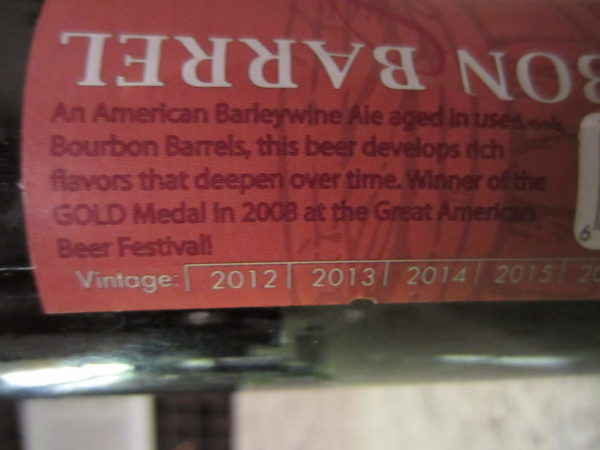 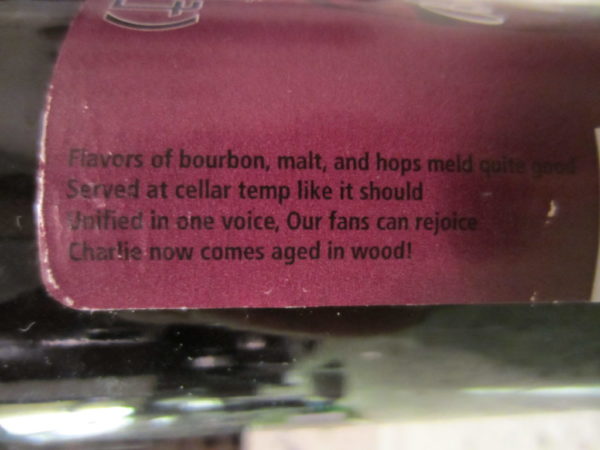 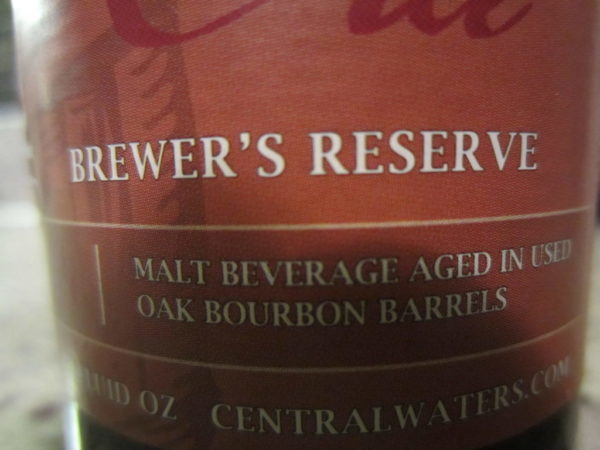