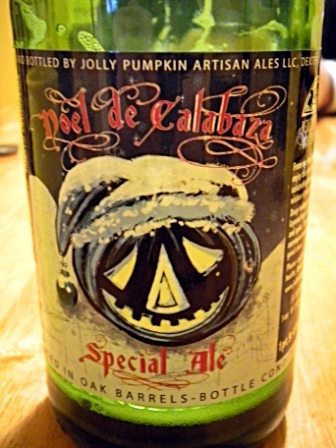 
Karl: Jolly Pumpkin is another one of those breweries who I want to like a lot more than I do.  The first offering that Ryan brought us from them, the Madrugada Obscura, was great but the following beers made me wonder if I only really liked that Dark Dawn because of the novelty of a sour stout as opposed to the actual beer itself.  I’ve been to the JP in Traverse City and had a couple of their drafts, we’ve tried and failed to appreciate the “pumpkin” beer from Jolly Pumpkin.  Now, thankfully, I have a JP beer that I honestly really, really liked.

This 2k7 release has been bouncing through Ryan’s mind for months and months.  I don’t know how I’d be able to hold this back for so long because damn, was this a fine beer.  I love sour beers – if you’ve met with me at a bar this year you’ve heard me praise La Folie to the heavens – but I don’t love how every single JP beer is at least slightly sour or acidic.  The Noel poured with a ridiculously monstrous head, taking minutes at a time to die off.  Once we got past that head, we discovered a whole new world of flavors.

If I described the Mad Elf this time as “funfetti,” this was more like a layer cake.  That thick, foamy head was all sour and tart, and if you suck just off the top of the beer and drink that foam it is literally facepuckeringly rough.  Drink underneath, like a beer archeologist, and you get to some pretty marvelous stuff.  An earthy, funky, oaky and complex beer lies beneath, with carbonation and some sweetness and a little taste of white wine to boot.

I literally exhaled and basically gasped at the end of this beer.  Some beers are described as “complex” but you know what’s all in there and what’s going on.  This version of “complex” just kinda makes you say “what the eff is going on here” but you go back for more.  This is my favorite Jolly Pumpkin to date.  If this is more of an indication of what they were doing back then, I’d love to see them do more of this. 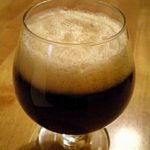 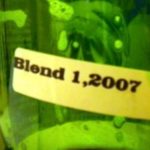 Ryan: When Karl mentioned sucking the foam off the top of this beer he neglected to inform you of the dangers of doing so.  Yes, he did mention how “facepuckeringly rough” it was.  And that is true.  The foam was sourer than the sourest sour candy I have ever eaten.  The real danger, though, is having some of that foam go up the wrong pipe.  Yup, that’s right, I had Jolly Pumpkin Noel De Calabaza go up my nose.  Now I’ve had plenty of (legal) things up there; milk, soda, maybe a tic tac when I was a kid.  But nothing can describe how badly this beer burned.  It almost brought me to tears.  So…don’t go trying to drink this through your nose. Capisce?

The “foam incident of 2010” aside, this beer redefined awesome.  The nose (careful!) was full of pears, apples, earth, soil and that funk we know and love from Jolly Pumpkin.  Take a sip and you get a sourly complex beer that has a mix of tart fruits, hints of dark chocolate, raisins and plums and some vanilla.  Each sip was different with any of the aforementioned flavors being more prominent than the others.

Karl and I tend to be in agreement on our JP beers.  We don’t always like the tart sourness stealing the show.  So maybe the trick, then, is to give their beers some time to mellow out and allow some of the other flavors to come to the forefront before popping the top.  I would say this is a remarkable candidate for the cellar and would encourage anyone and everyone to pick some up and lay it down for a while.  You will not be disappointed.

Andrew: Pouring from a bottle that has a label looking like a scene out of The Nightmare Before Christmas comes a fantastic offering from Jolly Pumpkin – the Noel De Calabaza, 2007.

When you were younger did you have any friends that tried to snort pixie sticks or crushed up sweet tarts? Oh…you didn’t? Well I did (Look, we lived in a small town, there really wasn’t a whole lot going on). Anyway, the Noel De Calabaza was sour sour sour sour sour – as soon as Ryan opened the bottle you could smell the sour and the funk from across the room.

The beer poured with a huge white foamy, bubbly head. The really interesting thing here is that the head of the beer was much sourer than the beer itself…I’m talking a mouth puckering, I-have-five-warheads-in-my-mouth sour. Once we fought through the nothing-but-sour head, we were welcomed to a much calmer but complex beer with a fruity, sweet sour, a lot of malt and funk. I couldn’t find the hops if it was supposed to be there. There was a lot of sediment hanging around in the bottle and glass as well. 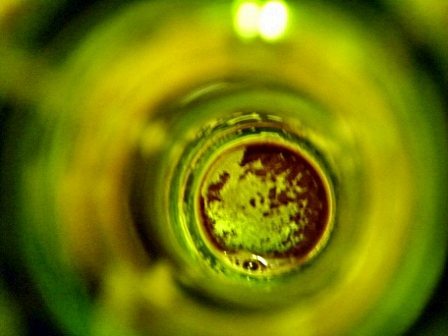 I really had no expectations heading into this one, but was pleasantly surprised.