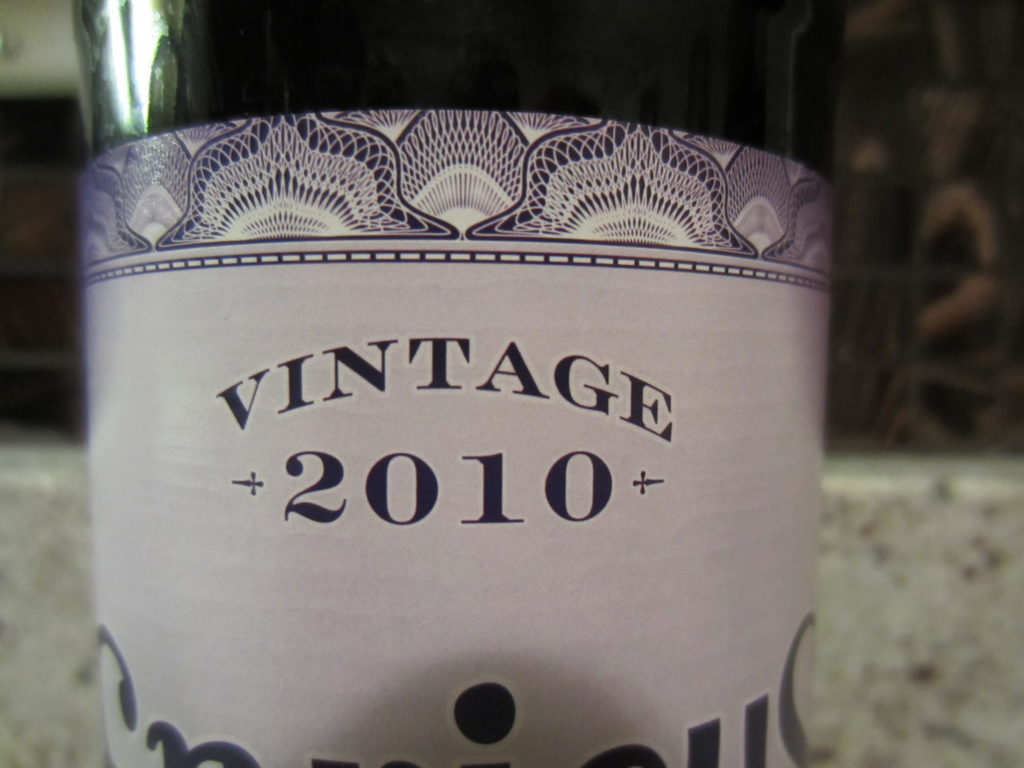 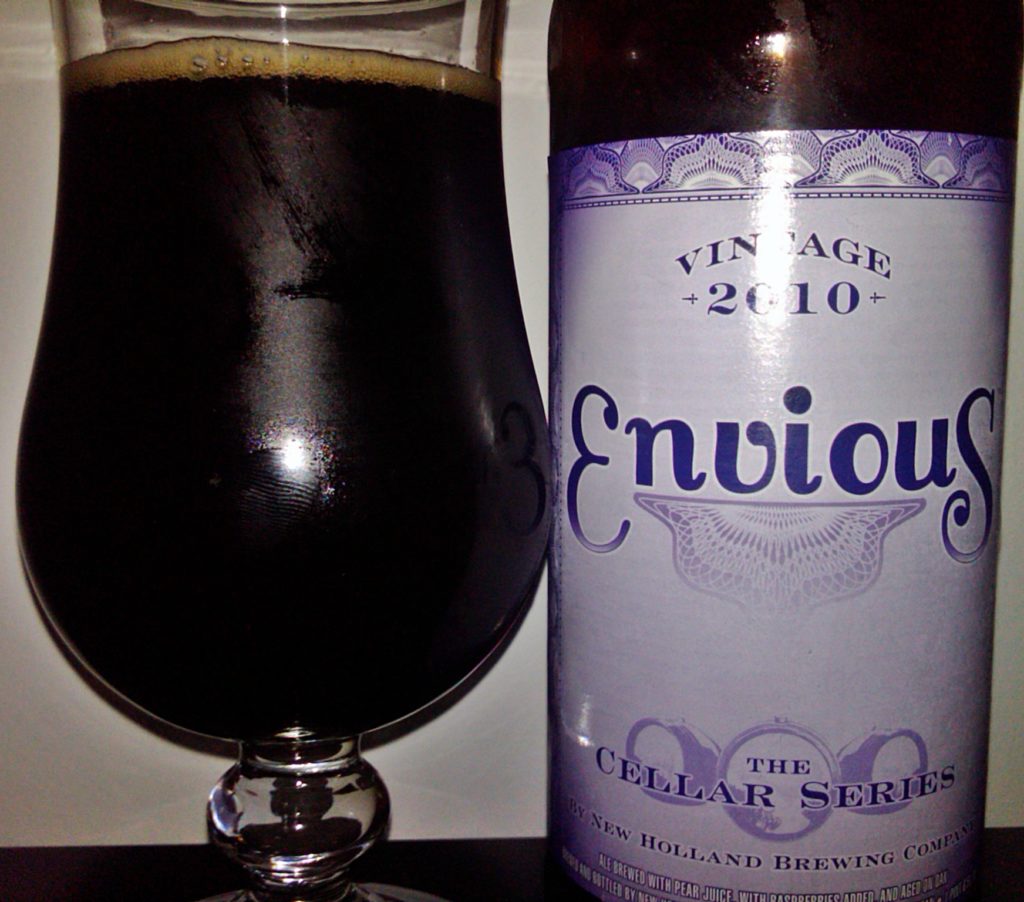 This is the first installment in New Holland’s Cellar Series and made up a trio of  new beers released in 22 oz bottles for 2010 that included High Gravity Series additions El Mole Ocho and Beerhive Tripel.  We were big fans of the latter two but weren’t exactly blown away by the Envious when it was fresh.  I sampled it at Sheffield’s in Chicago shortly after its release and found it lacking in depth and tartness.  It was strangely thick, but not syrupy, and was heavy on the pear juice.  Sadly, a year in the cellar didn’t add much character to this beer – at least of a positive note.

Envious poured dark, thick and murky giving off a light aroma of pears and raspberries.  It seems to actually be thicker than what I recall a fresh pour being.  Take a sip and you’ll find dull pear juice from a can up front followed by a bit sawdust, presumably from the oak, and a hint of raspberries in the finish.  There is little to no carbonation and very little depth to this beer.  It seems rather one-note with the pear flavor – but that flavor isn’t very sharp.

If you let this beer open up a bit you’ll find the pear a bit more pronounced as well as the raspberries in the finish but this beer is seriously lacking any tartness whatsoever.  In fact, there isn’t much to the finish at all.

I must say I was rather disappointed by this offering from New Holland and judging by the reviews on Beer Advocate it appears I am not alone.  Generally I’ve had good experiences with their beers but this wasn’t one of them.  I still have one bottle left, which I am going to let sit for a few more years and hope something mysterious and magical happens at some point along the way. 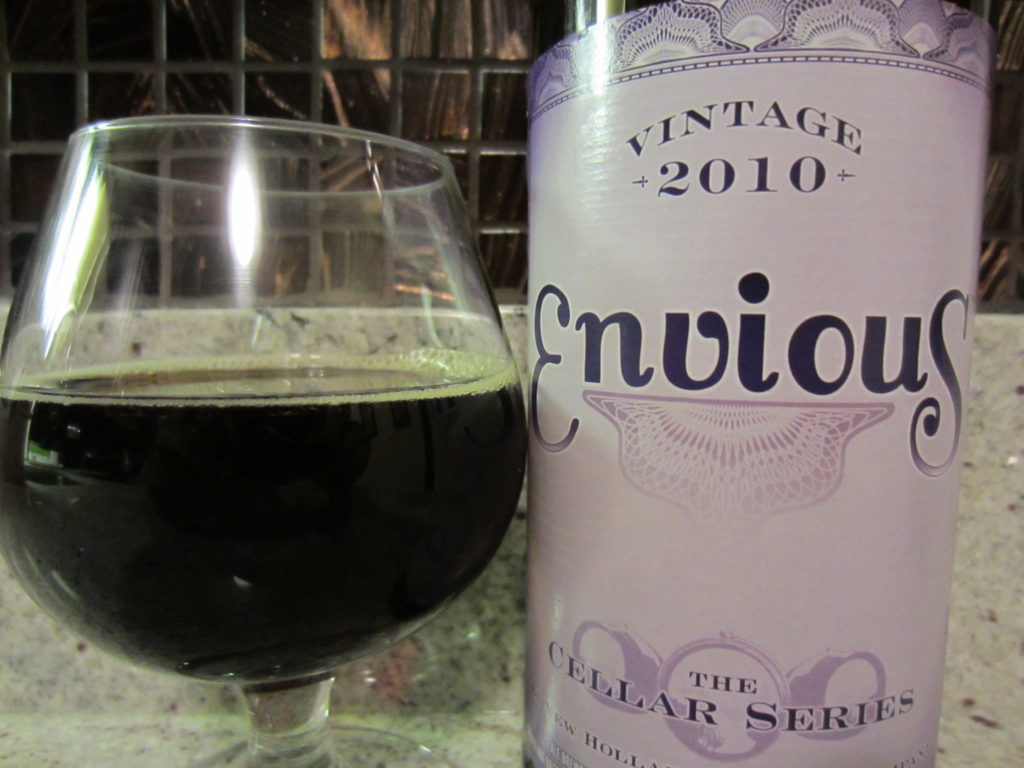 Before sitting down to sample this beer after three years in the cellar I decide to re-adjust my attitude on this offering from New Holland. Looking back, I think when I first sampled this in 2010 and again in 2011 I wanted it to be like a Duchesse De Bourgogne, a Monk’s Cafe or anything sour from New Glarus. Basically, I wanted Envious to be something it wasn’t.

So, with this new, fresh perspective in mind, I cracked open the Envious with a clear head and zero expectations. And I was pleasantly surprised.

The Envious is no longer pear-heavy as the raspberries and flavors from the oak aging have finally emerged. In fact, there is a pleasant balance in the nose of pear, berries and vanilla beans.

The pear and berries, specifically raspberries, carry through on the palate with a touch of almonds and a hint of vanilla on the finish. The body has thinned out considerably, making for a less syrupy beer. The carbonation has improved too – it’s lively and effervescent.

This beer finally has the depth and character I was hoping for. No longer is it one-note. Envious has improved a great deal with age – or perhaps – with more realistic expectations. 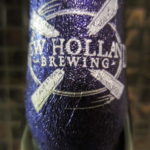 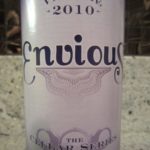 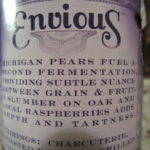 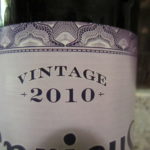 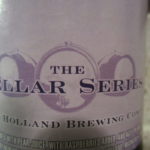 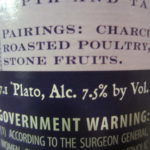 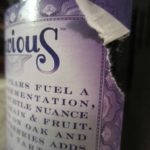 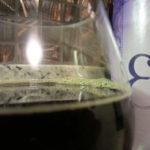 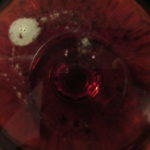 From The Cellar: New Holland Envious was last modified: August 26th, 2021 by Ryan