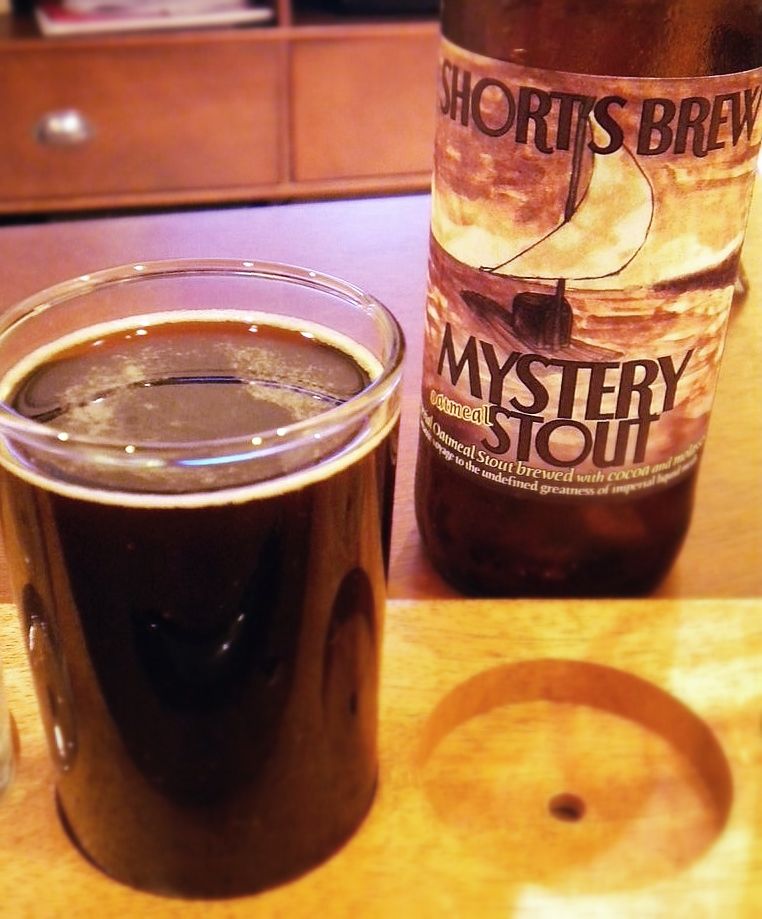 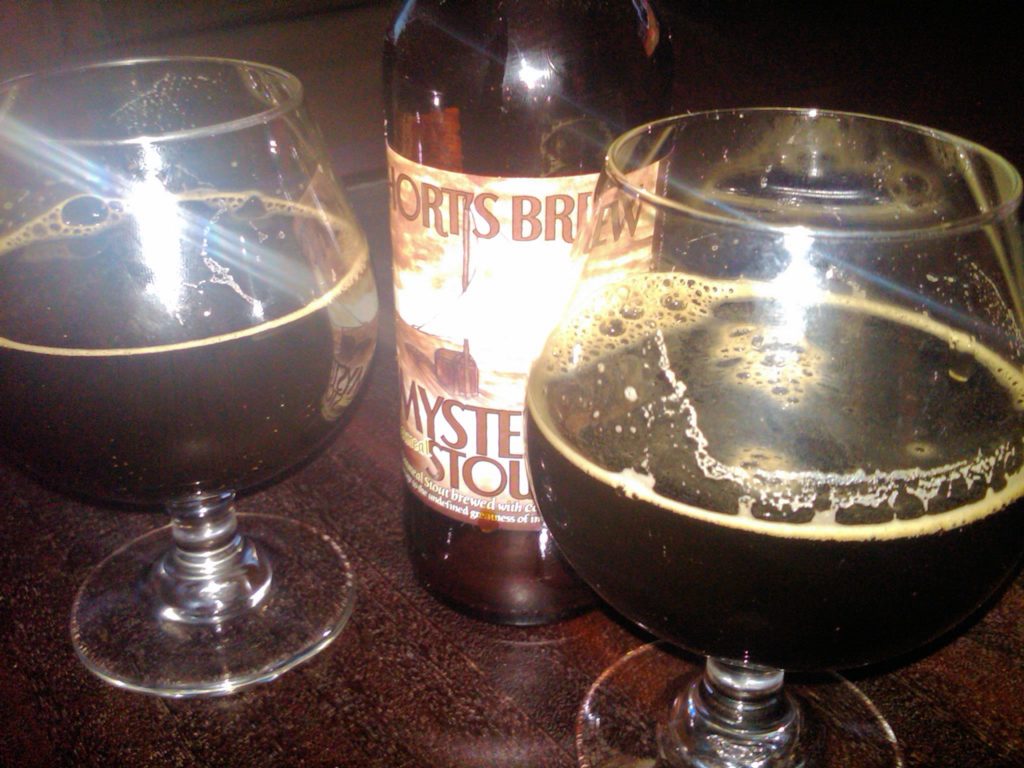 Imperial Oatmeal Stout with cocoa and molasses. It possesses rare flavor combination’s which can overload even the most experienced beer connoisseur.

(EDITORS NOTE: This beer was puchased in January of 2010 and first reviewed in April of 2010.  Two bottles were set aside for the cellar, one of which was sampled in November of 2010 and the other in October of 2011.  Below are the initial tasting notes followed by 9 month and 19 month tasting notes.)

Andrew: An incredibly thick, syrupy beer that poured with no head and was very dark.

We let the beer warm up a bit before getting our tasting on, and as it warmed I detected bitter and boozey notes. In the taste I picked up a lot of chocolate, malt and molasses flavors – a very dense beer in both appearance and flavor – and it had a bit of a burn on the back end.

Ryan:  A mix of chocolate, molasses and booze in the nose of this incredibly dark and thick oatmeal stout.  The booze definitely dominates the smell.  And the taste.  In fact, you can pick up all 10.8% of the ABV in this one.

Once this beer warms you can start to see the complexity a little more with a bit of chocolate and molasses trying to push past the booze.  And it does finish with a nice bitter, dark of German chocolate flavor.

I really like this beer.  A lot.  But is a tad on the boozy side.  I do have a few bottles left.  Maybe they would be a good candidate for the cellar and we can revisit this beer in another six months to a year?

Ryan: So the consensus, albeit a short one (sorry ’bout that), was that the Mystery Stout was a little hot – too boozy.  So we decided to set it back for a little while.  I pulled it out last month to give it a shot after nine months in the cellar.  This was a newly bottled beer from Short’s so there was no real way to know how this would cellar or if it was worth setting back.  I also don’t know if there is much precedent for cellaring Short’s bottled beers.  Some breweries beers just don’t cellar well regardless of style.  Sorry Lagunitas, but I’m looking at you.

The alcohol did fade from the nose and the palate as I had hoped but there was something a little off about this beer.  It did give off a nice nose of dark chocolate, molasses and freshly rolled oats.  And many of the flavors smoothed out nicely with a bit of chocolate, whole grain bread and sweet molasses pushing past the alcohol that was so abrasive during the first tasting.  But there was some bitterness in the finish of this beer that, while I couldn’t quite put my finger on what I was, left me the impression it wasn’t supposed to be there.  It didn’t taste contaminated, just…off.

I have one more bottle set aside and I am going to leave it there for, probably another few months.  I really want this beer to smooth out and be awesome.  Only time, and constant temperatures in the range of 45 degrees to 55 degrees, will tell.

KARL: This is why you age beers. This is why you do it. To have beer experiences like this one. This imperial stout follows through on all its promises, and improves dramatically with some time on it. Brewed with cocoa and molasses, nothing stands out on its own too drastically when it’s fresh, but here, it’s a symphony of individual flavors that comes together to form a cohesive whole.

Starting off with a bitter, bitter baker’s chocolate flavor, it shifts on the palate to show the oatmeal, and then more chocolate, on to some subtle raisin, to some more chocolate. Insanely rich and terribly aggressive in a good way, the Mystery is a clear winner.

ANDREW: Awesome. Just awesome. There’s no other way to really describe this beer – it was the perfect marriage of flavors between chocolate, molasses and malts.

No one thing really stood out here, everything was working together in perfect harmony. Did I just hear someone sing Kumbaya?

RYAN: Nope. That sound you heard, Andrew, was me eating some crow. In harmony, apparently.

Karl hit the nail on the head. This is why you cellar beers. Clearly, with less than a year in the depths, this beer was so-so at best. The heat was turned down some and the standout flavors of dark chocolate, oats and molasses still popped. But there was something missing. And that something was an unparalleled smoothness.

The nose still gives off a hearty scent of oats and molasses. And the two translate over to the palate nicely, joined by German dark chocolate, creating flavors akin to a chocolate chip oatmeal cookie.

That bitter “off” flavor I picked up on the finish of this beer is gone; replaced by the smooth, sweet flavor of molasses.

Any semblance of booze or alcohol is gone, leaving behind a smooth as silk imperial stout, which is what truly wowed me.

This beer was fantastic fresh and got even better with time. Drink it now or forget about it for two years. I know that sounds like forever now, but you’ll thank us in 2014. Promise.

From The Cellar: Short’s Mystery Stout was last modified: August 25th, 2021 by The Guys