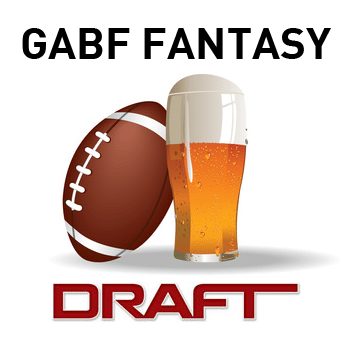 The results are in from this year’s Great American Beer Festival and, as we recapped yesterday, Illinois did so-so while the Midwest as a whole did fairly well. But how did we do? Sure, we didn’t have any beer up for judging at GABF but the three of us put our beer know-how to the test and took part in Draft Magazine’s GABF “Fantasy Draft” (easily the nerdiest fantasy draft we’ve encountered).

We might as well put this out there right away: none of us won. The winner racked up 280 points, second place had 270 points and third place 265 points. Ryan came somewhat close to those totals but Andrew and Karl were a ways off.

So here are our results — in order of highest points to lowest points — including breweries selected and points awarded to each brewery:

I guess doing that “research and stuff” actually paid off. I won’t gloat too much about the choices I made, however it looks like going with a mix of known commodities and proven winners was the way to go.

I am surprised, however,  that neither Short’s nor DESTIHL medaled. The same goes for Pizza Port Carlsbad, especially given their recent success at GABF (eight medals in the last two years). Church Brew Works was a bit of a gamble as they went quite a while without medaling prior to winning big last year. Sadly my sleeper, Solemn Oath, slumbered.

Now to get to work on a spreadsheet for next year’s GABF “Fantasy Draft” and to create a formula for Beers Above Replacement — or something to that effect.

(Editors note: due to the partial government shutdown Andrew’s comments have been furloughed.)

Here we see the results of betting your heart, and not your head. My measly ten points are what happens when you don’t do jack crap for research.

In retrospect I probably should have realized that the entire country perhaps wasn’t obligated to acknowledge the awesomeness of Illinois and Midwestern brewing (and perhaps there’s a little coastal bias at work here, who knows, I’m not a judge).

I am at least happy that Scratch got a little attention (and yes I linked to this yesterday and yes, I’m doing it again) and I maintain that folks like Solemn Oath and Church Street are definitely going to earn themselves some hardware in the years to come.

The pendulum of attention obviously swung away from the Midwest this year. Maybe if I stick to my guns, next year we’ll see the focus head back to those of us in the flyover states.

Thankfully, we didn’t put any money on this particular wager, but I do feel somewhat obligated to buy my two compatriots an Illinois beer of their choosing to acknowledge their victory.