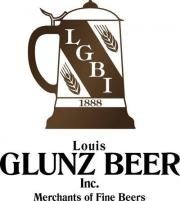 (Editors Note: The following post was written by our legal analyst, Thom Vogelhuber. Thom is a 2012 DePaul Law School graduate and currently works as an associate attorney at Pittacora & Crotty, a small law firm in Chicago which focuses on business and commercial transactions and litigation.)

Newly released documents in the compensation dispute between distributor Louis Glunz and Dogfish Head evidence a significant deterioration in the parties’ relationship.

On November 1, attorneys representing Glunz and Dogfish were back in federal court in Chicago to enter a discovery plan for the pre-trial litigation phase of the dispute.

To recap – Glunz is suing Dogfish Head in the Northern District of Illinois over a fundamental disagreement regarding the value of the distribution rights of Dogfish Head beer brands. Dogfish no longer wants to employ the services of Glunz to distribute its beers in northern Illinois and is seeking to terminate its distribution agreement with Glunz.

A Bumpy Road Ahead

A settlement agreement between the parties, however, does not appear likely to come to fruition any time soon. On November 1, attorneys for both sides entered into a discovery plan to exchange information, documents, and complete depositions. This process is expected to take at least until September of 2013 with the earliest possible trial date around November of 2013. Both sides have entered into informal settlement negotiations, which have been unsuccessful. Recent court documents released suggest a disagreement between the parties on the calculation of reasonable compensation, as well as tension over fundamental business principles for beer distribution.

Dogfish’s best offer to compensate Glunz for terminating its distribution rights was 4.8 times Glunz’s gross profits from June 2011 through May 2012. Glunz stated “…Dogfish distribution rights are clearly worth 10 times.” As declared in an affidavit from Janet Bishoff, Chief Financial Officer of Glunz, Glunz’s gross profits on the sale of Dogfish beer brands in Illinois exceed $900,000. Therefore, Glunz believes it should be compensated approximately $9 million, while Dogfish believes reasonable compensation equals approximately $4.32 million.

With a valuation difference of nearly $5 million, one can see why the parties have been unsuccessful in settling the dispute out of court. Glunz appears steadfast at its $9 million valuation and unwilling to settle for any value significantly less than its current position. While Dogfish has not submitted an offer anywhere close to Glunz’s $9 million valuation, it is unclear if Dogfish is firm in its final offer and if it intends to fully litigate this dispute through the court. If the parties plan to proceed with the dispute through trial, both sides should each expect to expend at least several hundred thousand dollars in litigation costs, including attorneys’ fees, court costs, and discovery costs for depositions and expert witnesses. Further, if either side significantly disagrees with the determination of the trial court then the decision will undoubtedly be appealed, which will increase costs and considerably delay resolution of the dispute.

Two main factors will determine the likelihood of Dogfish reaching a settlement agreement with Glunz: Dogfish’s perceived chance of success within the courts and Dogfish’s eagerness to commence its relationship with a different distributor in Illinois. First, if Dogfish strongly believes the trial court is likely to agree with its $5 million valuation, or anywhere near that number, then Dogfish may have the opportunity to save several million dollars in a compensation payout to Glunz. The litigation expenses will have a relatively negligible effect if the court finds in favor of Dogfish, especially if Dogfish is successful in a petition for attorneys’ fees. Ultimately, however, litigation is still a risky proposition, notwithstanding a party’s confidence in a court finding in its favor.Second, Dogfish’s desire to use a new distributor may be a significant enough impetus for Dogfish to reach a settlement agreement with Glunz. While the dispute is being resolved in court, under the BIFDA, Dogfish is required to continue using the services of Glunz to distribute its beer products at a level consistent with past practices and future growth. Trial will not occur for at least a year and any appeal could considerably delay a resolution. Therefore, assuming Dogfish proceeds with litigation, Dogfish will be delayed at least one year before it can start using a new distributor. Dogfish may be missing out on significant business opportunities if it is unable to immediately pursue a new relationship with another distributor. Consequently, Dogfish’s potential lost business opportunities with a new distributor may encourage Dogfish to raise its compensation offer a couple million dollars, or to at least to a level that will promote settlement.

In the event of a settlement, Dogfish will need to proceed cautiously, however, to avoid a perception by other distributors of weakness on the part of Dogfish. Specifically, if Dogfish quickly accedes to the demands of Glunz then, in the future, other distributors whose relationship are terminated by Dogfish may pursue litigation as tactic to unduly burden Dogfish. Additionally, in future compensation disputes, distributors may seek to use any compensation paid by or valuation method employed by Dogfish in this dispute as a standard for future disputes. Therefore, Dogfish needs to proceed prudently to ensure that it does not overvalue the short-term goal of resolving this dispute expeditiously at the expense of compromising its bargaining position in potential future disputes. At the very least, in any settlement agreement entered into with Glunz, Dogfish should require strict confidentiality of its terms and conditions.

A 2010 case – Warren Distrib. Co. v. InBev USA, LLC— from the U.S. District Court of New Jersey is illustrative on how a court may decide a compensation dispute between a brewer and distributor. Further, this case is an apt example of the potential pitfalls of fully litigating this kind of dispute in the courts. New Jersey has a similar law to Illinois’ BIFDA that requires a brewer to provide a wholesaler fair market value of a wholesaler’s business when it terminates brand distribution rights.

The parties’ inability to reach a settlement agreement resulted in the distributors filing suit against AB seeking, inter alia, a determination of the proper valuation of the distribution rights. The judge concluded a jury could find that either $25 or $60 million could represent fair market value. With a jury acting as the sole arbiter for assessing fair market value, the jury rejected the discounted cash flow method and applied the market multiplier approach. The jury found that AB underpaid the distributors for the beer distribution rights and awarded the distributors only $390,000 in damages, in addition to AB’s $25 million compensation offer.


Glunz should be aware of the Warren Distrib. Co. case and the possibility they may spend significant resources to obtain a minimal or no victory at all. If Glunz decides to fully litigate the issue then it should be convinced that a court will find in its favor. Otherwise, Glunz may be throwing good money after bad money to litigate an issue where ultimately the court may decide in favor of Dogfish. At minimum, Glunz should attempt to circumvent this risk by negotiating a settlement agreement with Dogfish.

In addition to the parties’ disagreement over valuation, a second reason a settlement agreement seems unlikely at this time is the emergence of documents suggesting Glunz feels disrespected by Dogfish’s termination. Even though Glunz acknowledges that Dogfish is within its rights to terminate their distribution agreement, Glunz fundamentally disagrees with Dogfish regarding the structure and operation of brewers and distributors in the beer industry. 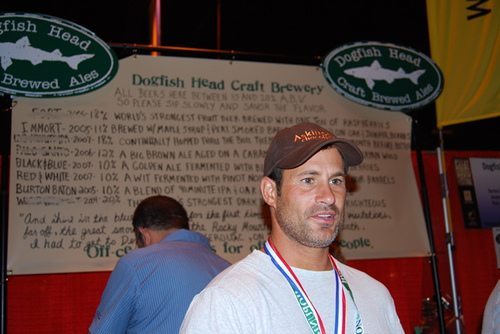 In a correspondence from Glunz to Dogfish regarding Glunz’s disappointment with the distribution termination, Glunz referenced a quote from Dogfish’s owner, Sam Calagione, where he stated “The more retailers, distributors, and large industrial brewers consolidate, the more fragile the current growth momentum of the craft segment becomes.” Glunz criticized Dogfish for abandoning “this mindset” and turning “against those people who stood by and supported” Dogfish. Further, Glunz punctuated its feelings towards Dogfish by stating “[Dogfish] is stepping against everything [it] always stood for.” Dogfish responded to Glunz’s characterizations as irrelevant to a determination of what Dogfish owes as reasonable compensation under the BIFDA for terminating the distribution agreement.

The statements made by Glunz have no impact on a brand valuation assessment, and Dogfish correctly asserts they are irrelevant. Glunz’s statements distract from the central issue of the dispute: to determine the value of reasonable compensation that Dogfish must pay. Glunz’s statements reflect a belief that the beer industry, and in particular the craft beer segment, is better served by a multitude of independent brewers, distributors, and retailers, as opposed to an oligopolistic beer industry.

One should note that small, family run distributors and large, national distributors both play an important role in helping to foster and to maintain the craft beer industry. Alignment by craft brewer with a large distributor does not necessarily signal a shift away from the principles and ideals associated with being a craft brewer. Nevertheless, any discussion between the parties concerning the fundamental structure of the beer industry is misguided. In the end, Glunz’s statements may function as a divisive wedge, which could make it more difficult for the parties to communicate amicably and to reach a settlement.

While both parties are appear firmly fixed on their current valuation assessments – $5 million and $9 million for Dogfish and Glunz, respectively, the discovery process may facilitate the opportunity for settlement by allowing both sides an opportunity to exchange information and assess the strength of the opposing party’s position. As this case proceeds to litigation and new information is obtained, there will be a better opportunity to analyze the positions of each party and prospects for litigation.