Looks like the Bourbon County family is getting a new addition this autumn.

The TTB just approved this label for Goose Island Bourbon County Brand Wheatwine, and it’s the first variant label approved in 2018 (the BCBS Original label was approved earlier this month).

Wheatwine has made its way to the public in the past, but never in a packaged form. They released a single barrel at the Taproom back in advance of FoBAB 2017, and per some Untappd check-ins, it appears that it’s popped up since then as well.

Just because this label is approved doesn’t mean Bourbon County Wheatwine is a guaranteed thing.

Last year’s variants included Original, Coffee, Barleywine, Northwoods, Proprietors and Knob Creek Reserve. A special Reserve Barleywine was set to be released as well, then pulled from the schedule due to flavor issues.

We’ve also seen labels for a scotch-barrel-aged Bourbon County Stout come through, but that beer never materialized (a barrel-aged stout eventually emerged earlier this year as Islay). As we say on all of our TTB label posts, just because a label is approved doesn’t mean it’s definitely going to hit store shelves.

That said, Bourbon County Wheatwine would be an interesting new addition to an otherwise-somewhat-predictable lineup. What do you think? Are you looking forward to more of the same, or interested in seeing what Goose might be able to to with a different (but still similar) kind of style? 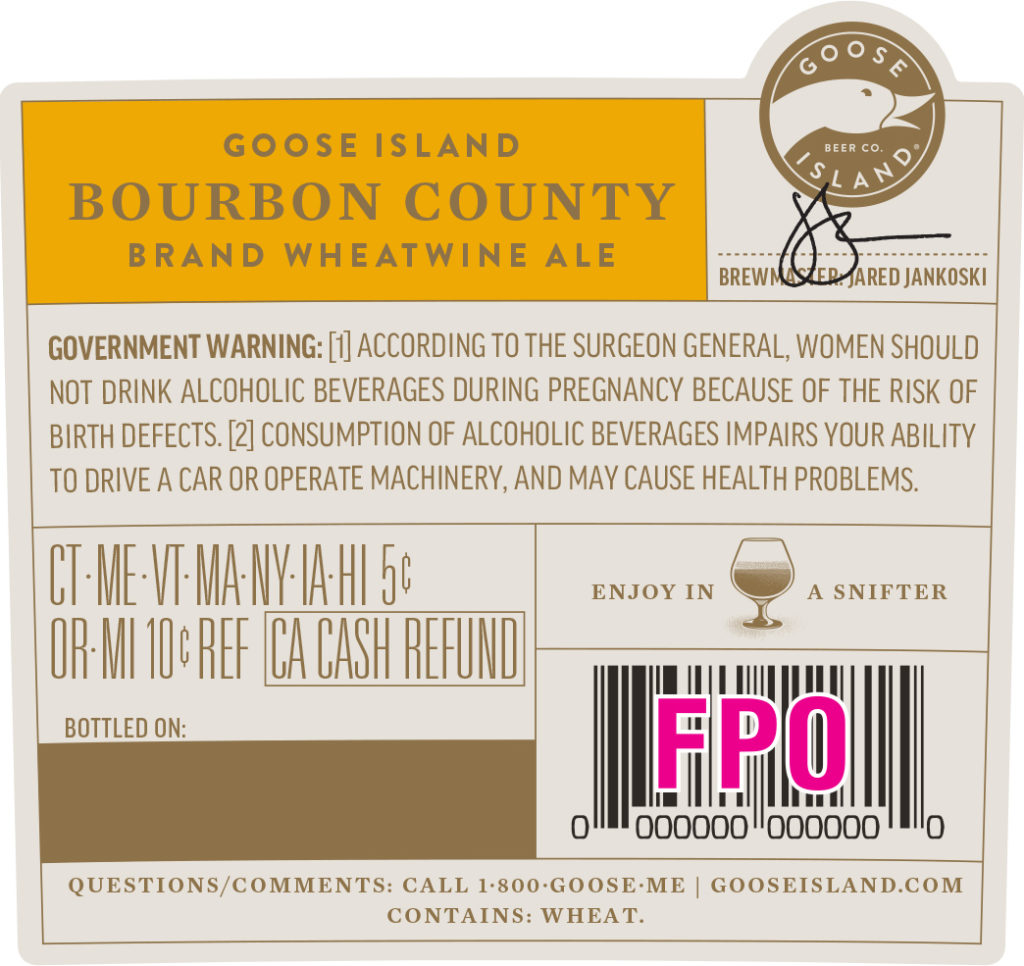 We’ll continue to keep an eye on all label releases and update you as necessary.