Last week we brought you the first label of this year’s Goose Island’s 2018 Bourbon County Stout variants to cross the TTB — Wheatwine. Now, in addition to the original BCS, we’re getting a look at what the rest of this year’s variants probably look like.

According to labels recently approved by the TTB, Goose Island has sent labels for the following additional Bourbon County Stout beers for approval:

A full gallery of images follows, including Wheatwine and OG. It’s seemingly a mixture of “BCBS greatest hits” — Vanilla, Bramble Rye, Reserve — and new weirdos with Horchata and Neapolitan options.

If the approved labels are complete, we found a number of beers with bottle flags — five — but a few may be destined for draft release only, given that only the keg images are available. That said, one of those currently-looking-like-draft-only options is Proprietors, traditionally one of the most desired bottles on the secondary market — so we’d be surprised if this is really all there is. With this year’s Prop just looking like a barrel aged version of Goose’s old Big John Stout, we’re interested to try it either way.

As always, just because labels have been approved does not mean that these beers will ever see the light of day; previous BCS labels including Barleywine Reserve and Scotch-Barrel Aged variants have been held back or released under a different banner.

With nine different options available, the parade of 2018 Bourbon County Stout variants could be the biggest variety ever released. See you on Black Friday. 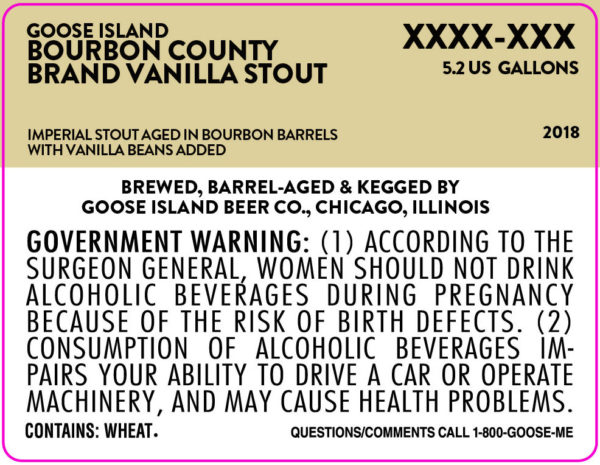 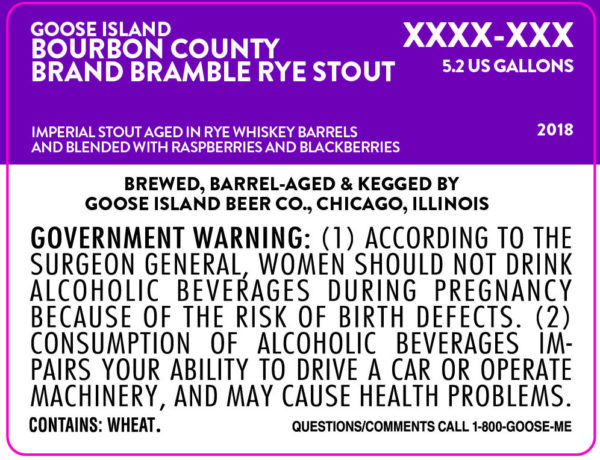 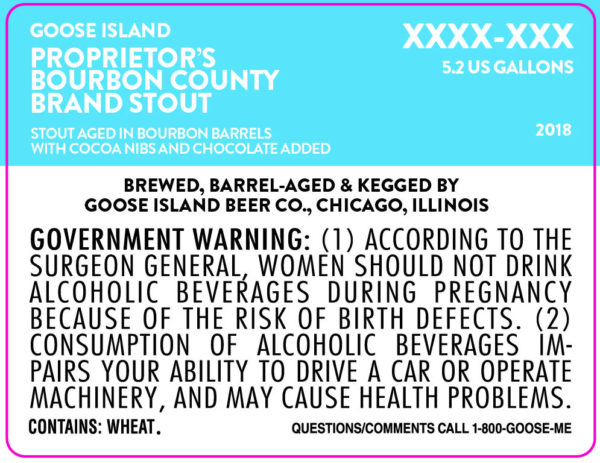 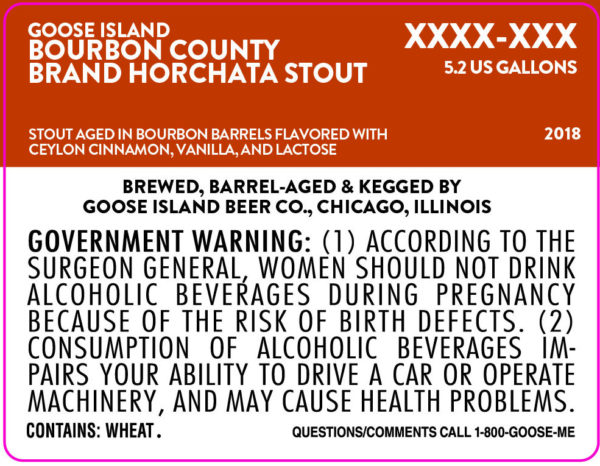