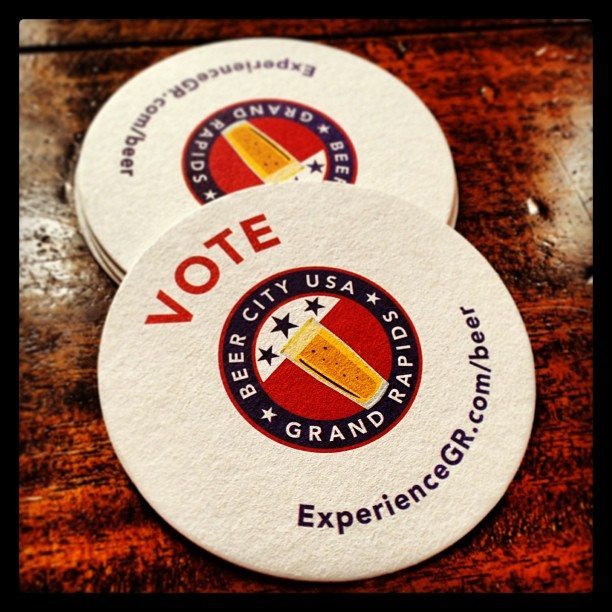 We can’t say we’re all too surprised that Grand Rapids, Michigan has been named BeerCity USA, outright this time, for 2013.

The folks in west Michigan sure do love their beer, and who can blame them when the likes of Founders, Brewery Vivant and HopCat – just to name a few – are in their back yard.

In all 50,000 votes were cast this year, Grand Rapids received over half of them (27,005). Two other Michigan beer-centric cities finished in the top five: Kalamazoo, home to Bell’s, was number two and Ann Arbor, with its bevy of craft beer bars, was number four.

So where did Chicago place? It didn’t, according to this Examiner article.

Yeesh, for a city known for its ability to get out the vote we didn’t have a very good showing, did we?

As a consolation prize (sort of), Chicago did crack this Travel & Leisure list of America’s Best Beer Cities, coming in at number 15 – behind Providence, Rhode Island and Savannah, Georgia.

Our dismay for Chicago’s voter turnout aside, congrats to you – Grand Rapids. We’ll raise a pint of Founders All Day IPA in your honor this evening.