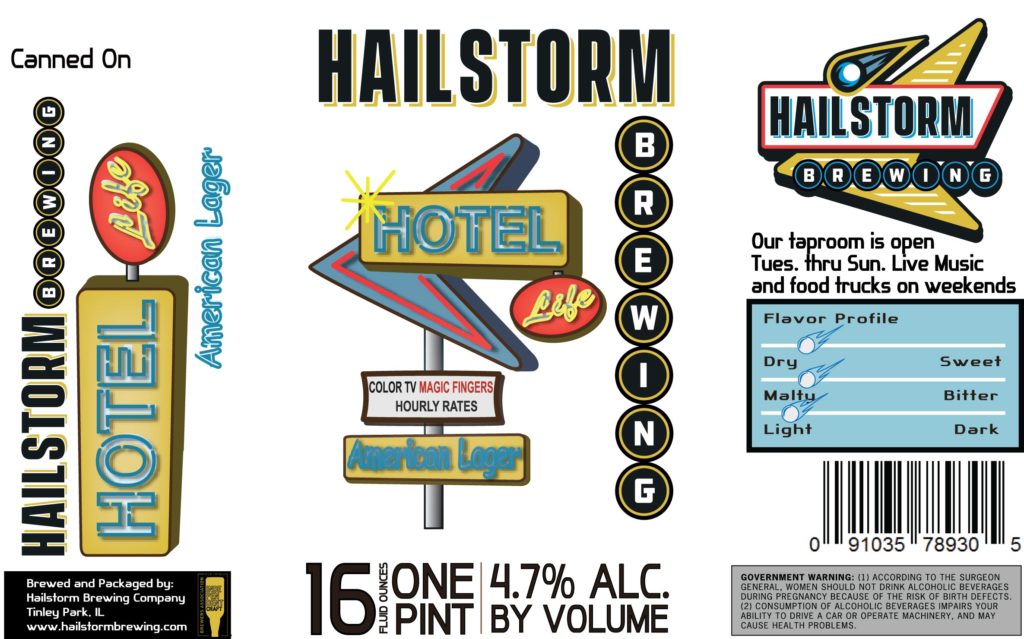 A social media comment has led to the revelation of alleged sexual misconduct against a woman in the industry by a suburban Chicago brewery co-owner – and a startling admission from the co-owner and brewer that it happened as described.

Now, following comments made in a private Facebook group focused on Chicago craft beer, co-owner Steve Miller has been removed from the Hailstorm Brewing ownership team as of today.

The following statement was just posted to the group:

My name is Ashley and I am an owner of Hailstorm Brewing Company. We are just as shocked and upset as we believe most of you all are about the recent incidents reported on this page.

We would first like to make it very clear that this is the first time that the other ownership of this company have heard of this incident. We were fully unaware until the post was made this weekend.

In light of this information we have removed Steve Miller from ownership of Hailstorm Brewing company effective immediately.

We are in contact with the other parties involved and are working to understand the events of the evening.

All we ask is that you please trust us. We promise that we will do everything in our power to do the right thing here at Hailstorm. We will never condone, support, or cover up any actions of this kind.

Thank you for your time, Ashley Thompson & Chris Schiller

The alleged incident occurred at a Madison bar during the August weekend of the Great Taste of the Midwest beer festival.

Responding to a comment about the allegation, Miller admitted that while at a bar, he put his hands down a woman’s pants – leaving her shaken and sobbing and eventually leading to a verbal confrontation with others nearby. Miller described it as “an accurate portrayal of the night.”

Screenshots of the original comments and the Hailstorm statement follow:

“It happened, I’m still incredibly ashamed by it and it’s something that never should have happened,” he wrote in response to the allegation. “I misread the fun our group was having and acted terribly.”

The allegation and admission unfolded this weekend in the Chicago Craft Beer Alliance group on Facebook.

Despite many industry members alleged to have been there and aware of it, little had been publicly said of the incident in the ensuing months. It only came to the attention of most after a post in that group about Moody Tongue Brewing being profiled on CBS-2.

Many in the group pointed to rampant – yet unproven and unaddressed – allegations about behavior by people associated with Moody Tongue. Those allegations were first made via the @ratmagnet Instagram profile, where dozens of craft beer employees made allegations about abusive industry practices across the country earlier this year.

A handful of Chicago-area breweries had been mentioned in those stories (including Pollyanna Brewing Company, whose co-founder left after multiple allegations) although not Hailstorm.

Later, however, a group member mentioned the actions by Miller.

That revelation finally forced Miller to publicly acknowledge the incident. He did so, he claimed, because of the inference that what he did was comparable to rape. “While what I did was wrong, I’m not willing to let that be a direct comparison,” Miller wrote.

There is no indication whether a report was filed with Madison or Dane County authorities. We’ve also reached out to the Illinois Brewers Guild for a statement. We’ll update this post if we receive any further information.

UPDATE (12/6, 7pm): Hailstorm has updated their Facebook page with a statement that clarifies their initial post to the group, noting that “this owner will no longer be affiliated with Hailstorm Brewing as an owner, investor, or employee.”

In addition, the Illinois Craft Brewers Guild provided this statement to us today, saying that while Miller was elected to their board last summer, he’s now resigned. Full statement follows:

This past weekend, Illinois Craft Brewers Guild leadership was made aware of an allegation of sexual misconduct involving the co-owner of an Illinois brewery and member of the ICBG board of directors since summer 2021. The reported behavior, which runs counter to the values we hold as an organization, was a violation of ICBG’s Code of Conduct. We have a zero tolerance policy for harassment and misconduct of any kind, and we accepted this individual’s resignation from the board on Saturday.