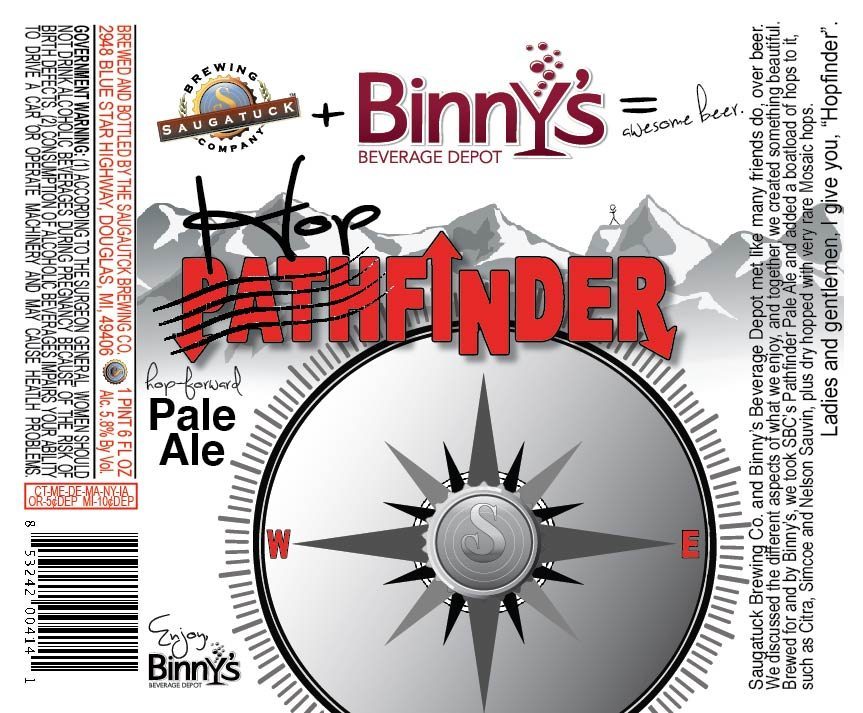 What do you get when the largest beer store in Chicago, and arguably Illinois, teams up with one of our favorite Michigan breweries to hop-up a smooth and drinkable pale ale?

According to Binny’s website a handful of store managers pow-wowed with the brewers at Saugatuck recently to create Hopfinder.

We took Saugatuck’s Pathfinder Pale Ale and added a boat load of hops to it in the form of Citra, Simcoe, and Nelson Sauvin. We then dry hopped it with hard to find Mosaic hops.

No release date has been set but Binny’s does note there will be a limited amount of bottles to go around.

I’ve had Pathfinder before and it’s a maltier version of the summer-friendly session IPA’s, like Founders All Day IPA or Lagunitas’ DayTime. I wondered, at the time, what Pathfinder would taste like if it were a bit more hop-forward. It seems I won’t have to wonder much longer.

Binny’s Teams Up With Saugatuck To Create Hopfinder was last modified: February 6th, 2018 by Ryan