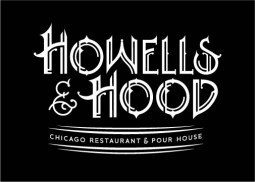 The folks at Bottleneck Management recently earned some unexpected praise as one of the country’s Best Beer Bars from Draft Magazine for their Old Town Pour House. Today’s news, this time about their new Howells & Hood restaurant heading into the Tribune Tower, is a jaw-dropper. They’re planning to create what we have to believe is one of the biggest beer bars in the world.

Crain’s offers the first look and buries this nugget of info way down the page (registration required):

The restaurant will have three separate bars with 120 taps each that will flow from a glassed-in beer cooler in the center of the restaurant. [Co-owner Chris] Bisaillon says he believes the 360 taps will be the most of any restaurant in the world. Offerings will range from local craft brews to beer from around the globe.

Let’s read that again, shall we?

The restaurant will have three separate bars with 120 taps each that will flow from a glassed-in beer cooler in the center of the restaurant.

Yes, that reads 360 drafts. That thundering noise you’re currently hearing is the stampede of beer vendors and account managers heading to beat down Bottleneck Management’s door.

As much as we want to see hundreds and hundreds of taps just steps from Michigan Avenue, it begs the question – is that much beer even close to a good idea? The turnover there is probably going to be pretty good, but we’re still finding ourselves fearing a situation where there’s a neverending pour of Miller Lite and Bud Light Lime-a-rita while kegs of other (better) beers sit around, grow stale and make those miles of beer lines funky as hell.

Followup question: Is that 360 different beers, or are we talking 120 beers available in three different places? Either way…it’s still a lot of taphandles to keep track of. We’re having flashbacks to the old Chicago Ale House on Lawrence. We were promised upwards of 40 taps. When they opened, they sure did have a lot of taps – that were full of Old Style, Old Style Light, Miller Lite, Miller High Life…you get the picture.

That said, we can’t wait to see how logistically they make this whole thing work. And the plan of putting that much beer in close proximity to that many journalists? You can’t lose there, can you?

EDITING TO ADD: Assuming it’s 120 different beers, if you sample a single ounce from each of the, that’s ten full 12oz. beers. Imagine the hundred-beer flight possibilities.