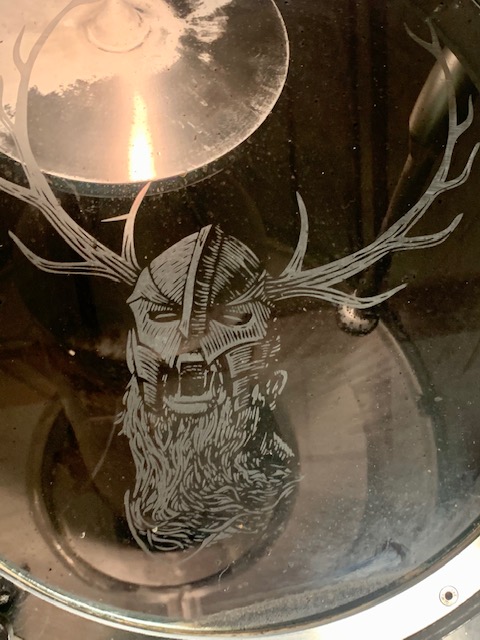 They’ve heard your comments, assumptions and judgment. And they’re having none of it.

On Sunday, a half-dozen women employed by Three Floyds Brewing gathered not just to brew a beer, but to celebrate each other.

And more than a few men joined them in a show of support.

The Munster, IN brewery recognized International Women’s Day with a beer developed and brewed by women employed at the brewery’s production facility.

“We appreciate the support, but there’s still a long way to go – not just in brewing, but in the world,” said Abby Titcomb, who’s worked her way up since 2010 from building boxes to not just a Three Floyds brewer, but head distiller at the Three Floyds Distillery

The beer, dubbed Cake Eater, will be an 8-9% ABV Imperial Black IPA. Apollo hops were added for bittering, plus Mosaic and Galaxy hops added during the dry hop. When it’s released on April 14, it should land somewhere around 90 IBUs.

So what’s with the name for a beer that isn’t pastry sweet and involves no cake?

“We wanted to show that you can have your cake and eat it, too,” Titcomb said. “It also plays on something sweet – it’s what women ‘stereotypically’ want.”

Just as quickly, she added: “We’re not here to be patronized or pandered to.”

Though Titcomb began taking on duties at the Three Floyds Distillery next door over three years ago, she joined with fellow brewer Ashly Brown – a Three Floyds employee for nearly a decade who began brewing three years ago – to take the lead on a landmark beer that is part of the continuing efforts of brewery HR director Kelly Pallanti, who even recently started a “Women Of Three Floyds” group that meets each month.

“We also invite men to join us in talking about women in the brewing industry, the challenges we face and ways they can support us,” Pallanti said.

Check out all our previous Three Floyds coverage, including Dark Lord Days throughout the years.