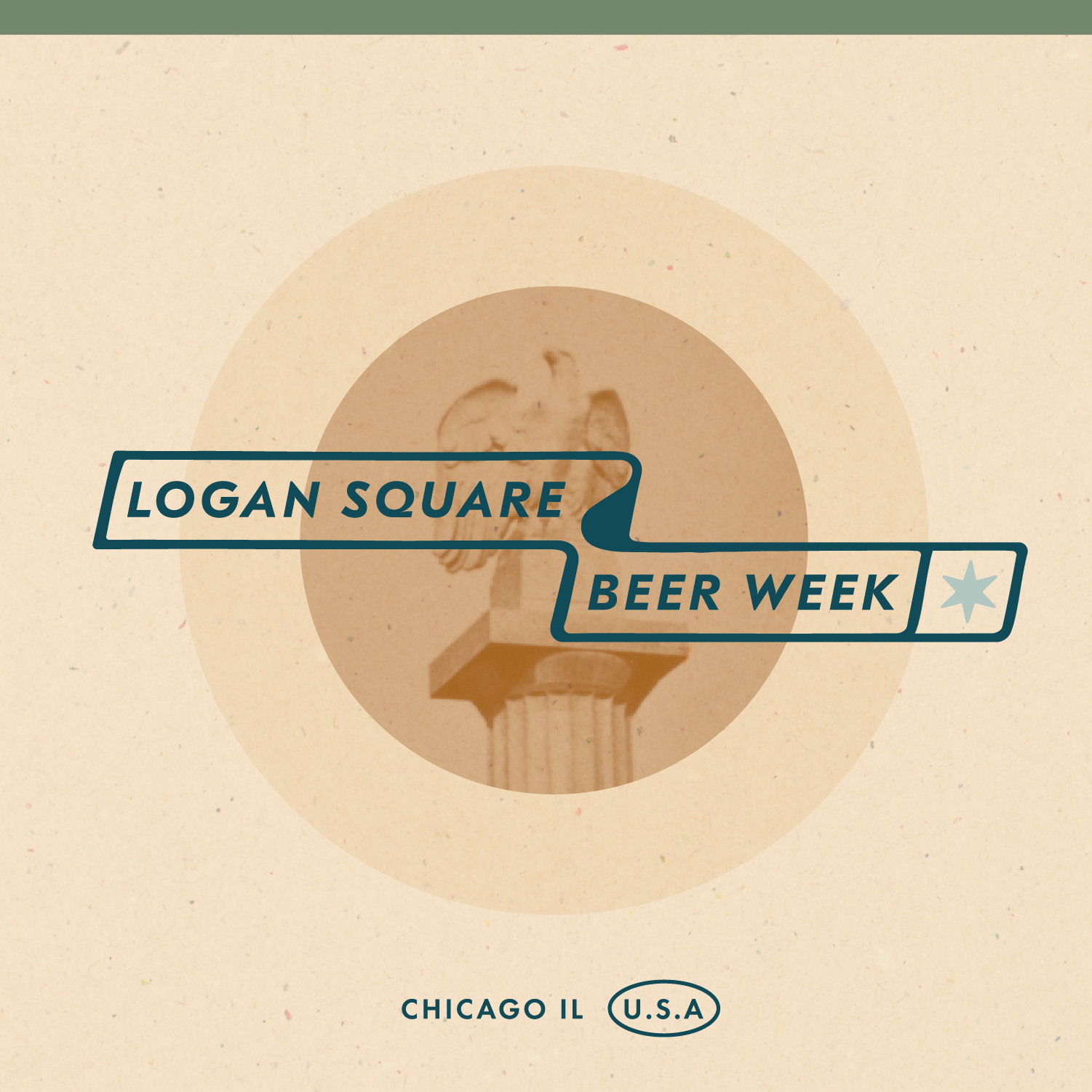 If Union is trying to stake a claim as the best new beer bar in Chicago by celebrating the breweries that surround them in Logan Square, hosting the first-ever Logan Square Beer Week is a great way to solidify that idea.

For those of us who only think of beer weeks on a state or nationwide level, the concept of a neighborhood beer week is a bit novel and helps to solidify Logan Square as Chicago’s premiere brewery destination.

For comparison’s sake around the city, it’s been a while since there was something new to discuss on Ravenswood’s Malt Row (though that will change whenever Hop Butcher finally opens up shop in the former Half Acre Lincoln space). Similarly, the Chicago Brewing District in West Town amalgamation of breweries hasn’t had a lot of change since Midwest Coast moved in, but we could see both ‘hoods pick up this idea and run with it pretty quickly.

With Illinois Craft Beer Week dominating late spring, an early fall hyperlocal beer week is a great way to close out the drinking season. Details on Union’s plans including events with Marz, Hopewell, Maplewood, middle brow and others follow in this press release:

CHICAGO, IL (AUGUST 24, 2022) — First opening doors in Logan Square in spring 2022, Union was launched by Meadowlark Hospitality (Lardon, The Meadowlark) as a love letter to Chicago’s beer scene with a mission to showcase an eclectic array of local breweries on its 24 rotating taps. Now the team is celebrating the exciting beer neighborhood it calls home by presenting the first-ever Logan Square Beer Week. From September 12th – September 16th, hopheads can enjoy a week’s worth of programming offered by some of the most well-known breweries in the neighborhood. Look for exclusive tappings, flights, specials, events and more from Marz Brewing, Maplewood Brewery & Distillery, Revolution Brewing, Ørkenoy, Hopewell Brewing, Pilot Project, Solemn Oath, Ravinia Brewing and middle brow.

Following a kick-off party for the week starting at 5pm at Union on Monday, September 12th featuring a tap takeover with under-the-radar brews from all of Logan Square Beer Weeks’ participating brewers and food specials, each subsequent day to follow will feature various specials around the neighborhood—from an exclusive tapping of “Rye Dunkel” at Revolution to a “Beer, Bang Bang Pie, and Bingo” celebration at Solemn Oath, and much more. Beer buffs can grab a Logan Square Beer Week “passport” at Union’s kick-off party or any other participating location throughout the week.

Passport-holders are encouraged to fill their passports with stamps by visiting the various “happenings” throughout the week. Those with five or more stamps by the end of Logan Square Beer Week can turn it in to Union on or shortly after Saturday, 8/17 to be entered into a raffle to win a dinner for four at Union. The first 25 of which will also receive a gift bag chock full of goodies from all participating breweries, including koozies, drink tokens, and more!

“We couldn’t be more excited to be celebrating all the great beer Logan Square has to offer,” says Steve Lewis, beer lover and owner of Union. “The breweries we’ve partnered up with are not only among the best in the city, they’re pillars of the beer scene in the Great Lakes and greater Midwest region.”

The full schedule of offerings is below. To learn more about Logan Square Beer Week, check out news and updates on Union’s Instagram at @unionlogansquare.

Kick off the week of beer love with a launch party at Union! Try a combination of rare, eclectic, and/or sought-after drafts from all of the participating breweries, complete with food specials!