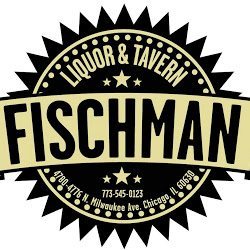 The crew at Fischman Liquors is putting together one heck of a Kegs for Kidneys event to raise money for a most-worthy cause.

They’re hosting the festival on May 31st, and it’s a craft beer fundraiser featuring boatloads of Chicago area breweries, both new and established, pouring alongside regional and national players like Bell’s, Great Lakes and Stone. And the owners had a hand in creating the tap list, so expect some fun and rare offerings (coughFoundersDOOM).

Tickets are $40 and the proceeds go towards sending a child to Kidney Camp.

For one week, children ages 7-15 with chronic kidney disease, on dialysis or living with kidney transplants can experience the freedom, fun and independence of a traditional summer camp – free of charge! Activities include swimming, boating, horseback riding and arts and crafts. All of this is done in a safe environment where they continue to receive their medications and/or dialysis treatments at a local clinic.

Whatever is left over will go to the National Kidney Foundation of Illinois.

Tickets will not be sold at the door on the day of the event, so get ’em now.

(Editor’s Note: We receive a ton of beer-related press releases, but we’ll only bring you the ones we think are relevant, fun, interesting, cool, newsworthy, or offer something we’d be interested in checking out ourselves. Rest assured we’re not just posting these to churn out content – take this as a tacit endorsement from the staff of GDB.) 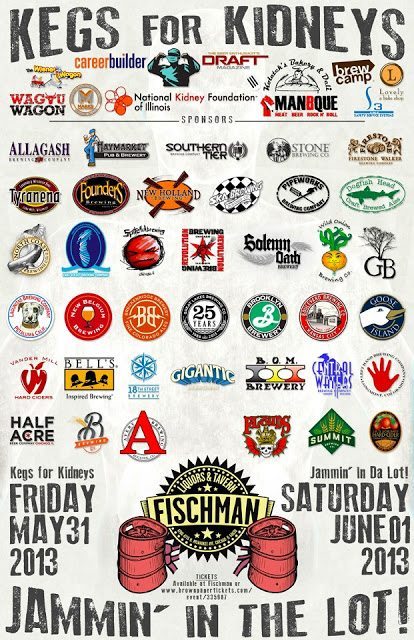 What: Kegs for Kidneys

Why: On May 31st from 6pm til 10pm we open our taps to several local and national craft breweries. We will be featuring some favorites and rares showcasing the best of craft beer. Each ticket will allow entry, and a tasting glass for you to keep. As well, each person will be given a pamphlet detailing all the beers we are featuring. Step out into the back of our lot (there will be a tent)and mingle with your friends!

Izabelle Nicole is the niece of the owners of Fischman Liquors and Tavern. Three days after her birth she was diagnosed with Solitary Kidney and went into kidney failure 11 days later. She has had weeks of dialysis, 9 surgeries and countless amounts of blood work, CAT scans, ultrasounds, doctor and emergency room visits. Too little to understand everything that she has been through, she still has this charisma about her that makes you feel everything is worth a fight. After witnessing first hand the fight that this little girl has to go through, we decided a few years ago to reach out to the National Kidney Foundation in order to help in any way possible; raising money and awareness.

The following breweries are already confirmed for the event:

There will be live music, food trucks and more! We hope to see you out for a fantastic night!

Consume For A Cause: Kegs For Kidneys At Fischman Liquors was last modified: February 6th, 2018 by The Guys