What will it take to make Craft Beer Week exciting again? We’ve got some thoughts.

We had a lot of fun during this Chicago Craft Beer Week. Many beers were drank. Many new beers were sampled. Some new favorites were discovered. Old friends were encountered, new friends were made. It was a good time, because we made it one.

But there also seemed to be a notable lack of energy, excitement, enthusiasm, and general anticipation for this year’s events. Which is a bummer. This shit should be fun. I mean, it’s beer.

Let’s fix this, shall we?

Here are my thoughts on how to improve next year’s CCBW, which are worth exactly what you’ve paid for them:

During my Saturday afternoon drinking my way through Welles Park, I took an informal survey of brewers, brewery workers, beer pourers and other event representatives: Should Chicago Craft Beer Week drop back to seven days next year? The responses ran from “dude, I think it should be a month next year” to “oh my god, yes, just a week would be great.” Admittedly my sample size was small, but nothing I heard waved me off of the following recommendation: I think curating a 7-day CCBW next year would be just fine.

How exactly would we do this, you ask?

My first thought: If possible, I’d move Beer Under Glass to Saturday and make it a 2-session event, just like FoBAB. I imagine there will be a number of suburban beer drinkers who’d be more likely to get to Garfield Park on a Saturday afternoon vs. trying to trek to the city’s West Side on a Thursday night. That’s one more VIP session and one more afternoon option vs just the evening, for those who want to keep their mid-May beer drinking to the sunny hours. Based on two of the last three BUGs, who could blame them? Let’s give folks the option.

Could CCBW still actually be longer? Sure! You want to go to three pre-CCBW parties on Friday night? Great! Brewer’s brunches and hangover shindigs on the Sunday morning after the closing event? Fantastic! But officially, one week should suffice.

I know that moving it back to a week will prompt a series of “what, we aren’t good enough for a full 11 day run any more?!?” style complaints, and people will say the bubble has burst, and craft beer is dead and the scene is over. That’s wrong, of course. Seven days is plenty. It’ll force us to edit ourselves somewhat because while we’ve got a ton of things to do over the full 11 day run… 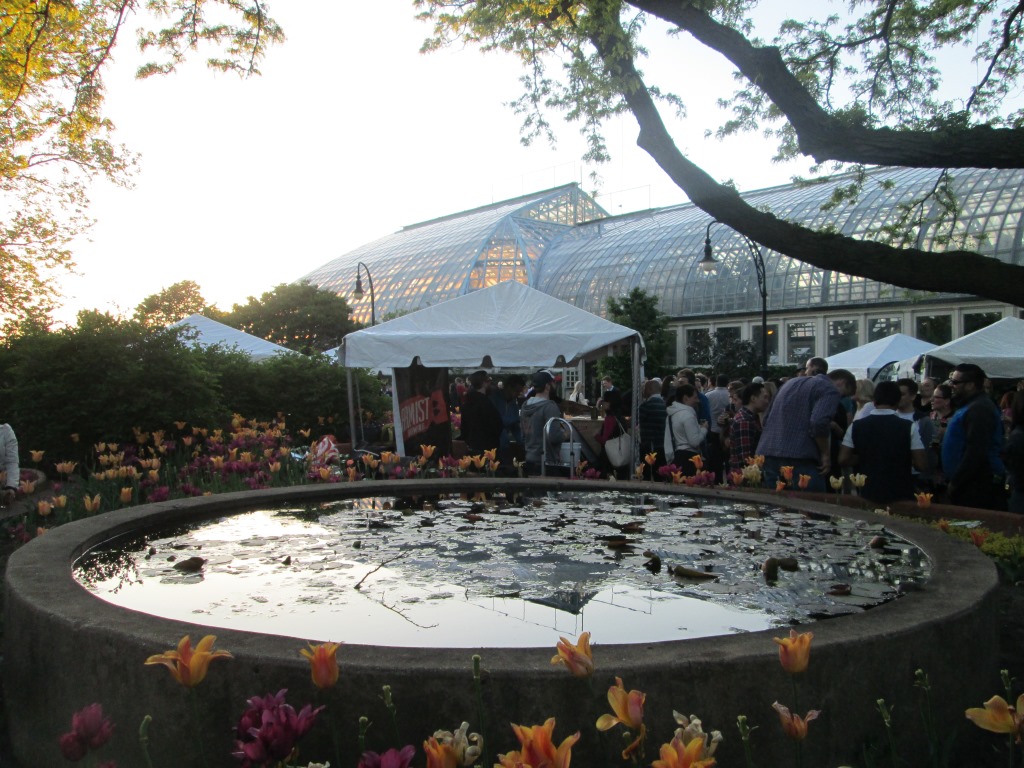 Next year: Let’s shake up the events.

Put those drinking & thinking caps on, kids — it’s time to do some new stuff. During the course of creating my CCBW Week Previews and Winners/Losers pieces for Time Out Chicago, I saw a lot of familiar event names. Those events were often preceded by 3rd Annual, 4th Annual, and in the case of our South of 80, fifth annual. These events are great! But also, if things have gotten predictable, that means that things have gone a bit stale.

Which is kinda unfathomable, when you think about all the options available to beer drinkers. Why not have one night dedicated to new pilsners and lagers? A session-IPA-off? How about a special all-Berliner evening or a special night for local English-style beers? How about more education and more discussion panels? Maybe a full night of blind tastings?

Let’s get weird. Let’s go crazy. But another BCBS tapping does not an exciting CCBW make.

This year I loved the appearance of the IBW/Manbque/She’s Crafty Roast & Prost cookout bottleshare and the Burnt City Steampunk Beer Prom. More of that. More fun. More creativity. Less of the things like growler discounts and Stella Artois chalice giveaways.

We’re just as guilty as anyone else, so rest assured we’re already thinking of what’s next. 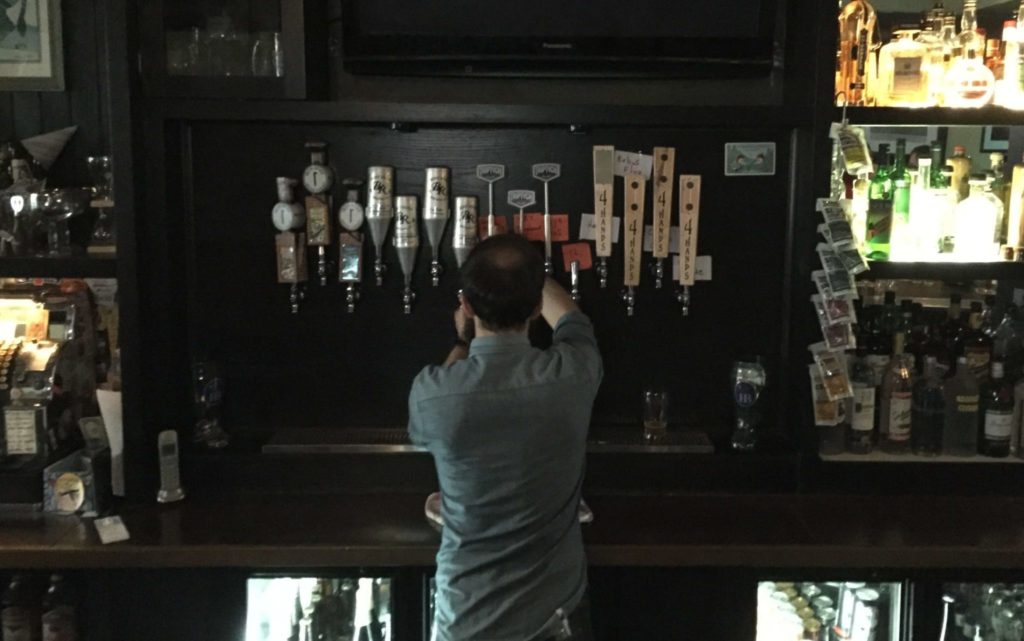 GABF and World Beer Cup awards are great for the nation’s beer scene. And here in Chicago, FoBAB is untouchable when it comes to a competition for the crazy, experimental barrel-aged beers of the world. But I’d love to have an All-Illinois and Only Illinois beer competition.

We’ve already got a closing-afternoon event that’s basically a carbon copy of Beer Under Glass, minus the Glass. Let’s add an awards ceremony! Let’s give out some statewide medals! Let’s find out who’s got the best IPA in the state. Who’s making the best porter from Zion to Carbondale, or the greatest lager from Lansing to Davenport, and everything in between.

It doesn’t have to be super wide ranging or all-encompassing. Even if it’s just a dozen categories that Illinois breweries can go to town on, I think the added anticipation of being the best amongst your direct peers would be fun to behold. Part of celebrating craft beer is identifying the truly great stuff. And we’ve got some truly great Illinois brewers. Let’s give them a chance to really stand out amongst their fellow Prairie Staters. 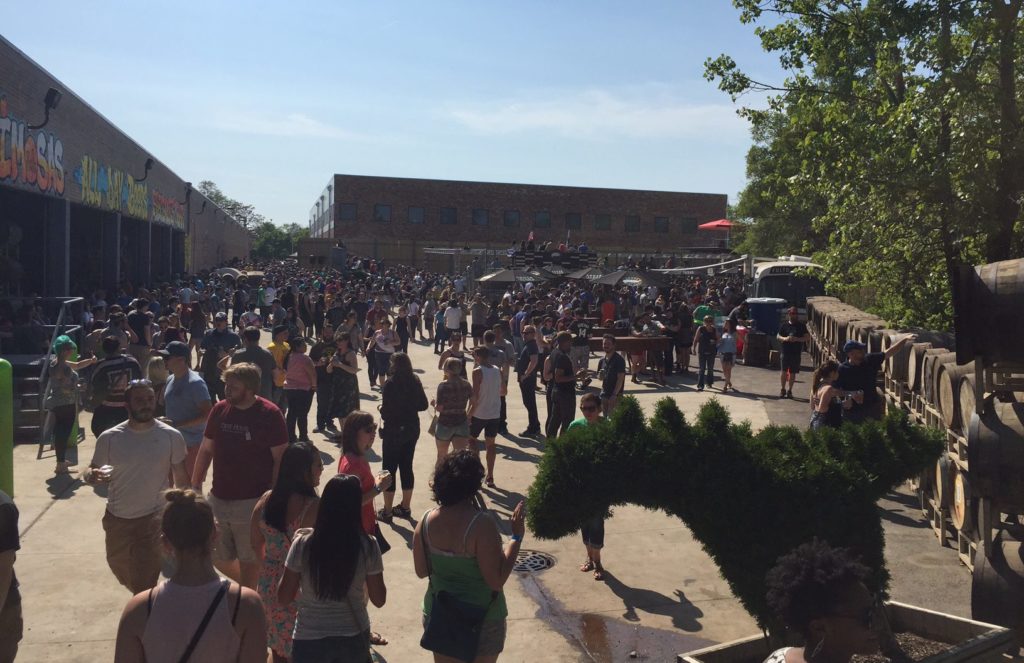 Okay. That’s what we’ve got. But while we’re talking about CCBW, there’s one more thing.

Because we don’t say this nearly enough, now is probably a great time to say it: A full 10-day stretch of time devoted to an alcoholic beverage is fun, but if you’re having trouble stopping, talk to someone.

The beer community walks right up to the edge of celebrating some real overindulgence, but we should also remember that sometimes, this thing we do can turn into a problem. It’s good to be aware of the options for slowing down or stopping — so even if it’s not for you, it might be for someone else.

Let’s watch out for each other.