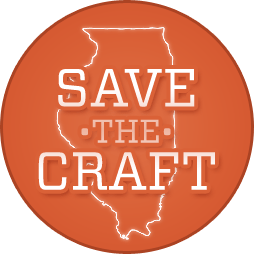 In years to come, we’ll continue to wonder: What in the world made us release this site on April 1st, when we knew full well that the internet is always chock full of stupid pranks, intentionally-bad 24-hour site redesign, and generally unbelieveable content?

And then we’ll remember, oh yeah, beers from Stone entered Chicago on that date in 2010, which seemed like a pretty big deal, so we just focused on that. And it’s with that reminder that we say to ourselves, happy birthday, us!

We’ve amassed hundreds of posts, hundreds of thousands of pageviews and plenty of attention, both negative and positive, from brewers, distributors, legislators, lawyers and more. And while that’s all well and good, we still enjoy bringing you the breaking news, reviews, perspective and information to you, the thousands of beer fans who visit us on a weekly (sometimes even daily) basis far more than anything else.

Thanks for reading, everyone. Thanks for drinking along with us through the past 36 months, and we look forward to being here for a long time to come (or at least until the beer industry swallows us whole and we’re all employed by breweries and distributors and PR firms, thus destroying any editorial independence we have whatsoever).

We’ll close with the words that kicked us off in our very first post: “a hearty cheers, Skol, Sláinte, Prost and Na zdorovje. Let’s go drink some beer.”

No Joke: Happy Birthday to GDB! was last modified: February 6th, 2018 by Karl