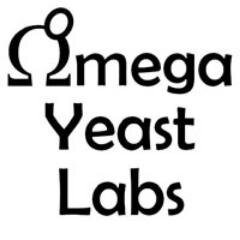 Lance Shaner is one of those people. He runs Omega Yeast Labs, where we imagine he runs around in a long, white lab coat with a beaker in one hand and a craft beer in the other. We talked with Lance about how he got his start, why fresh yeast matters and Omega Yeast’s big breakthrough creating hybrid yeast strains.

Guys Drinking Beer: Before we get into your company, Lance, and what Omega Yeast Labs provides let’s talk about the yeast itself. As background for those of us who aren’t brewers, can you briefly explain the role it plays in the brewing process?

Lance Shaner: Put simply, yeast ferments the sugars extracted from the malted barley into alcohol and carbon dioxide, and in the process creates many other metabolic byproducts that contribute to the overall flavor of beer, such as esters (“fruity” flavors and aromas) and phenolic compounds (peppery, spicy, clove-like).

GDB: I see different yeast strains listed on your site. Do different strains fit with specific beer styles or provide a brewer with a way to stretch a style?

Shaner: Some yeast strains are more “flexible” than others and some strains are absolutely critical to achieving the proper flavor profile for a particular style. For example, the banana and clove flavor of a German hefeweizen is contributed solely by the yeast. If you tried using that same strain to produce a West Coast IPA, the banana and clove flavor profile would get in the way of the hops. To ferment a representative West Coast IPA, a brewer would choose a so-called “neutral” strain. This just means that the strain does not produce a lot of esters or phenolics so that the malt and hops come to the forefront.

New styles (or variations on old styles) are being invented all the time and some of them are driven by the yeast. For example, Belgian IPA’s are essentially hopped up pale ales fermented with Belgian yeasts that contribute unique ester and phenolic flavor profiles.

GDB: let’s talk about your background. How long have you been working with yeast and how did you parlay that into a company that provides brewer’s yeast?

Shaner: I have a Bachelor’s degree in Microbiology from the University of Illinois. While at the U of I, I was a member of the Boneyard Union of Zymurgical Zealots (or BUZZ) — a University sanctioned home brew club. The club had a rather large yeast strain bank managed by someone in the food science department. That was my first exposure to managing yeast.

From there, I went on to the University of Texas in Houston and obtained my Ph.D. in Microbiology. My thesis dealt generally with the stress response of yeast (in other words, how the yeast cell responds to heat or osmotic shock or any other assault you can imagine). Consequently, I was working with yeast on a daily basis. It was at this time that I started building my bank of strains. Once a strain was purchased, it was frozen away and I never had to buy it again.

After graduate school, I changed course and went to law school and was a patent lawyer for a spell. After speaking with one of the co-owners of Chicago’s own Ten Ninety Brewing and former colleague of mine, Andy Smith, about their yeast needs back in late 2012, I decided that Chicago would benefit from having its own yeast provider to propagate brewing yeast for the community. Since then, I haven’t looked back!

GDB: I suspect you cater to local brewers. What’s the benefit to them, aside from buying local, to get yeast from a lab in their own backyard?

Shaner: First, it is a fact that the freshest yeast brews the best beer. As soon as a culture is done growing, the yeast cells begin to die. If a culture is too old, the fermentation can be slow or become “stuck,” which basically means it stops fermenting too soon, resulting in an underattenuated (i.e., inappropriately sweet) beer.

Because we aim to service Chicagoland breweries, we propagate the yeast when it’s ordered and deliver it to the brewery fresh and ready to go. And because we deliver the yeast in person, it gives us a chance to directly interact with the brewers and answer any questions they might have about various strains and their properties.

I will sometimes take beers that I brewed in parallel with different yeast strains so that the brewers can find out first hand how a particular yeast strain compares to another strain. These conversations and tastings have directly influenced creative recipe decisions.

Shaner: It was an absolute pleasure working with Ale Syndicate. Jesse and Samuel came to me and said that they wanted to brew a foreign-extra stout but wanted to do something unique with the yeast. I mulled it over and proposed a blend of three yeasts that one wouldn’t normally consider for a stout, but whose flavor profiles would be appropriate for the style.

I may be biased, but I think it turned out great and not even in the way I was expecting. It was like the yeast strains chosen synergized to create a result greater than its parts. To top it all off, they named the beer “Omega Midnight” to commemorate the collaboration. Definitely a great all-around experience.

We are always looking to collaborate with local breweries, and we even have some ideas in the works based on our proprietary hybrid strains (see below).

GDB: Anything big or new in the works or on the horizon for Omega Yeast Labs?

Shaner: We are extremely excited about our release a few months ago of our first proprietary hybrid yeast strain, which we are calling “Saisonstein’s Monster.” We developed a novel technique for mating existing ale yeast strains to create new strains with new combinations of characteristics. Mating of yeast strains has been performed using laboratory strains of yeast for decades, but there are certain technical hurdles for getting brewing strains to mate. We are proud to be the first yeast lab to overcome these hurdles. 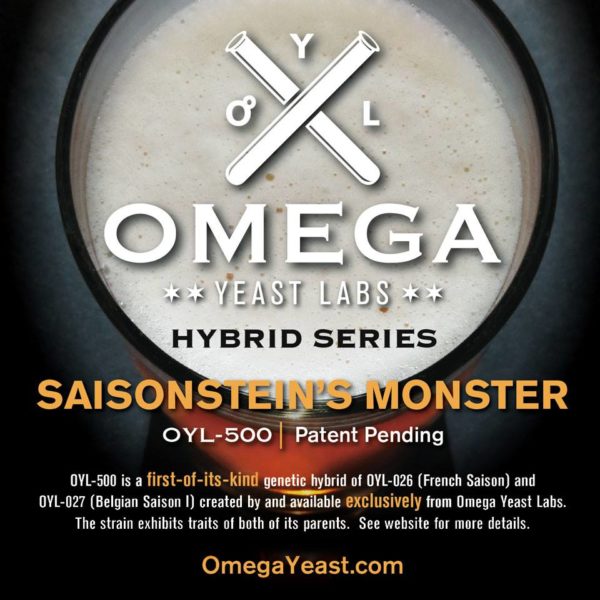 The new technology has great significance to the brewing industry. For example, a brewer might like a particular flavor profile of a yeast strain, but would not use it in a production environment because it takes too long to drop out of the beer. That strain could be crossed with another strain known to be highly flocculant (i.e.,easily clumps). Screening through enough hybrids can reveal a strain with the desired flavor characteristics and better flocculation. Our first successful hybridization crossed a fast-fermenting, highly attenuating saison strain (OYL-026; French Saison) and another saison strain with a desirable flavor profile, but known to “stick” before fermentation is complete (OYL-027; Belgian Saison I). The resulting hybrid strain ferments as robustly as the French Saison strain and has some of the flavor characteristics of the Belgian Saison strain.

We think this is just the tip of the iceberg in new strain development. Until now, brewers have used yeast strains that have naturally evolved in the brewing environment for hundreds of years. Because of this, a brewer generally has to take the good traits with the bad. With our technology, it will be possible to create designer strains that combine desired characteristics into one strain.

We are also excited to be weeks away from providing homebrew pitches of our yeast in Chicagoland home brew shops for use by area home brewers. We will be packaging some old favorites as well as our proprietary hybrid strain.

GDB: You’ve been homebrewing for a while, has that played any sort of role in the yeast strains you provide? A lab for the lab, perhaps?

Shaner: I wouldn’t say that my home brewing has influenced the strains that I provide. I try to have all the strains that a brewer might want in my collection and brewers generally know what strains they want to use.

My home brewing has absolutely influenced my recommendations to brewers when asked, however. I have certain go-to strains for certain styles and I will recommend those strains if someone asks my for my recommendation.

GDB: Back to the collaborations, just for fun, if you could brew with anyone who would it be?

Shaner: The first brewery that pops into my head is the new kid in town, Lagunitas.

I would get a kick out of knowing that a yeast strain that didn’t even exist a year ago and that began its existence in our lab as a single microscopic cell on a petri plate multiplied to fill a 750 barrel fermenter.