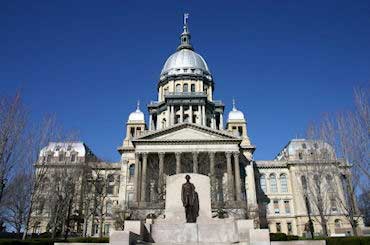 1/7 – The bill passed the Illinois House Executive Committee on a vote of 11-0 today and now awaits a vote in the full House.

The Illinois Senate, on a near unanimous vote Thursday, passed a bill allowing craft distillers to produce and store more spirits in 2013 and beyond. The measure also appears to pave the way for an under the radar craft distillery and restaurant to open in Chicago’s West Loop.

The bill, HB 3450, sailed out of the Senate Executive Committee late Thursday afternoon and was approved by the full Senate before they adjourned Thursday night.

The proposal doubles the production and storage cap for craft distillers in the state, from 15,000 gallons to 30,000 gallons this year. The cap increases to 35,000 gallons in 2014.

The bill also allows for the sale of up to 2,500 gallons of distilled spirits for on or off premise consumption, i.e. you can drink on-site. A source tells us that is likely one of the last hurdles a planned “boutique” craft distillery and restaurant in the West Loop needs to clear before opening.

The distillery received zoning reclassification approval from the Chicago City Council last month to open, according to city documents, a “Distillery and Restaurant to make high-end spirits in small batches.”

It will be located at 564 W Randolph St.

The company behind the venture is 773 LLC, which according to a search of the Illinois Secretary of State’s Corporation/LLC database, operates under the assumed names of CH VODKA, CH SPIRITS and CH DISTILLERY.

No further details about the super-secret distillery and restaurant are available.

The bill still needs to be approved by the Illinois House. Lawmakers are due back Sunday for a three-day “lame duck” session.