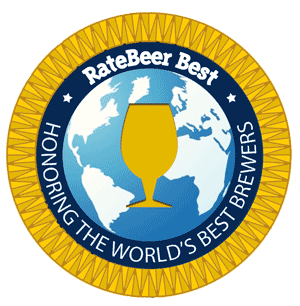 So, how’d the breweries around the Midwest fare at this year’s RateBeer Best Awards?

The best new brewery in Illinois doesn’t actually have its own brewery. Not yet, at least. The one-man-show behind Mikerphone Brewing, Michael Pallen, was just named the Best New Brewery in Illinois this weekend by RateBeer at their first-ever RateBeer Best Awards Show in Santa Rosa, California.

Pallen officially started Mikerphone as he took over as head brewer at SlapShot, and brewed his beers out of their facility until just a few months ago. When SlapShot decided recently to close the Little Village brewery and move into the Atlas Brewing production facility on the far South Side, Pallen took their gear and moved it to its new home in Elk Grove Village. Until that brewing facility is up and running, Mikerphone is brewing out of the Une Annee space.

And really, none of that matters as long as the beer is well-received, and per this weekend’s big win, that’s obviously not a concern.

Ratebeer’s annual “Best Of” awards have been growing in stature every year, and this year they took it into the big leagues with their “RateBeer Best Awards Show” over the weekend. Featuring a weekend full of brewer events, an awards ceremony and (naturally) a beer festival featuring breweries from around the U.S. and beyond. The festival includes breweries like Pipeworks, who received worldwide acclaim when they were named “Best New Brewery in the World” a couple years back. The whole shindig is quite a jump from RateBeer’s previous gameplan of “posting them on the website”.

Every year, we help out by breaking down the winners into the Midwest/Great Lakes region. You can find last year’s coverage here, and congrats to all of this year’s victors.

Here’s a look at the awards won by brewers from Illinois, Indiana, Ohio, Wisconsin, Minnesota and Michigan. We even through Missouri and Iowa in just for shigs (though Iowa is basically nothing but Toppling Goliath anyways).

The Top Brewers in the World:

Last year, we trumpeted that three of the ten best brewers in the world are within a quick drive from Chicago. That’s still the case, though this year we swap Toppling Goliath (last year’s #3) for Side Project. The Top 10 Brewers in the World include:

Aside from these three, you’ve got to haul ass to the East or West coasts (California and Oregon have five entries, Vermont has the #1 Hill Farmstead) or Europe (Browerij 3 in Belgium).

After the Top 10, the rest are listed in alphabetical order. The Midwest can lay claim to 22 of the top 100:

For Chicagoans, we see Goose Island and Flossmoor Station jumping back on, and Half Acre dropping off. In Wisconsin, New Glarus missed the cut last year somehow, but they’re back for this year — Central Waters got the nod last year. Michiganders didn’t love Dark Horse as much this year — they dropped from the list but Jolly Pumpkin and Kuhnhenn jump on.

The Top New Brewers In The World:

Plan a road trip to Minnesota sometime soon — The #10 in the world went to the Fair State Brewing Collective in Minneapolis. In the non-Midwestern section, we’ve visited J. Wakefield (this year’s #2) and can absolutely endorse it as the best possible thing to do in Miami.

The Top Beers in the World:

This list of the top 100 rated beers in the world is Michigan heavy with six Bells and Founders out of the 17 midwestern beers. This is basically a list of beers you’d best be conversational with if you ever care to talk about whales, bro. In alphabetical order, we see:

It’s been years since AB-InBev took over Goose Island, and they’re still at the top of the heap for Illinois. ‘Nuff said. 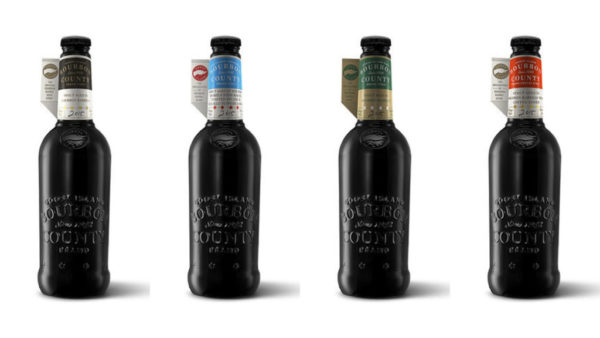 According to RateBeer, this list comes from 61,000 different new additions to their lists this year. Damn. Of the 50, nearly a full fifth of those can be attributed to the Midwest, including three from Side Project alone:

The only breweries to have more beers in this category are Boston’s Trillium (four listed) and Hill Farmstead (five freaking beers in the top 50).

There’s just a whole bunch here, but New Glarus’ fruit beers absolutely owned the Specialty category, and a whopping eight of the 15 top strong stouts are Midwestern. If a category isn’t listed, it’s because there were no Midwestern winners:

Not exactly sure how the math was done on this one, but this list includes “The top beers, brewers and new brewers listed by country according to reviews taken last year and weighted by performance within and outside of style, balanced by indicators of depth.”

Whatever that means, Toppling Goliath’s Mornin’ Delight earned top marks for the USA’s beer in this category.

Side note: Interesting to see Guinness’s Export Stout show up for…Nigeria. Data can be weird sometimes, depending on how you slice it.

The World’s Greatest Places for Beer:

There’s a lot to this one, so we’ll let you dive into it on your own if you like, but one main takeaway — Northdown Cafe must have a lot of RateBeer-friendly patrons, as they got the nod for Chicago’s favorite beer friendly restaurant.