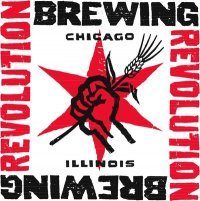 One of the more scintillating things said by outgoing Associated Beer Distributors of Illinois President Bill Olson, in the second installment of our two-part interview with him, is that Rev Brew Owner Josh Deth told Olson he had plans to sell off the brewpub once they opened their production facility.

We were approached during the final negotiations on SB 754, it was brought to our attention that one brewpub in Chicago, Revolution Brewing, was in the process of creating a production brewery. Well, under the current law at that point in time, the Commission already said you cannot hold a brewpub license and a craft brewer’s license – or any brewer’s license. You can’t do it.

Their [Revolution’s] argument was, “we need time to transition from our brewpub to our production brewery” and gave us every indication that when they made that transition they were going to get rid of the brewpub.

There’s two sides to every story, so we reached out to Deth to get his take.

Deth tells us, in an email, that he had no plans to sell the brewpub then — or ever. “The brewpub is the home base of Revolution and will always be if we are around,” said Deth. “We bought that building and gut rehabbed it so we could be around for a long time.”

Deth also says Olson’s claim that a brewer couldn’t also own a brewpub prior to SB 754’s passage is false. “Back then Goose [Island] was operating both brewpubs and a brewery with some common ownership for almost 15 years,” said Deth. ” I have correspondence with [the] ILCC that  clarified (pre SB 754) that we could also have that common ownership, which we then banked on when we started construction of our Kedzie Ave brewery.”

Deth goes on to say that it wasn’t until the ABDI added, “screwy provisions,” to SB 754 that the issue of brewery/brewpub common ownership was called in to question by the Illinois Liquor Control Commission, who changed its tune on the issue.

Rev Brew Owner Josh Deth on Selling the Brewpub: “Why in the Hell Would I Want to Do That?” was last modified: February 6th, 2018 by Ryan