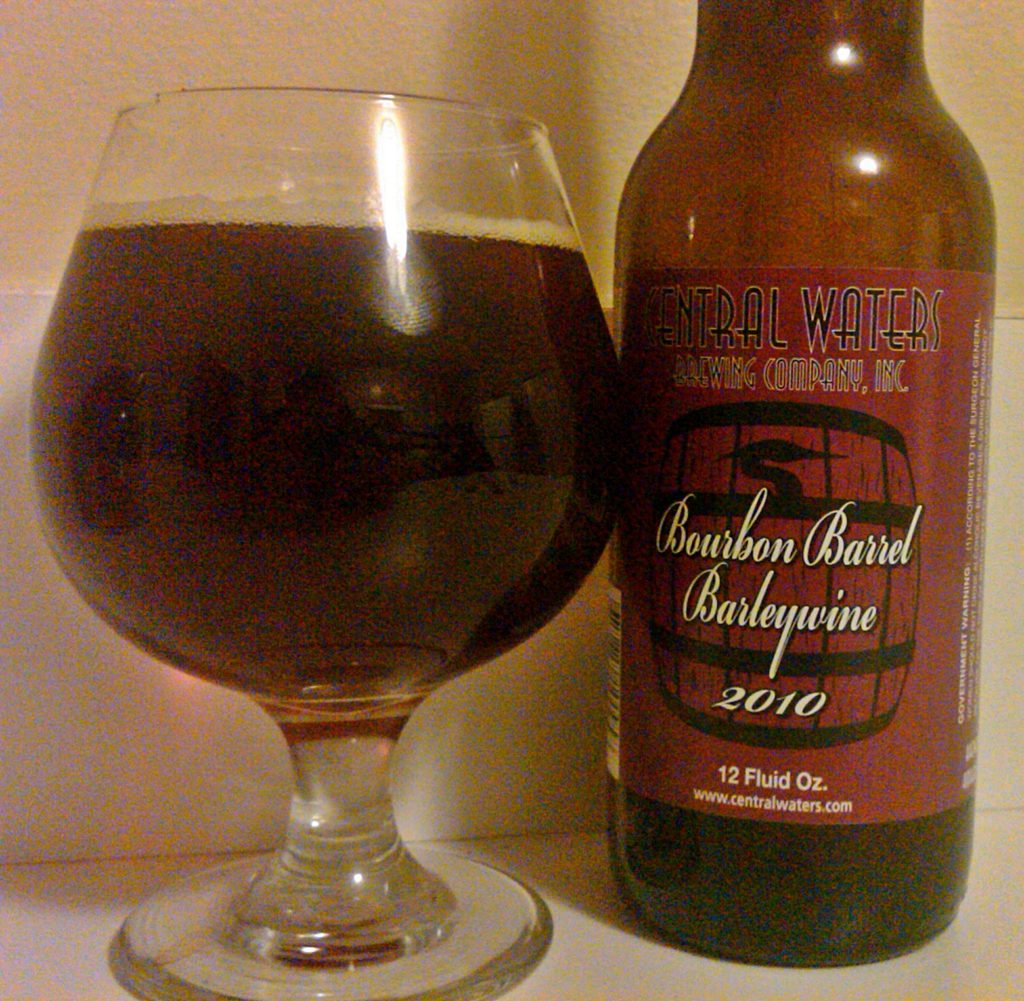 “Flavors of bourbon, malt, and hops meld quite good. Served at cellar temp like it should Unified in one voice, Our fans can rejoice Charlie now comes aged in wood!”

Ryan: The commercial description above referencing “Charlie” is a nod to the barlywine that was aged in bourbon barrels, Kosmyk Charlies Y2K Catastrophe Ale.  For those of you too young to remember, and hopefully there are not many of you, when the clock struck midnight on January 1st, 2000 people thought planes were going to fall out of the sky, money would disappear from bank accounts and the street lights would never come on meaning children could play outside as long as they wanted.

I was working at a radio station in Springfield, IL at that very moment and I can tell you none of those things happened.  Which made for the worst and most boring New Year’s Eve in the history of New Year’s Eve’s.  The Y2K “scare” had people stocking up on canned food, water and – thanks to Central Waters – beer.  The Catastrophe Ale was brewed to be part of the beer drinkers Y2K survival kit.  I actually have a bottle of this in my cellar, not from 2000 unfortunately, but I probably should have cracked a bottle for comparison.  Oh well, another time.

Now, I’m not afraid to admit that I had some reservations about this beer. I like American Barleywines, for the most part.  I should clarify that and say that I like them super-fresh when the hops are most vibrant, but not with less than five years in the cellar because the hops haven’t smoothed out yet and can be a little abrasive.

Central Waters Bourbon Barrel Barleywine pours a dark, murky brown – almost black – with purple and ruby red highlights along the edges of the glass.  When it is first poured all you get is a nose of generous, citrus hops.  But if you let this beer settle some you get more of the bourbon.  A lot of bourbon, actually.

At first, when I took a sip, I got some dark, sweet fruits followed by splashes of citrus hops and bourbon.  The hops returned in the finish along with a bourbon burn that went alllll the day down my throat.  It’s kind of a hot mess at first, but after some more time in the glass the fruits faded away – at least from the front end – and I was left with an highly hopped American barleywine that finished sweet (the dark fruits are back!) and bourbon-y.

Once everything calmed down this beer was surprisingly easy to drink, although it’s not for the faint of heart.  Truthfully, I’d love to see how this beer drinks in a few years after the hops fade and the dark fruits, sweet malts and (hopefully) bourbon are more pronounced.