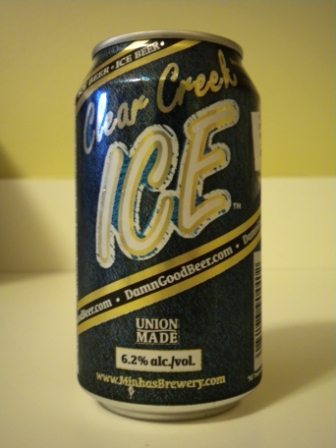 Nothing. Perhaps they know better.

That URL is a damnable lie.


Karl: I was at 7-11 the other night, grabbing some Sleepyhead for the beloved insomniac in my life (seriously, try it), when I saw a guy in front of me in line buying a couple of cans of Game Day Light.  Loyal readers will remember our in-depth breakdown of Game Day, posted here.  It was part of our effort to fulfill the mission we laid out when we started this site, which was that while we’d focus mainly on craft beers we’d also drink and discuss the mainstream stuff.

We’ve mentioned the Game Day experience, and you may also remember our Declaration of Appreciation for Living the High Life.  Now we continue the fulfilling of our mission by delving into a beer you’ve likely never heard of, never looked for, never thought would exist – but exist it does, and after seeing Game Day Guy in front of me in that line I knew it was time for another look at the darker side of “craft beers.”

The following is an examination of an impulse buy out of the same 7-11 beer cooler.  Clear Creek Ice from the Minhas Brewery is…well, it’s definitely a beer.  Beyond that?  Let’s break it down:

Rather than talk to you about the details and specifics of Clear Creek, I’m going to tell you a story.

When I was in high school, I had a friend named Drew.  Among Drew’s other peculiarities was his endless pride in the fact that he never – ever – washed his gym uniform.  By the end of a semester spent playing broom hockey, inter-gender softball, and “4th Down Football,” that gym uniform smelled like a peculiar conflagration of Bubble-Yum grape chewing gum and hormonal teenager sweat.

That’s the first memory that came to mind with my first sip of Clear Creek Ice.  I’ll leave it at that.

Let it also not be unnoticed that they sell Clear Creek Ice in a 4-pack, likely because no one would voluntarily go through a full 6 of ’em. 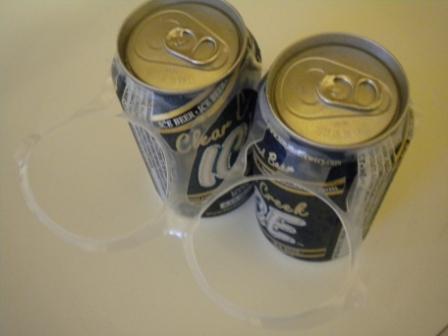 Ryan: I was on hold with my not-so-local cable company when Karl showed up with this 4 pack, down one can, of Clear Creek Ice.  Now, I’ve had just about every ice beer imaginable including, Camo Silver ICE, but nothing could really prepare me for this one.  When I took that first sip I looked over at Karl — as the cable-man on the phone was explaining how to get my service working again — and mouthed, “What the %$#@?”  As in, “what the %$#@ possessed you to buy this and why did you think I would want any of it?”

If Karl tasted gym clothes, I tasted Listerine.  But not the stuff you know today.  Noooo, I am talking about when Listerine first came out and it tasted like lighter fluid and burned. Oh, did it burn!  This stuff didn’t disinfect your mouth, it melted the roof of your mouth.  I’ll never forget, as a kid, watching my dad and my uncle taking turns swigging off the mega-huge bottle of Listerine and holding it in their mouths as long as they could before spitting it out.  It was a competition and neither lasted more than ten seconds.

Could Clear Creek Ice cure gingivitis and bad breath?  Most likely not.  Could it be a punch-in-the-face reminder of how good a Goose Island IPA is?  You better believe it.

Review: Clear Creek Ice – We Drink It So You Don’t Have To was last modified: February 6th, 2018 by The Guys