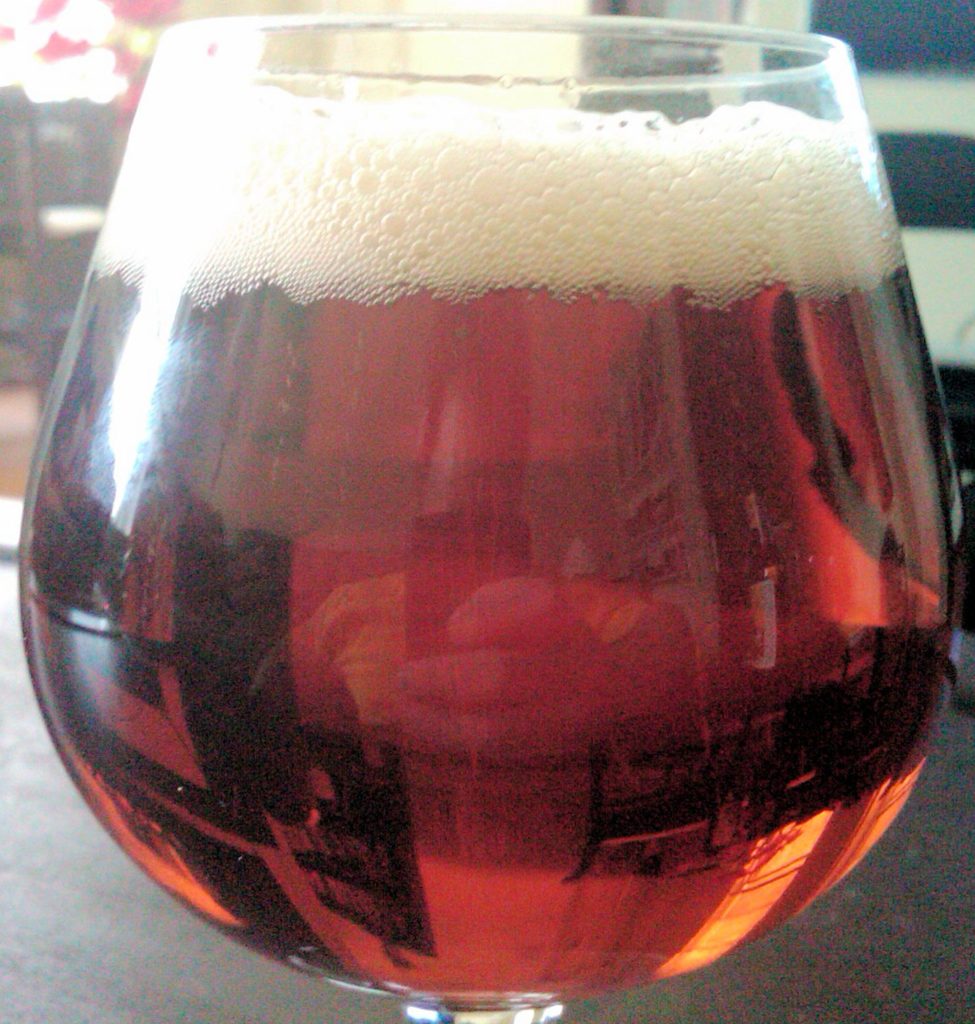 “We’ve branded the assertive presence of hops with the stimulating character of cracked black pepper to create a most particular pale.”


Ever since I tried Founders Spite Pepper Pale about a year ago I have been intrigued by the concept of spicing up a beer with peppers or, in this particular case, pepper.

Knot Stock pours amber in color and the frothy white head leaves some nice lacing behind after each sip.  The nose on this beer is a little bit of hops and a bit of freshly cracked black pepper.  Neither are overwhelming.

The taste is…intriguing.  You first get hit with a wave of citrusy hops followed by the black pepper.  The pepper, though, does not overpower.  It simply dances across your tastes buds before the beer finishes with more citrusy hops.

As it warms to room temperature I picked up some biscuity malts in the flavor too.

This is a very interesting beer.  I can only have one in a sitting but it is a nice change of pace.  It isn’t a hop bomb or incredibly boozy, but the pepper helps set it a part from a run-of-the-mill APA.

I give Furthermore credit, they brew some pretty cool beers.  Along with this APA made with black pepper they also concocted an ale brewed with red beets and black pepper and a cream ale made with apple juice.