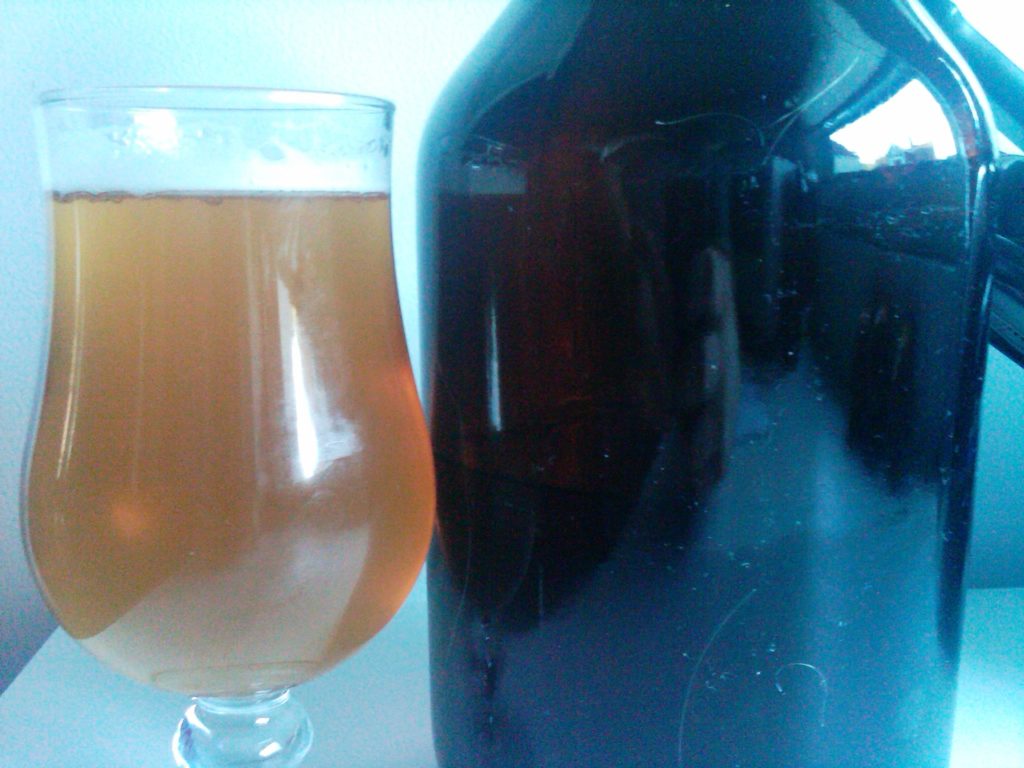 “This Saison was brewed with Long Thai Peppercorns and Rye. You’ll find some ample spice in the nose moving toward a crisp malt frame and dry rye finish. This beer is prepared to go toe to toe with summer, and summer doesn’t stand a chance.”

Andrew: Half Acre is pretty hit or miss with me – I’ve rather enjoyed  the Gossamer Ale, as well as the Ginger Twin and to a lesser extent the Daisy Cutter. Others have left me somewhat disappointed, such as the Lil Davey Totes and the Double Daisy Cutter. They definitely didn’t play it safe with the Long Thai Rainbow Rye, so I wasn’t sure what my reaction would be to the final product.

All things said, this was a very good beer. It poured a hazy golden color with slight foamy head. The nose oozed with pepper and a sour-y funk and a hint of citrus. The flavor was just as complex as the nose, but the pepper wasn’t nearly as strong as the nose had indicated – pretty well balanced between the pepper, citrus, malt and other spices.  The beer was crisp and fresh and finished a bit dry, with a nice spicy aftertaste.

Government by day, politics by night and beer every minute in between (and let's be honest, sometimes during) is Andrew's story. He works with his network of friends across the country to bring in new, regional beers and is always quick to jump when Ryan blows the conch to assemble The Guys for a unique vertical or cellar experiment.