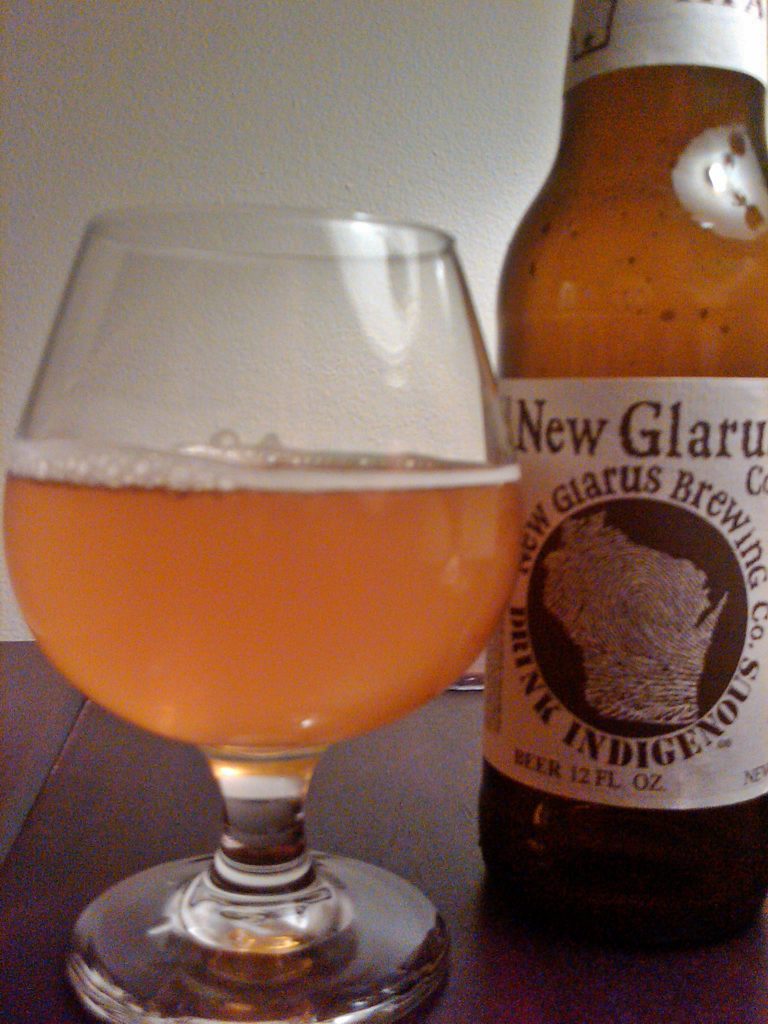 
This is the first release in a new series of beers New Glarus is calling Thumbprint. Think of it as another version of their unplugged beers; one time, limited availability beers that are creatively brewed.  According to the breweries website the series is in response to other brewers stealing their jam, as the kids say, or putting out copycat beers.

“It is always flattering when less imaginative competitors copy our beers, packaging, and/or marketing. I usually accept this as a personal challenge to do something more. When our trademarked Solstice name was infringed on, I regrouped with Dancing Man. When lots of deconstructed 4 and 6 packs showed up I knew I was doing a good job. When another Midwestern brewer released a “Un*******” series. I thought I can do better.”

Frequent Commenter Ben was nice enough to snag an extra bottle in a recent trip to Wisconsin and included it a recent trade. The wife and I split it after a long week of packing, moving and unpacking.

Split between two snifters the Thumbprint IIPA pours a cloudy, somewhat hazy straw in color with a nice buildup of some off-white head.  The nose is full of all things citrus; papaya, mango, pineapple, grapefruit and orange peel.  Take a sip and the opening act follows the nose with loads of bright citrus flavors – peaches, apricots and tangerines.  Act two brings an ever-so-slight hint of bread-y malts.  The final act is a nice punch of piney and earthy hops that create a hop-heads dream finish.

The 9% ABV is rather deceptive and very well hidden.  The body is somewhat creamy but also has some pleasant carbonation that balances things out.  This very well may be about the easiest drinking double IPA on the market.  Get some while you can because this very well may be a one-and-done brew for New Glarus.