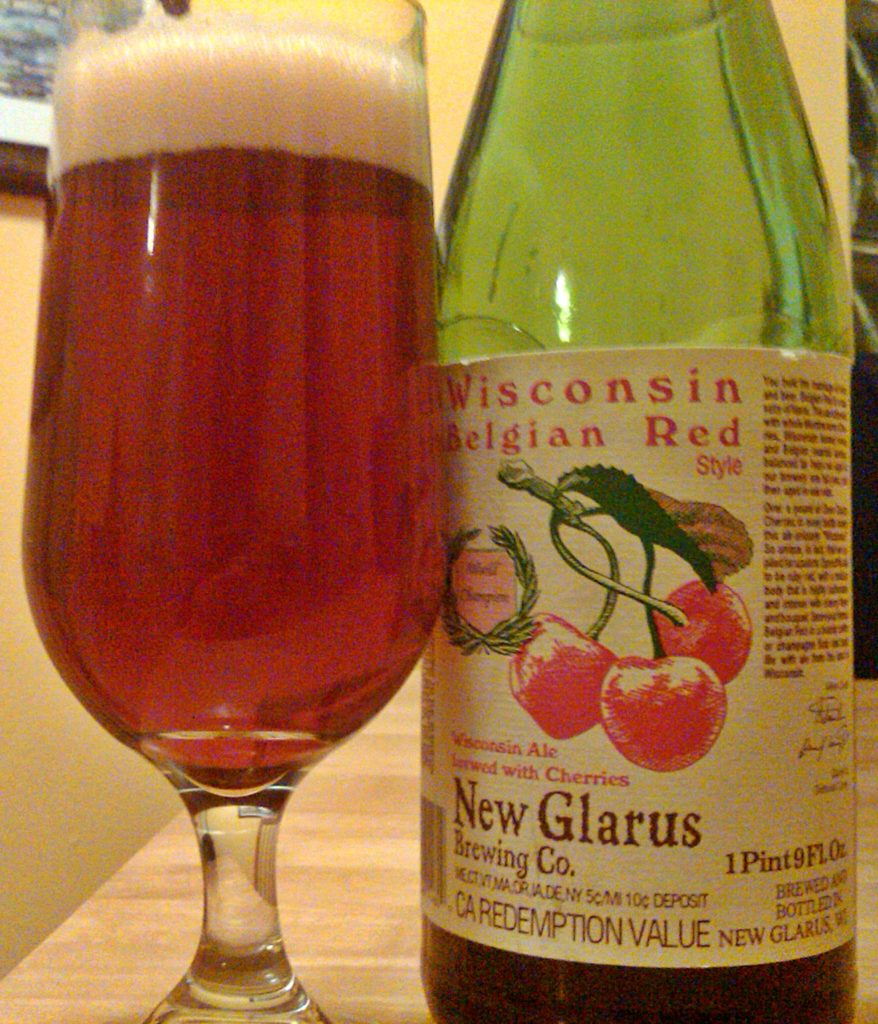 “Over a pound of Door County Cherries in every bottle makes this beer uniquely “Wisconsin.” So unique, in fact, that we applied for a patent. Expect this beer to be ruby red, with a medium body that is highly carbonated and intense with cherry flavor and bouquet.”

Ryan: We’ve talked once or twice – or maybe three times – of our love for New Glarus’ ability to put fruit in beer and make it great.  I’ve come across so many beers, whether they are raspberry ales, blueberry ales or cherry stouts, that are too heavy on the fruit.  There’s no balance.  Someone at New Glarus has figured it out.

This particular offering has bounced back and forth from the cellar and the fridge.  I’ve been wanting to try it ever since I picked it up in Wisconsin over the summer, but we’ve had other beers come along that have taken precedent.  So, I decided to forget the other Guys and I sat down with those low ABV, oh-so-very-cherry beer the other night.  And I was not disappointed.

Poured from a green bottle with a red, waxed cap Belgian Red is a somewhat translucent burgundy in color with a billowing, but thin, white head that builds fast and fades even quicker.  The nose is full of big, bright, juicy cherries.  It smells fantastic.  And it tastes just as good as it smells.  Cherries, obviously, dominate but this beer has some additional complexities.  The initial burst of tart cherries is followed by a general tartness, a little maltiness and then a bit of oak and vanilla.  The carbonation is very lively as well, almost champagne-like, allowing the flavors to pelt your palate.

Not only is there over a pound of cherries in each bottle but this beer has sat in oak tanks for a year.  That explains the oak and vanilla in the finish, which becomes more pronounced as this beer warms.

This is affordable and readily available north of the “Cheddar Curtain.”  Sadly, you can’t get this beer anywhere outside of Wisconsin but it’s worth the drive to find it.  For those of you in the Midwest, but this on your own Beer Bucket List.