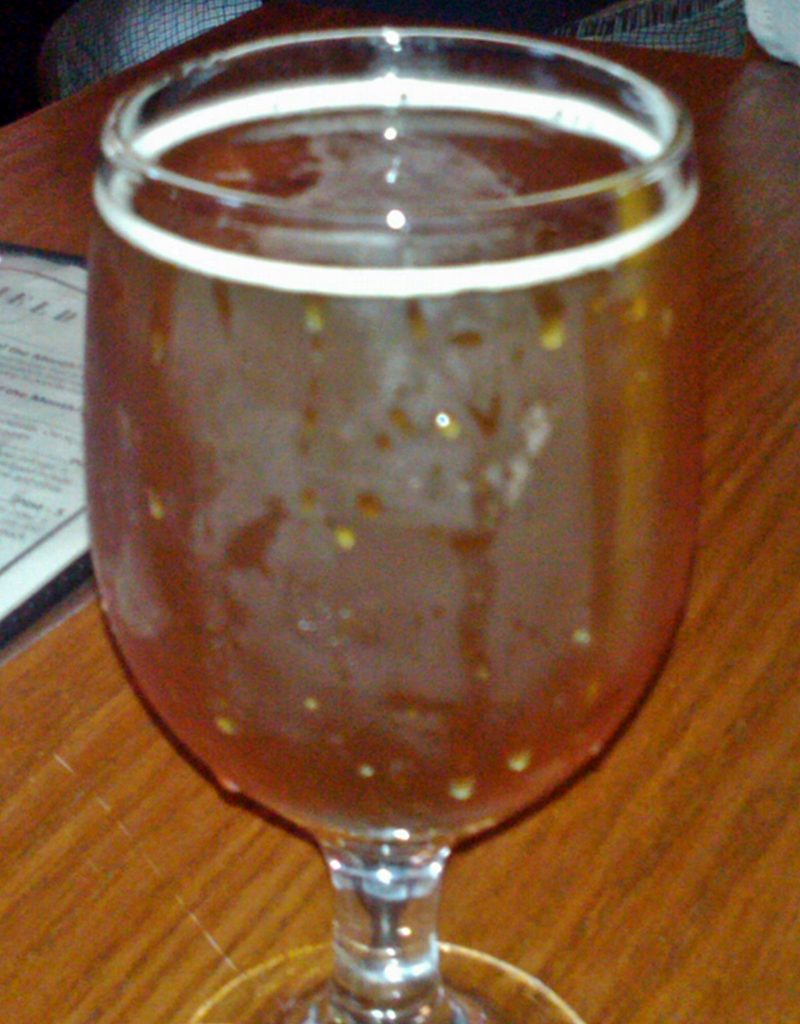 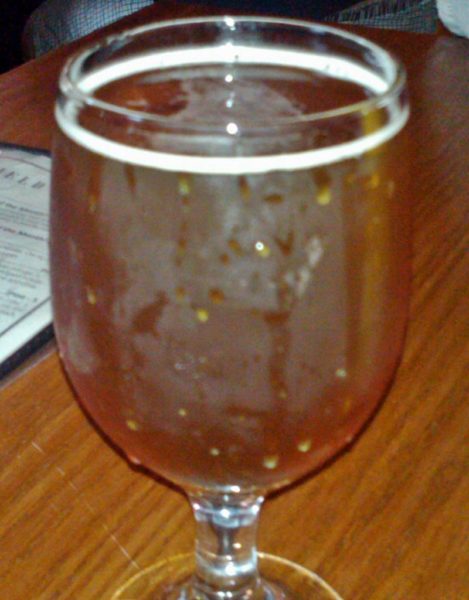 Not sure why the condensation drops are green. Weird.

“This is a coppery colored hoppy Belgian Ale. It was fermented with a Belgian Trappist yeast which created an estery aroma flavor, such as bubblegum, clove and banana. The Vienna and wheat malts used provides a sweet neutral bread-like base and a generous portion of European hops play an almost dominant role in the overall flavor profile.”

Ryan: It took some work to track down any info on this collaboration between New Holland in Holland, Michigan and The Livery in Benton Harbor, Michigan. It doesn’t show up on either beer advocate or rate beer and I had to dig all the way back to late April to find the above info on New Holland’s facebook page. I even initially tweeted them to find out the ABV. I also found, in my quest for information, what Lanterne Rouge means; it is the racer who finishes last in a cycling race. How about that?  As for the beer, well, it’s billed as a Belgian Pale Ale with a little Belgian yeast tossed in for good measure.  The result is a pretty solid collab between two great Michigan breweries.

The Laterne Rouge pours copper in color with a scant bit of off-white head that leaves some very thin lacing behind.  The nose is all banana and cloves with a little bit of floral hops trying to push through.  The first few sips left me kind of dumbfounded as to what was going on.  Although, I think I was again a culprit of too cold of a tap line.  I just couldn’t taste much.  And this is the second time that I have had a New Holland beer on draft at this particular bar that has come out too cold.  So, I let it sit for a bit and warm up and once it did I was able to get a much better handle on it.  The hops are present first and foremost, somewhat floral or earthy and not overpowering.  Then comes to Belgian yeast with a bit of bubblegum, clove and banana.  This beer finishes a bit creamy and very smooth.

For you hop-heads, know going in that a Belgian Pale Ale is not going to have the same citrus or piney punch that an American IPA is going to have.  The hops are bit more subtle.  So don’t expect to pucker.  The Belgian yeast added an interesting complexity to this beer as well.  Overall, a good beer worth sampling if you like or are intrigued by the style.