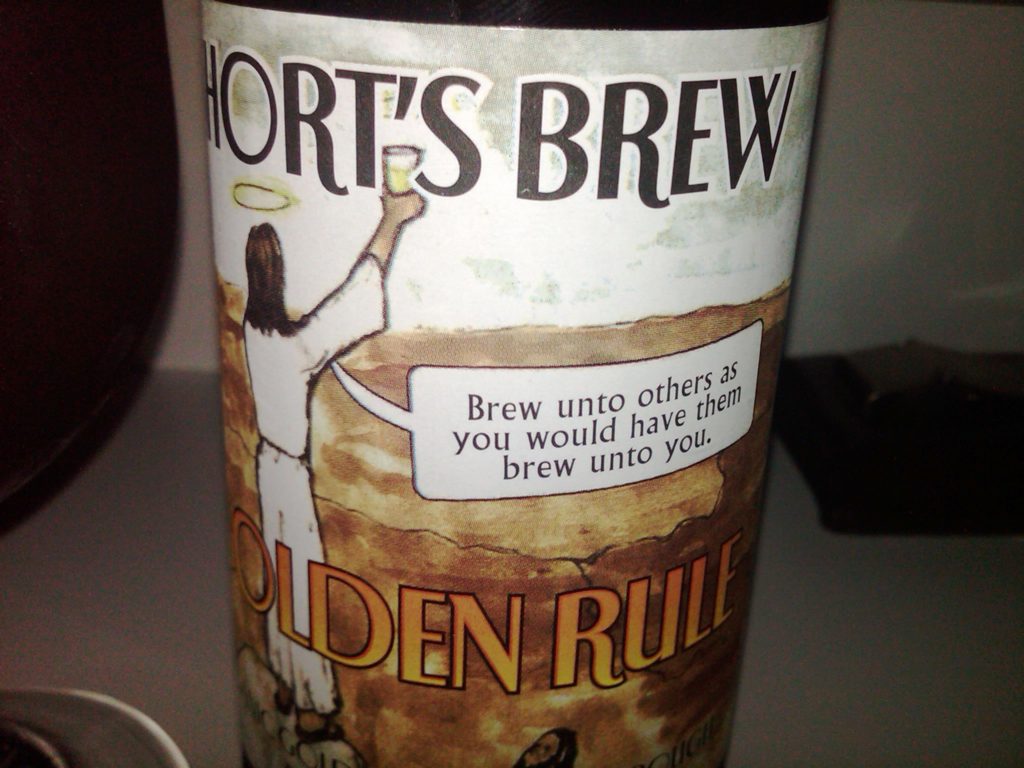 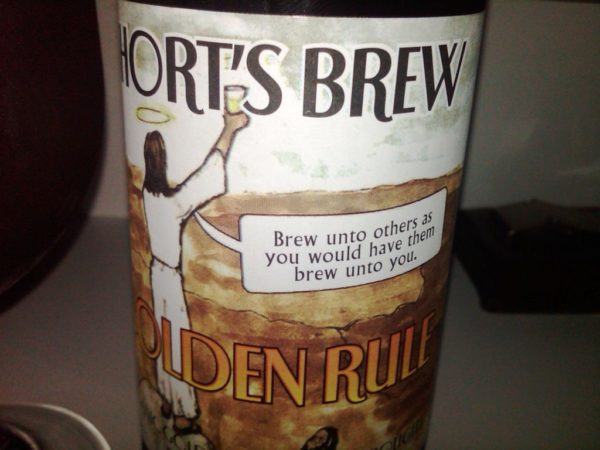 This beer is light tasting with the malt and hops melding beautifully, for a clean easily drinkable session brew.  Hops are light, but ever present and loaded with an earthy perfume with hop oils and resins that intrigue the palette.  Its designed to provide ultimate satisfaction to someone who really appreciates it.

Ryan: I picked this up in April during one of my work trips to Michigan.  Short’s had just released it as part of a limited batch of bottles to go out, along with a Smoked Apple Ale.  It’s nice to see Short’s releasing more of it’s beers into bottles; Bellaire, MI is a long drive from Chicago.

Poured from a bottle with a really awesome label into a Belgian tulip glass, the Golden Rule is a golden straw in color.  The nose is a mix of lemon, earthy hops, and spices.  The spice(s) is tough to pin down but it almost smells like peppercorns.  Nothing too strong, mind you, but there is a bit of pepperiness to this beer.

The taste is crisp and hoppy.  Refreshing.  The hops are more of the earthy and floral variety as opposed to a citrusy or piney hop character.  The Golden Rule finishes a little bitter with a touch of that peppery spice.

This is a great session beer with loads of flavor and a low ABV.  In my last trip to Michigan (early June) I did not see any around.  Hopefully Short’s releases more.  If not, The Guys may be forced to road trip up to Bellaire for a few growlers worth of The Golden Rule.