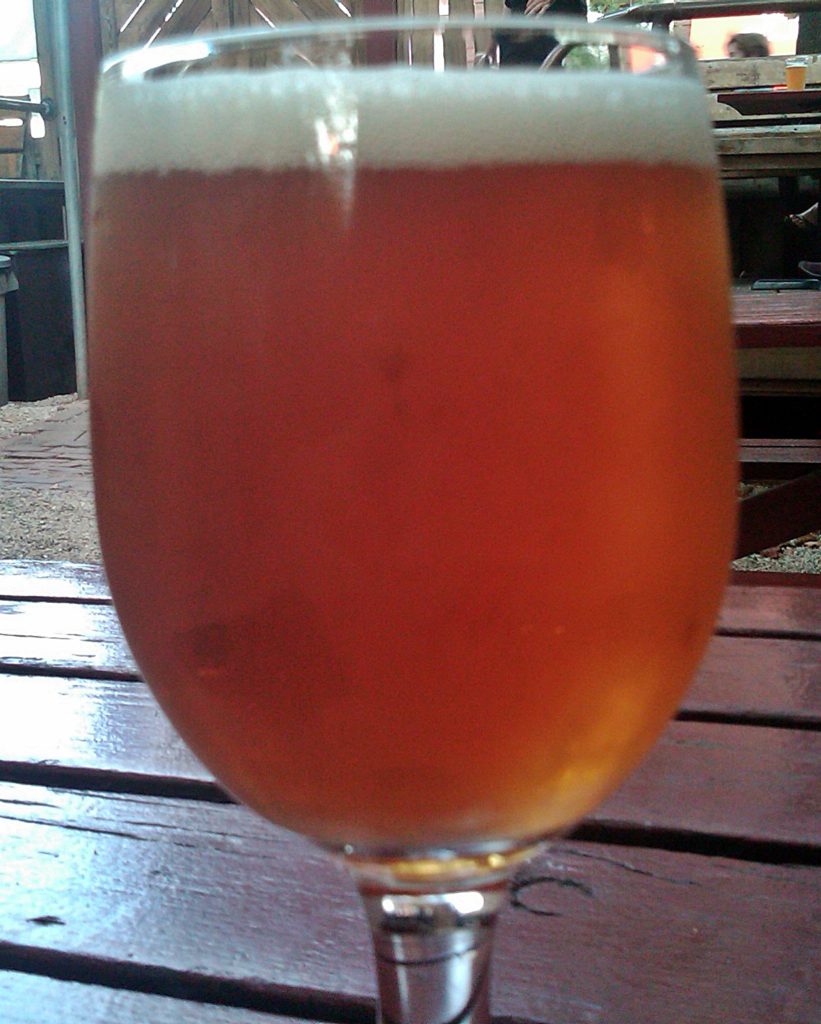 “Pumking is an ode to Púca, a creature of Celtic folklore, who is both feared and respected by those who believe in it. Púca is said to waylay travelers throughout the night, tossing them on its back, and providing them the ride of their lives, from whichthey return forever changed! Brewed in the spirit of All Hallows Eve, a time of year when spirits can make contact with the physical world and when magic is most potent. Pour Pumking into a goblet and allow it’s alluring spirit to overflow.”


Karl: It took me a little while to get into pumpkin beers, but when I did, it was Katy-bar-the-door pumpkin madness.  I couldn’t get enough of them back in 2007 and by far the finest example I’ve had in the past 3 years has been Southern Tier’s Pumking.  This huge-flavored Imperial Pumpkin clocks in at 9% ABV and has always covered it well with spices, graham cracker crust and pumpkin, pumpkin, pumpkin.  It was my favorite a few years back, and of all the styles of seasonal beers I feel like the most variety year-to-year happens in bottles of pumpkins.  So would this year still stand up to the memories in my head?

It did, actually.  I found a goblet on draft at Hackney’s in Printer’s Row, which is a surprisingly good (and mostly underrated) beer bar with a healthy selection which thankfully regularly updates at BeerMenus, which is exactly how I found my way to their Pumking.  (Take note, other bars that haven’t updated since ‘09 – you know who you are.)  This was my first exposure to draft Pumking, as previous years have been all bomber all the time.  And it was good.

The body was lighter than I remembered, which could have been an aspect of having it on draft.  In addition, this is one sharp beer, nutty and full of nutmeg up front, followed closely by cinnamon.  The pumpkin isn’t as nearly pronounced as I remember, but it does provide a base for the spices to float about on.  The finish is dry and the bitterness of the nutmeg battles back over the other spices for a near-finish that holds on tight to the palate.

However, not all is super-sharp.  The shining moment in this beer’s flavor profile is the final note that crashes over the palate, in the form of huge graham-cracker crust taste.  It’s so pronounced, in fact, that I almost had to double check to make sure that there weren’t crumbs anywhere near by.  It’s brown-sugary sweet and strong and very welcome after the bitterness of the spices.

In the end, this is still the biggest, boldest, most pumpkin-forward beers out there, even if some of the ‘kin has been backed off this year (or again, I’m just noticing the difference between draft and bottle).  That autumn flavor is really overwhelmed by the lingering nutmeg on the palate, however, so have another beer or two on hand to break its grasp.

Ryan: I, like Karl, have gone a little overboard on pumpkin beers in the past.  I can remember drinking pumpkin ale’s well into January and February because I stocked up on a ton in the fall.  I have since learned my lesson and only go after a select few pumpkin beers each August and September.  And the one I always seek out and pick up a few bottles of is Southern Tier’s Pumking.  Why?  Simple.  This is the only beer on the market that I think truly tastes pumpkin-y.  In fact, I typically describe it as tasting like pumpkin pie with the cool whip topping.  That’s not to say the other beers that we taste this week  are second rate.  But Pumking is the one that really gives the full pumpkin experience.

From the first whiff to the very last sip, this beer tastes like freshly baked pumpkin pie.  Pumking gives off some pleasant and warming scents of nutmeg, cinnamon and a freshly opened package of graham crackers.  Take a sip and you get…pumpkin pie.  And you can taste each layer; from the creamy pumpkin filling, to the graham cracker crust and the dollop of cool whip on top.  There are some hops in the finish too that stop this from being too sweet and cloying.

This beer has everything you would expect in a pumpkin ale; the cinnamon, nutmeg, graham cracker, brown sugar, allspice and – of course – pumpkin.  But it seems to take everything up a notch.  It’s bolder, stronger and in this case bigger is better.

There is a reason that this beer flies off the shelves and is only on tap for a matter of days.  It is a top notch pumpkin beer and may be king of the style.  Maybe.