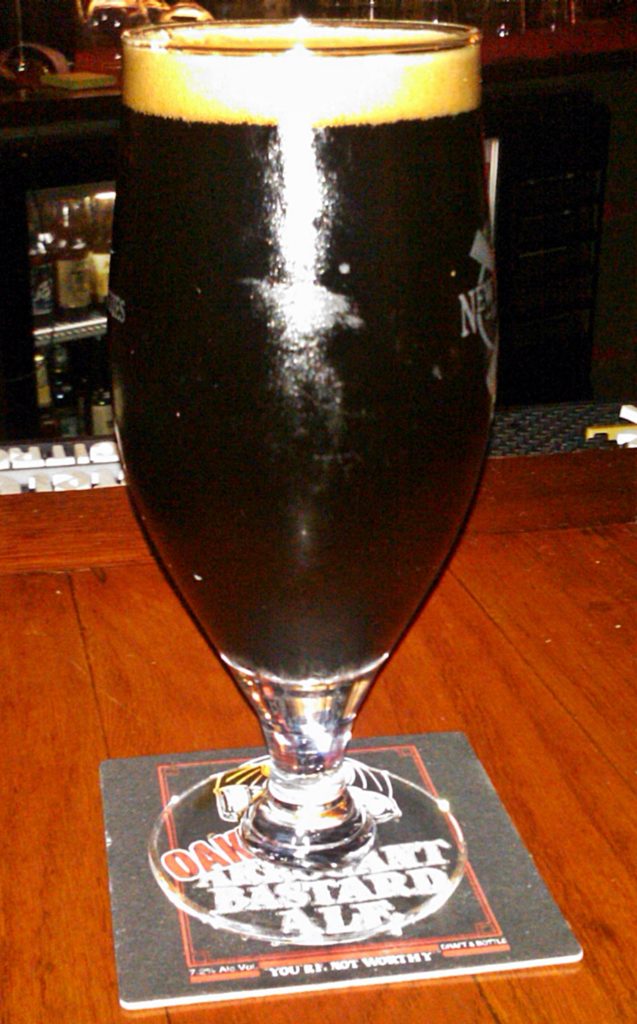 “This massive Russian Imperial Stout brings waves of flavors; chocolate, cherries, raisins, coffee, and toffee. We add a touch of hops to make this delicious brew even tastier.”

Last year I almost missed out on Surly’s monstrously awesome Russian Imperial Stout, Darkness.  I was late to the game and by the time I realized it was tapped – it was gone.  Thankfully, Jake Melnick’s still had some on tap and I was able to snag two pours before it was gone for the year.   This time around I was on top of things.  More accurately, people and bars on twitter helped keep me on top of things.

A handful of bars had tapped Darkness or had killed their lone keg of Darkness when I heard, by word of mouth (sooooo 2006), that Bad Apple on Lincoln had it available.  So I rounded up Frequent Commenter Ben (you’ve got a nickname!) and headed over there on a Thursday night.

I recall the ’09 version of Darkness being a hopped-up Russian Imperial Stout, reminiscent of Bell’s Expedition Stout or Victory’s Storm King Stout.  The ’10 edition was much smoother.  The hops were still there, but they hung in the finish giving way to some outstanding flavors.

Darkness pours…(drum roll please)…DARK!  My $7 pour, which was one of the better deals in Chicago, arrived as dark as dark can be with an off white, almost manila file folder cream in color head.  Aromas of rich, milk chocolate, brown sugar and a well-worn leather jacket and spearmint gum fill my nose.  Take a sip and you’ll find an incredibly complex beer.  You’re initially greeted with a wave of silky, creamy, smooth and rich milk chocolate.  It quickly gives way to a mix of smoked meats and soy sauce and finishes with a kiss of citrus hops.  The longer you let this beer warm, and you should because there is so much to appreciate here, the smoked qualities become more pronounced with a bit of tobacco emerging as well.

This will easily go down as one of the most complex beers I have ever had.  Surly pushed beyond what you would typically find in a Russian Imperial Stout and created a fantastic beer that will challenge the most sophisticated palates.